In The FBI in Latin America: The Ecuador Files, Marc Becker brings together and analyses an extensive documentary history of FBI, CIA and US State Department intelligence operations in Ecuador. This is an impressively researched and detailed book, writes Courteney J. O’Connor, that gives rich insight into leftist movements in Ecuador and contributes to scholarship on US interference in the internal politics of Latin American nations in the period. 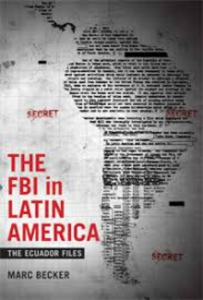 Authored by Marc Becker, The FBI in Latin America: The Ecuador Files utilises an extensive documentary history of intelligence operations in Ecuador to piece together an impressive account of the Latin America left from the Second World War through to the early years of the Cold War.

While American intelligence agencies have gained a significant amount of public exposure over the past few years, this book shows that, particularly in Latin America, US intelligence has been active and conducting extensive operations for many decades. Prior to the creation of the Central Intelligence Agency (CIA) with the 1947 National Security Act, it was the FBI under J. Edgar Hoover that started extending the US intelligence outreach into the Americas in a more organised fashion. According to Becker’s research, while the threat of fascism and Nazism spreading to the USA’s neighbours in Latin America was deemed a sufficient risk to establish an intelligence-collection capacity in the region, Hoover was almost militantly anti-communist, and in fact was more concerned with leftist movements in Latin America than with right-wing, fascist movements. Almost immediately apparent is the impression of American imperialism in Latin America, a theme that continues (though not without substantive evidence) throughout the text.

The initial FBI intelligence programme in Ecuador was hardly well-funded, well-organised or well-handled. The Special Intelligence Service (SIS) programme was classified, to the extent that few of the agents sworn into it could accurately tell you what it was; most of those sent to Latin America had little to no language skills with which to carry out their work and hardly any idea why they were in Ecuador in the first place. Regardless, these nascent intelligence operatives were soon collecting information (rather ham-handedly at first) on Ecuadorian political groups and activists. Becker points out that, regardless of the initial motive, diplomatic interest in a country rarely remains purely political, and the economic intelligence coming out of Ecuador resulted in sustained US economic interests that were heavily protested by the leftists (31), such as American airline services, postal services and the import of Ecuadorian raw materials. Becker’s research also shows how involved some of the FBI agents became in Ecuadorian policy and law: when posted to the local embassy, at certain points the FBI legal attachés were even drafting ‘decrees and other formal documents for local officials to sign’ (41). 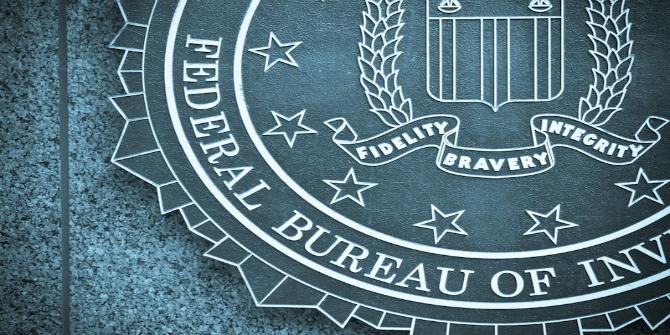 What is communicated clearly throughout the book is that despite Hoover’s claims and posturing to the contrary, communism was never a true risk to US interests in Ecuador. Moreover, while the initial justification for an intelligence apparatus in Ecuador was the suspected presence of Axis influence, this reason was minimal and always took a backseat to Hoover’s obsession with communist activity. This meant that, despite the majority of in-country files being destroyed during the intelligence handover from the FBI to the CIA in the mid-to-late 1940s, there is an extensive documentary record of leftism both in Ecuador and in Latin America generally. These records have helped to piece together not only Becker’s research for this text, but the history of the left in Latin America in general. Many of the sources of which Becker made use are not freely available in Ecuador, so rather inadvertently the FBI performed a commendable service in recording so much information. Nonetheless, an important point about the FBI intelligence-gathering practice made in Chapter Two is that the information gathered is a product of gender bias: the agents were white, male and of moderately privileged backgrounds. Their collection activities tended to focus on male activists, and so little information was ever gathered about women, Indigenous activists, Afro-Indigenous people or rural individuals. As such, even this text on the history of the left in Ecuador does not contain a fully balanced view, though this is through no fault of the author.

One of the themes that also threads through the entire text is the lack of cohesion of leftist movements in Ecuador. Despite there being two main leftist political parties—the Communist Party of Ecuador (PCE) and the Socialist Party of Ecuador (PSE)—as well as other minor left-aligned organisations and labour movements, their lack of cohesive vision or ability to cooperate for extended periods of time fractured the potential of the Ecuadorian left to truly instigate lasting structural change in Ecuadorian government and politics. In addition, even after the communists gained a certain amount of political influence after the May 1944 revolution (‘La Gloriosa’), they did not have the political knowledge or experience necessary to capitalise upon it, resulting in a concentration of skills and resources in the area of constitutional and legislative change but a stultification of party membership as recruitment fell by the wayside. Accordingly, despite communist and socialist support of La Gloriosa, the government eventually swayed to the right once more and the left fell out of all favour and influence once again.

By the 1947 coup that overthrew President Velasco Ibarra (put into power by La Gloriosa), however, the FBI had destroyed most of their records and handed over what was left to the nascent CIA and the already-established State Department. As such, surveillance of the political left in Ecuador continued, and eventually grew further. Recent events such as the Wikileaks releases have illustrated both the extensive efforts and the institutionalised nature of US intelligence operations internationally, despite a technical policy of non-interference (codified, in fact, in the United Nations Charter).

Becker has done extensive research for this book, and his close examination and analysis of the documentary record left behind by FBI, CIA and State Department surveillance of Ecuador are both apparent and appreciated. The attention to detail and the way he has woven together this history of the left are impressive; despite shortcomings in the documentary record, he has presented multiple perspectives, including those of Indigenous groups and of women, though by necessity to a lesser extent. Becker makes it clear throughout the text that he considers the actions of the United States in Latin America imperial in nature, and in some cases paternalistic. Their interference in internal politics is viewed as an attempt to draw the Latin American nations into the US sphere of economic and political influence, and Becker has distinguished a legacy relationship between these efforts and the stilted, inefficient structures of Latin American economies and production capacities in the current age. This is an interesting, well-researched text and I commend the author for the work involved.