One major goal for elected officials and policymakers is to improve the happiness of their constituents in cost-effective ways. But how do individuals’ circumstances influence which policies are likely to make them feel more satisfied with their lives? In new research which draws on a large Connecticut-based survey, Christopher Barrington-Leigh and Jan Wollenberg find that improvements in areas of people’s lives such as food security and social engagement can lead to much greater improvements in their happiness compared to increasing their incomes. With that in mind, they recommend that by targeting specific groups and needs, state and local agencies may be much more effective at improving happiness compared to more blanket measures which affect everyone.

How satisfied are you with your life? There is an increasing interest in the use of measures of subjective well-being to inform policy decisions. The simplest approach to evaluate lives, overall, is to simply ask people how satisfied they are with their circumstances. These types of subjective wellbeing measures are “arguably the most democratic of well-being measures, since they reflect not what experts or governments think should define a good life, but instead represent a direct personal judgment,” according to the United Nations Sustainable Development Solutions Network World Happiness Report. Collecting and analyzing this type of data can help us to understand how different life circumstances influence well-being and can help guide us when deciding how to best allocate resources to improve life satisfaction.

In Connecticut, a series of locally-based efforts conducted over the past decade have sought to collect this type of information to better understand well-being and quality of life. With the guidance of DataHaven, a Connecticut nonprofit, these local surveys have grown in scope and quality; in 2015, for example, DataHaven conducted live, in-depth, interviews with over 16,000 randomly-selected adults statewide during the DataHaven Community Wellbeing Survey. This survey, which is now believed to be the largest of its kind in the United States, covers satisfaction with life, physical and mental health, neighborhood conditions, economic opportunity, housing, transportation, and civic engagement (it is being repeated and expanded this year with support from 75 public and non-profit funders). Most importantly, the results of the survey provide a snapshot of what people across the state are experiencing, and how those experiences influence individual well-being.

Photo by Alex Block on Unsplash

Our study revealed enormous effects for security and social engagement as compared with variations in income. For example, our results suggest that feeling food secure is predicted to improve life satisfaction to the same degree as a four-fold increase in household income. Similarly, feeling like you can trust the people in your neighborhood is as important for life satisfaction as a five-fold increase in household income. Finally, the survey revealed that the perceived responsiveness of local government to the needs of citizens is very important, showing that people who feel supported and connected to where they live are more likely to be satisfied with their lives.

We used the expected gains in life satisfaction from different policy areas to evaluate which forms of spending might lead to the largest increases in average life satisfaction across a population. When a given life circumstance improves (e.g., providing health insurance to all those who are uninsured), the overall increase in life satisfaction depends not only on how much the change increases life satisfaction for a given person, but also on how many people are struggling with that particular issue. Providing employment to someone who wanted to work, for example, would generate a larger improvement in that person’s life satisfaction compared with improving the walkability of their neighborhood. However, since our survey reveals that a much larger number of people report living in low-walkability neighborhoods compared with being unemployed, the aggregate benefit of ensuring neighborhoods were walkable would actually be higher than ensuring everyone had work.

Some circumstances are not the kinds of things that policy makers currently have the tools or know-how to change. For instance, being able to trust your neighbors appears to be enormously valuable to a sense of overall satisfaction with life. Progress is being made on how better to measure trust levels, and on ways to design buildings, spaces, and services to promote it. Similarly, the perceived responsiveness of local-government to the needs of residents emerged as a strong contributor to improved life satisfaction. Given that only 10 percent of Connecticut residents reported feeling that government responsiveness was “excellent”, the survey results suggest that life satisfaction in the Nutmeg State could be greatly improved if most people felt that local government was responsive to their needs. Moreover, while the cost of providing health insurance or food security for all individuals can appear very expensive when there are large numbers in need, measures to improve public goods, such as trust or confidence in government, would help everyone at once and so have the potential to improve average life satisfaction at a relative bargain.  These types of analyses can thus have surprising implications in cost-benefit calculations when the conditions to be changed are collective, rather than individual, outcomes.

What does all this mean for local and state agencies? The insights, based on the DataHaven survey—whether at the level of the state’s entire population or at the level of a single program—can suggest cost-effective ways to improve life for the widest range of people. Increasing families’ incomes across the board would be a costly endeavor, but improving the safety net for those most affected by financial hardship, improving access to nutritious food and health care, strengthening neighborhood cohesion and walkability, and deepening people’s relationships with different levels of government may be more easily attainable, and fall within the purview of state and local governments. Getting the biggest bang for their buck, and reaching the broadest population in the process, can help decision-makers make Connecticut a better place for everyone to live.

Jan Wollenberg – Natural Resources Canada
Jan is a policy analyst with the major projects management office at Natural Resources Canada. Prior to joining NRCan, he worked for an environmental consulting firm in Montréal. Jan is a firm believer in the importance of multi-disciplinary research and its ability to help inform effective policy. 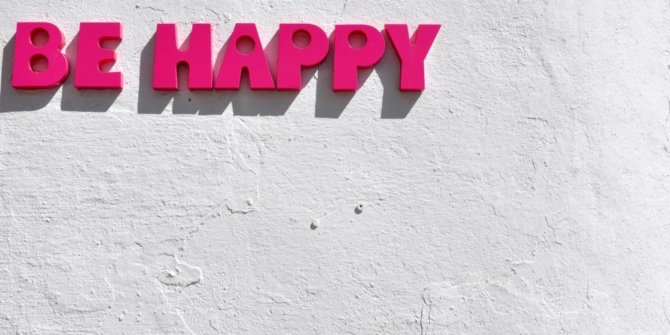