In Belt and Road: A Chinese World Order, Bruno Maçães discusses the contours and possibilities of China’s Belt and Road Initiative, an expansive project that explicitly seeks to reconfigure the contemporary global economy with socioeconomic and geopolitical implications for each of the countries involved. Maçães’s thorough analysis succeeds in capturing the exuberance as well as the apprehension generated by the Belt and Road, writes Juvaria Jafri.

In Belt and Road: A Chinese World Order, Bruno Maçães discusses the contours and possibilities of an expansive project that explicitly seeks to reconfigure the contemporary global economy. This is China’s Belt and Road Initiative, or BRI, which has been the subject of exuberance as well as apprehension: not only does it involve a large number of countries, but it has socioeconomic and geopolitical implications for every country involved.

Throughout the text, Maçães prefers to use the term ‘Belt and Road’ over the more succinct — and increasingly popular — ‘BRI’. This has the effect of giving credibility to the author’s speculation that eventually, Belt and Road terminology will be used much like ‘the West’ is to refer to the contemporary order. This musing reveals Maçães’s central argument: that the Belt and Road has the capacity to blaze a path to an alternative world order that reflects new universal values. At some points in the text, this comes across as a utopian promise; at other points, an improbable claim. These perspectives are compared and contrasted over the course of five chapters.

The first of these chapters includes a brief discussion of the historical circumstances that led to the current form of the Belt and Road. Some observers have tended to describe this project as the ‘New Silk Road’, and Chinese authorities initially launched it as ‘One Belt, One Road’. Launched globally in 2015, the project as a whole is due to conclude in 2049. The benefits of this strategy for China are fairly obvious: it enables China to access new markets for exports, and also receive more favourable terms for imports. Opportunities such as these also bolster the position of the renminbi as global trade and investment currency and challenge the ascendancy of the US dollar. Other than economic dominance, the Belt and Road has been worrying for Western powers — particularly the United States, France and Germany — because of its implications for military strategy. The construction of ports in countries such as Djibouti, Pakistan and Sri Lanka is a sensible plan for enhancing trade but also Chinese naval prowess.

The second chapter is an overview of the ‘nuts and bolts’ of the Belt and Road, with Maçães noting that Chinese authorities have resisted comparisons with the Marshall Plan by using two arguments: firstly, the Belt and Road is about ‘a new model of international relations’ and not the restoration of an old one; and secondly, because the Belt and Road emerges from inclusive cooperation rather than geopolitical strategising. These notions are a reflection of ‘Tianxia’, which Maçães describes early in the book:

The general principle of Tianxia — which literally means All-under-Heaven or World — is that relations between units or actors determine the obligations corresponding to their network ties. Relations are based on mutual benefit — or win-win in common parlance — and once established they should take precedence over individual choices. The Western mode of association, which presumes the autonomy of individual units and consists of clear boundaries between the Self and the Other, is excluded (27).

The third chapter discusses the economic implications of the Belt and Road and draws attention to how this strategy builds upon China’s earlier successes. Value chains are at the core of this strategy and have been instrumental to China’s integration into the world market which began four decades ago under Deng Xiaoping’s liberal reforms. This growth trajectory was centred on abundant unskilled labour. But in the contemporary global economy, unskilled labour has limited capacity to drive growth. In 2015, Chinese policymakers acknowledged this by publicly observing that their country faced a very real risk of falling into the formidable and infamous ‘middle income trap’, in which they are squeezed between low-wage competition in mature industries and rich country innovators in emerging technology-led industries. Among the strategies to overcome this is an emphasis from China on global standards. The control of global standards is a considerable source of revenue and multinational companies that own patents earn billions of dollars in royalties internationally. Chinese companies that manufacture electronics, including mobile phones and DVD players, pay large royalty fees on wholesale prices on products that they export. The Belt and Road is an opportunity for China to export standards and receive fees, rather than conform to foreign standards and pay fees.

The next chapter is the fourth and penultimate one. It is here that the author shares his scepticism about the Belt and Road, particularly in the context of borders and conflict in the Indian subcontinent. Pakistan’s role as the ‘crown jewel’ of the Belt and Road is reflected in the China-Pakistan Economic Corridor (CPEC). Neighbouring India’s worries about this underpin alliances with Afghanistan and Iran. Perhaps the most prominent instance is India’s $500 million investment in Chabahar Port. This is strategically located in the Sistan-Baluchistan province — which shares borders with both Afghanistan and Pakistan — and allows India to directly access Afghanistan and other landlocked markets in Central Asia. And while India, and also Japan, have an eventual place in the overall project, this has yet to be clearly established. While both India and Japan are known for malleable positions on the Belt and Road, with shifts occurring with new developments, the European Union does not enjoy such flexibility: the EU is described as being ‘in the difficult position of not being able to oppose an international project of economic integration while being equally incapable of joining it as a mere participant’ (145).

The final chapter is a consideration of various scenarios. In one such scenario, China becomes a prosperous and successful economy, converging with the Western political and social model. This scenario is one in which China has not sought to replace US hegemony but has nevertheless developed alternative institutions in finance, trade, infrastructure and security to reduce dependence on the West. Another scenario is one in which China replaces the US as the core political and economic power. For this to materialise, Maçães notes that ‘China will need to offer the world a vision of international order that is legitimate and functional’ (168). A third scenario is one in which there is ‘normative clash between two visions of the world order’ (169), with the Belt and Road posing a direct challenge to society as a product of Western liberalism. Maçães does not reveal which scenario he finds more or less likely; instead, he calls for abandoning parallels with the eighteenth- and nineteenth-century events associated with the global preeminence of the West. To describe a new Chinese world order is to speculate about the shareholders, shapers and ‘balancers’ of the future.

Maçães does an excellent job of capturing the exuberance as well as the apprehension that is the product of China’s endeavour to become a — different kind of — superpower.  But there is limited engagement with the complexities of expansion into poor countries: a practice which has attracted concerns about extraction and exploitation, particularly through debt. Even prior to the Belt and Road, China had engaged in various ways with countries in Latin America and Africa but this is not part of the key discussion.  But these are minor shortcomings and do not take away from the overall analysis, which is thorough and combines optimism with practicality. 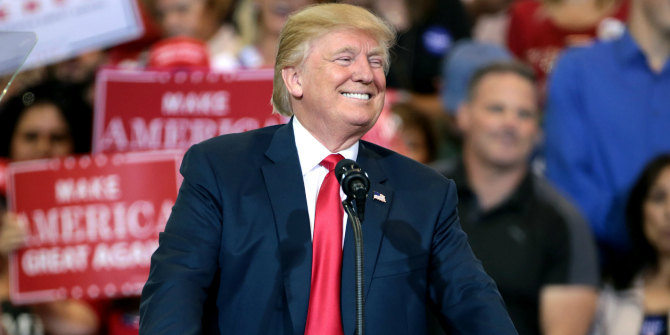 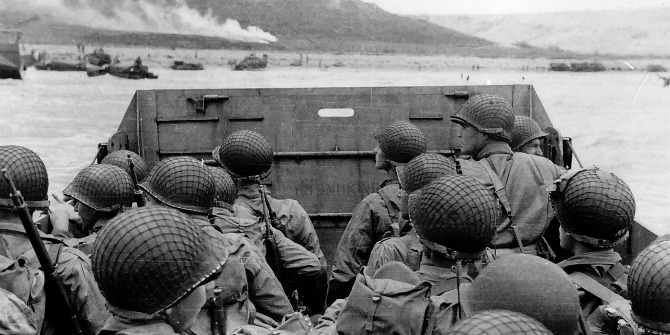 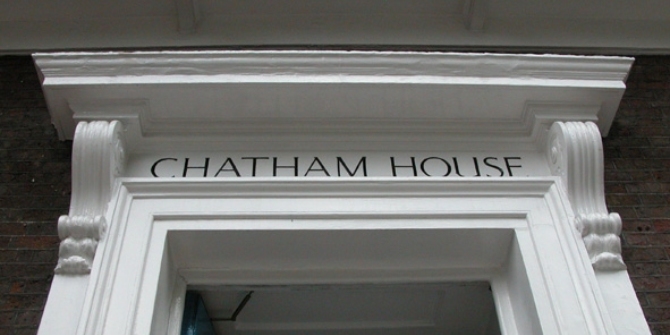