Parties of the centre-left in the US, the UK and a number of other countries win legislative power less frequently that their centre-right competitors, relative to the share of the votes they get at elections. This is because of the electoral system deployed in these countries and the geographies of party support. Ron Johnston reviews an important new book, Why Cities Lose: The Deep Roots of the Urban-Rural Political Divide by Jonathan A. Rodden, which clinically uncovers the significance of these geographies, creating a ‘dilemma of the left’ that has increasingly characterised contemporary American political life.

Why Cities Lose: The Deep Roots of the Urban-Rural Political Divide. Jonathan A. Rodden. Basic Books. 2019.

A fundamental law of British elections – that it is not only how many votes you win but where – has been well-known to the Liberal Democrats and their predecessors for decades and was a lesson sorely learnt by UKIP in 2015; Labour is also aware that geography usually operates against it, the 1997, 2001 and 2005 elections being major exceptions. The reasons why parties rarely get a share of the seats commensurate with their share of the votes are geographical, as Graham Gudgin and Peter J. Taylor set out in their 1979 classic, Seats, Votes and the Spatial Organisation of Elections: how a party’s votes are translated into seats is a function of how concentrated they are in particular places, how clustered together those places are and how they are distributed across the constituencies that return MPs to the House of Commons.

Jonathan A. Rodden returns to this subject in his deeply researched, easily accessible exploration of Why Cities Lose. His focus is on the US Democratic Party and the observation that although its candidates are well able to win state-wide contests, such as the presidency and governorships, they are much less able – more so in recent decades than previously – to win majorities in the state delegations to the House of Representatives, even failing to do so in states where they get a majority of the votes.

The reasons why Democrats tend to get a smaller share of the seats than of the votes, whereas the reverse characterises the Republicans, are the same as those identified by Gudgin and Taylor: geography. Support for the Democrats – especially since they ‘lost’ much of the South in the 1970s – is concentrated in the country’s cities, where they tend to win by large majorities. Elsewhere they have little chance of victory, so they ‘waste’ votes both in the cities where many districts are won by large majorities and in the rural, small-town and smaller city areas where their support is too thinly distributed to gain them seats.

This over-concentration of Democratic voters in America’s cities is a relatively new phenomenon: there was no such pattern in 1916 according to an early example of Rodden’s informative graphs and maps. By 1960 there was a clear trend that the higher an area’s population density, the larger the Democrats’ vote share; and by 2016, that relationship was much steeper. Rodden terms that changed geography ‘the long shadow of the industrial revolution’: Hillary Clinton’s support in 2016 was greater in counties the larger the share of manufacturing in their employment totals in 1920, but it was smaller in other parts of the country, the larger that share of manufacturing in 2010. Manufacturing has moved from the country’s rustbelt to smaller centres in other states but support for the Democrats is weak there; their strengths remain in the places where they mobilised support among the unionised workforces of large plants.

To this has been added increased support in those cities transformed from hubs of the industrial revolution – Boston, Chicago and New York, for example – to centres of the booming knowledge economy. The young professionals attracted there, as well as to places like Seattle and San Francisco and its hinterlands, have adopted the Democratic Party, which promotes their socially liberal views against the much more conservative opinions embraced by the Republicans who now predominate in the suburbs and beyond, where evangelical religions are much more common among the white population. And the big cities, plus many of the declining industrial centres, are also home to large proportions of the country’s ethnic minority populations, many of whom are much more likely to vote Democrat than Republican.

Political geography, then, is the Democratic Party’s dilemma. It wins too many votes in the wrong places so that its electoral strength is dissipated compared to its opponent’s; Republican votes are more efficiently distributed. Rodden develops this argument through a series of chapters that are based on a great deal of careful assembly, analysis and visual presentation of big data sets. These are central to the case, but do not dominate – the book is not a technical treatise, and material that could be used in a plethora of academic papers has instead been condensed into valuable vignettes that sustain the argument without unnecessary display of technical virtuosity.

The general argument is bolstered through many local examples: there is an entire chapter on ‘What is Wrong with the Pennsylvania Democrats?’, illustrating the geographies that characterise much of rustbelt America. Within Pennsylvania, the city of Reading is used to provide even more local evidence of the importance of detailed geographical patterns – and John Updike’s character Rabbit, a Reading denizen, is deployed to give individual-level evidence of the political patterns Rodden is drawing out from his statistical analyses.

Although Rodden’s overriding concern is with the politics of the US, the book is not focused on there alone. The Democrats’ geographical dilemma is shared by the parties of the left everywhere – their votes are spatially more concentrated than their opponents’. But it is particularly acute in countries that, like the US, elect the people’s house of their bicameral legislatures from single-member districts – Australia, Canada and the UK (less is said of uni-cameral New Zealand). There, too, left-wing parties form governments less frequently than others not because they get fewer votes across a sequence of elections but rather because, as in the US, their votes are less efficiently distributed: they waste too many by both winning with large majorities in urban-industrial areas and losing by less substantial margins almost everywhere else.

Much of the discussion is of the first two of the three geographical components of vote distributions – concentration and clustering – but the third, the map of constituency boundaries superimposed on those maps, gets consideration too. The US, but not the other three countries, is characterised by the boundary-drawing for Congressional districts in many states being undertaken by the party that predominates in the state government – by gerrymandering. The clustering of Democratic support into districts won by large majorities could result from packed gerrymandering, therefore; but through further detailed statistical manipulations, Rodden argues that this is likely to be only a minor cause of Democratic underrepresentation. In some states, especially since 2010, Republicans have drawn maps that make the geography of Democratic support even more inefficient, exacerbating the party’s dilemma. In those where Democrats have drawn the map, they may have been able to somewhat neutralise their disadvantage but rarely gain an advantage – the other geographies are too much against them.

So why not change the electoral system to something that does not discriminate against one of the parties? Many western European countries moved to proportional representation systems during the twentieth century, when the established parties embraced change in order not to be squeezed out by burgeoning working-class parties. Neither the US nor the other three countries Rodden studies followed that route, however, and a separate chapter explores why. Moves to proportional systems are likely to disadvantage larger parties, hence their opposition to change – once it became one of the UK’s ‘big two’, Labour ended its support for electoral reform. Smaller parties support reform, but lack the power to achieve it – as the UK Liberals and their successors discovered after they were ousted from the ‘big two’ during the 1920s and 1930s.

The consequences of these geographical dilemmas for American politics – as in the other countries discussed – are profound. To win Congressional majorities the Democrats must be successful in the suburbs as well as the inner cities and rustbelt towns, but their strength in the latter areas means that activists there can dominate the party’s platform. The party must somehow, as Rodden puts it, resolve the battles between ‘urban purists and suburban pragmatists’ – something New Labour managed in 1997. Failing to do that, he argues, means that the countries with single-member districts will continue to have poorer public services than those with proportional representation systems where parties of different ideological hues are constrained to work together.

Parties of the left are currently sustained by increasingly fragile ‘coalitions’ between the ‘old left’ of the once-industrialised towns and cities and the ‘new left’ of the globalised knowledge-economy hubs. This fragility was apparent across the Atlantic in 2016 when Trump focused much of his campaigning on the white working class in the rustbelt areas; he gained sufficient votes there to squeak home in the Electoral College, while failing to make any advance in the knowledge hubs. A few months earlier in the UK referendum on leaving the European Union, many erstwhile Labour supporters in its traditional northern heartlands voted Leave, while in London and a few other places their contemporaries strongly supported Remain. Corbyn regained enough votes in the former areas to increase the party’s performance very significantly in 2017, but its support base there looks increasingly fragile, as the 2019 European Parliament elections showed. And 2020 will reveal whether the Democrats can repulse Trump’s earlier advances in the key rustbelt states. Geography is key to so much in the operation of democratic electoral systems.

And that is what Rodden has so superbly demonstrated in Why Cities Lose. This is an excellent book, accessible to all, absolutely necessary reading for everyone interested in the contemporary political condition not just in the US but in the UK and elsewhere. The dilemma of the left is a geographical dilemma. 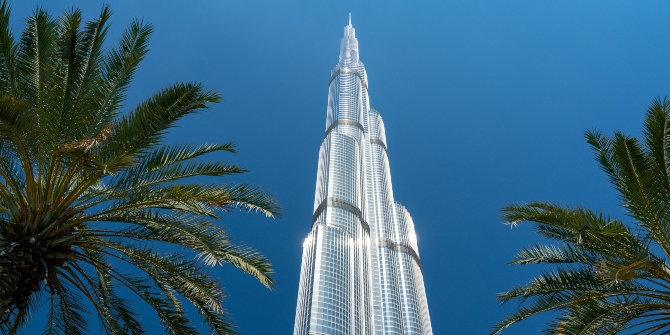 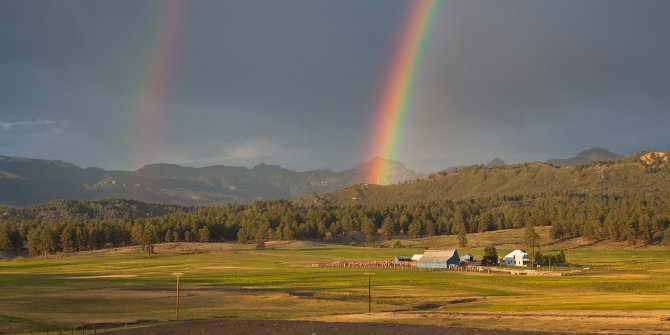 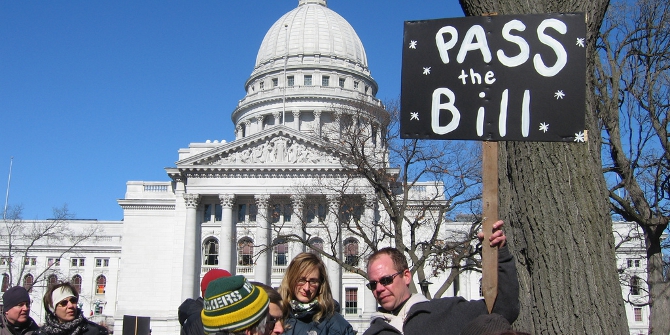