Democracy requires that citizens be empowered to speak their minds across a wide range of issues. But in order to ensure democratic equality, do we have to include and listen even to those hateful, racist, or misogynistic voices that would seek to undermine democracy? Mary F. (Molly) Scudder argues that it is only with reference to the concept of ‘uptake’ that we can effectively deal with anti-democratic speech and arguments. She argues that if we first consider and critically engage with what others have to say, we are then justified in rejecting their input and even shutting them down. Focusing on the importance of uptake in democratic deliberation, she argues, can sound the alarm – alerting people to threats to democracy – while also helping to ensure that the voices of the marginalized and oppressed are not dismissed or ignored.

Efforts to make political debate more democratic often focus on inclusivity. And it’s true that democracy requires citizens be given a seat at the table and a chance to speak their minds. But does this democratic expectation of inclusion apply even to those people who seek to destroy democracy? In other words, does a commitment to inclusion require that we include the voices of democracy’s enemies, e.g., misogynists, racists, and authoritarians? Or, are we justified in excluding those who seek to exclude?

This apparent tension in the ideal of inclusion can be seen not only in politics, but in academia and the workplace, too. For example, do universities have an obligation to play host to all manner of speakers, including those who spout neo-Nazi and White nationalist rhetoric? While these questions almost always get subsumed by debates about free speech, they also have important implications for our thinking on the meaning and value of inclusion. Inclusion is assumed to be a universal good. Is such an assumption warranted?

Uptake allows us to defend against undemocratic voices

The challenge that undemocratic and exclusionary ideologies pose to the ideal of inclusion can be resolved if we recognize the importance of “uptake.” Uptake is the fair consideration of the arguments, stories, and perspectives that citizens share in deliberation; in other words, uptake means listening and paying attention to the points of view of others. Uptake ensures that the voices and perspectives included in debate are actually heard and critically examined. For deliberation to produce democratically legitimate decisions, uptake must follow inclusion. It is the critical engagement at the heart of uptake that helps democratic citizens prevent undemocratic and dangerous inputs from gaining undue influence.

Relying solely on the ideal of inclusion, we have no choice but to exclude or ignore the voices and ideas we think should be denied influence. But there is no way, independent of uptake itself, for us to determine what those ideas are. Once we recognize the importance of uptake, we can better understand the imperative to include even those who seek to exclude. It’s not that the inclusion of hateful and undemocratic voices necessarily improves democracy. It does not. Instead, the crucial point is that we cannot, prior to the act of uptake itself, determine which ideas deserve to be rejected or ignored in the first place. But after I have fairly considered what another has to say, I am justified in rejecting it.

Democratic citizens can appeal to the ideals of inclusion and uptake when shutting down or shouting over White nationalist groups. Take, for example, the Unite the Right rally held in Charlottesville, VA in August 2017. While democratic citizens should feel empowered to shut down White supremacists and neo-Nazis, it’s not because the latter don’t deserve a fair hearing, but because they have already been given one. Indeed, what strengthens the counter-protesters’ swift rejection of the White supremacists’ rhetoric on August 12, 2017, is precisely that it was taken up before being rejected. Charlottesville’s residents were bombarded with the messaging of White supremacists in the weeks and months leading up to the Unite the Right rally. And the decision that the Unite the Right rally was protesting – namely, the decision to remove the Robert E. Lee statue from the newly renamed Emancipation Park – was only made after months of inclusive public deliberation. Charlottesville residents could say with full democratic legitimacy that they reject the input of White supremacists.

When it comes to forming political opinions, citizens ought to listen seriously and attentively to what others have to say. But this listening need not carry on forever. Indeed, even if I walk away from or shout over the person, I do not weaken the normative power of deliberation, so long as I have first considered the sense and meaning of the other’s claims.

“IGNORE” by Daniel Kulinski is licensed under CC BY NC SA 2.0

Admittedly, in pursuing the ideal of uptake, we run the risk of normalizing and legitimizing dangerous and undemocratic inputs. But it is uptake that, if functioning properly, allows a democratic system to protect against and deny undue influence to anti-democratic inputs. Uptake can effectively sound an alarm, helping citizens identify and defend against threats to democracy. In other words, uptake can be used defensively by democratic citizens. Crucially, the ideal of uptake does not require committed democrats to participate in the constant re-litigation of their rejection of White supremacy or other undemocratic ideas. But they still have to give all citizens a fair hearing, at the very least so that they know whether a person’s ideas deserve to be rejected on the basis of their considered condemnation of White supremacy. As mentioned above, it is only by taking up what others say that citizens can determine which ideas and perspectives ought to be denied influence on our collective decisions.

Recognizing the insufficiency of inclusion and the need for uptake not only helps protect against hateful and undemocratic inputs, but can also help ensure that the voices of the marginalized and historically oppressed are not prematurely dismissed or ignored. Democracy promises citizens a say in the laws to which they are held. When we achieve democratic self-rule, we see ourselves as the authors and not only the subjects of the laws. But how can I be said to impact collective decisions if I’m allowed to speak but then what I say is ignored or else immediately dismissed. Uptake is what ensures that all voices are given a fair hearing.

Without uptake, hard won battles for inclusion will carry little democratic significance. Given the all-too-common tendency of people in positions of relative privilege to disregard perspectives that challenge their preferred view of the world, uptake cannot be assumed to automatically follow inclusion. Thus, as we succeed in broadening the diversity of voices included in public debate, we must also confront the challenge of ensuring these voices are actually heard and ultimately considered. The challenge of uptake is borne out in the limited success of efforts to enhance diversity and inclusion in the workplace. While the corporate world has increasingly recognized the value of promoting diversity and inclusion, strategies to do so will be meaningless unless they also consider how to promote uptake.

Returning to politics, democracy is about solving collective problems and making collective judgments. Individuals will not always see their own will reflected in decisions that are taken. The principles of democracy, however, do not guarantee each citizen equal influence, or the right to dictate political outcomes. Politics in large pluralistic societies will inevitably create winners and losers. While citizens are owed more than inclusion, uptake does not guarantee you will “get your way.” And so, while uptake ensures all inputs are duly evaluated in the decision-making process, it does not guarantee they will be reflected in the decision itself. As a democratic ideal, uptake is valuable precisely because it encourages us to try to differentiate between those times when a perspective is legitimately rejected on the one hand and when it is illegitimately ignored on the other. Indeed, even when an individual or group convincingly highlights failures of uptake, it does not follow that their preferences and demands are themselves worthy of implementation. Rather, it means that they are worthy of our consideration. 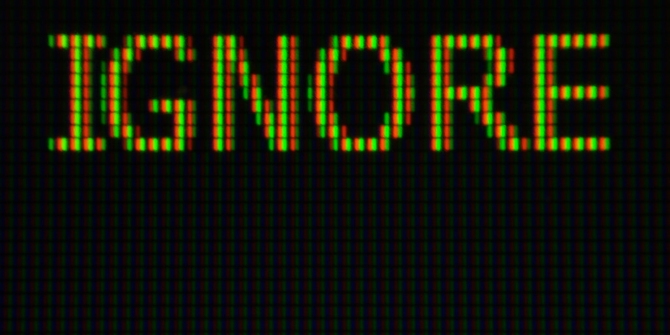