In the aftermath of horrific mass shootings in El Paso and Dayton, President Donald Trump and Senate Majority Leader Mitch McConnell (R-KY) have signaled their openness to discussions with Democrats on gun control. But will the negotiations yield measurable results? Thomas Gift argues that the best chance for meaningful reform might be for Democrats to repackage the debate over guns as one over homeland security, forcing Republicans to play defense in a policy area where they’re used to playing offense.

Despite supportive recent words from the White House and GOP congressional leadership on the importance of gun control, Democrats on Capitol Hill face an uphill battle in passing meaningful legislation on the issue. As Democrats aim to strengthen gun control in the aftermath of mass shootings in El Paso and Dayton, party leaders might improve the chances of reform by changing the frame of the conversation. This could entail repackaging the debate over gun control as one over homeland security and forcing the GOP—which brands itself as the party of keeping America safe—to defend its positions.

The strategy would identify apparent inconsistencies in how the GOP addresses violence within its borders. When it comes to threats from abroad, Republicans typically make four core arguments about why they can be trusted more to safeguard homeland security: They 1) call security threats by their “real” name; 2) press the boundaries of what’s constitutionally permissible to protect Americans; 3) take a multidimensional approach to combat violence; and 4) expend the resources needed to defeat the adversary. In the effort to prevent mass shootings, however, Republicans may be vulnerable to criticism in all four areas.

First, Republicans have frequently neglected to call mass shootings by what many insist is their real name: “domestic terrorism”—and, in the case of racially-motivated shootings like El Paso, “white nationalist terrorism.” President Donald Trump effectively exploited President Barack Obama’s reluctance to utter the phrase “radical Islamic terrorists” as evidence—at least in the eyes of many Republican voters – that he didn’t grasp the true nature of that challenge. Similarly, Democrats can make clear that failure to label mass shootings as domestic terrorism is to misdiagnose—and even to underestimate—the threat.

Second, some would say that Republicans have declined to do whatever is in their constitutional purview to tackle domestic terrorism as it relates to mass shootings. The 2008 US Supreme Court case D.C. v. Heller affirmed that although the right to bear arms isn’t fully circumscribed by the “militia clause,” it also isn’t absolute. After 9/11, many Republicans claimed (often dubiously) that extreme restrictions on personal liberties—such as certain provisions in the Patriot Act—were required to combat terrorism. When it comes to limiting Second Amendment rights even slightly, however, Republicans rarely compromise.

“C’Ville Vigil for El Paso/Dayton” by Rick Stillings is licensed under CC BY NC SA 2.0

Third, one could argue that Republicans have resisted a strong, multi-pronged approach to fighting domestic terrorism. In a 2001 speech discussing the creation of the Office of Homeland Security position, President George W. Bush boasted of “a comprehensive national strategy to safeguard our country against terrorism.” By contrast, the GOP now often implies that the only solution to mass shootings is ending gratuitous violence in Hollywood and in video games. Democrats can emphasize that gun control is part of a broader agenda aimed at safeguarding the homeland.

Finally, Republicans are susceptible to the charge that they’ve not expended enough resources to fight domestic terrorism. Despite boosting overall funding for the Department of Homeland Security recently, the Trump administration has slashed initiatives designed to foil homegrown violence. This includes the DHS’s Office for Community Partnerships (OCP), which has had under its remit confronting white nationalist activity. According to George Selim, OCP former director, “[T]here’s been a precipitous decline [under Trump] in the dedicated staff and program funding devoted to combatting ideologically motivated violence.”

Amid a highly fractured electorate, gun control is a rare policy issue where most Americans agree that reform is needed. Yet the power of the National Rifle Association, combined with the political incentives of Republicans in the nation’s capital, makes significant change difficult. Overcoming gridlock will require a realignment of partisan coalitions that’s only feasible if Republicans have an incentive to deviate from the status quo. Ironically, the best chance for Democrats to achieve this might be to put the GOP on defense in a policy area—homeland security—where they’re used to playing offense. 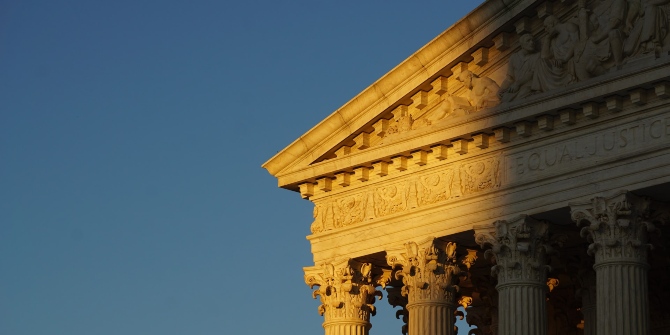 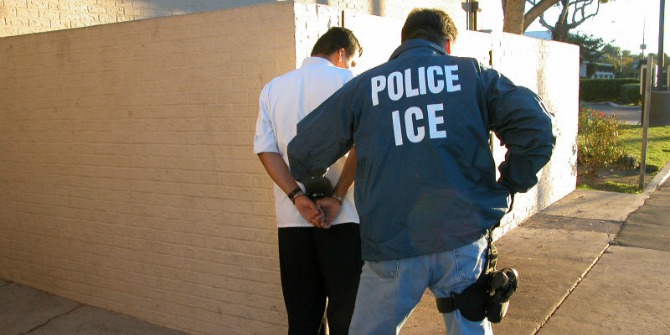 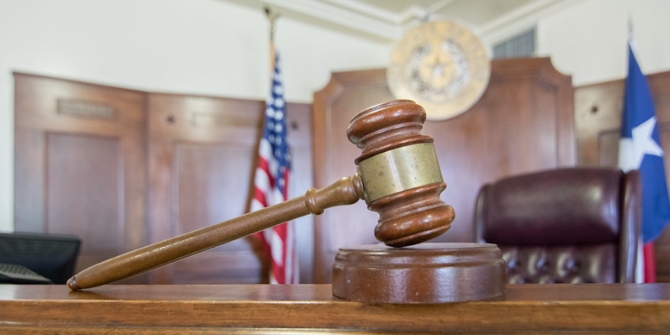