After months of build-up, at the end of October the US House voted to begin an impeachment inquiry against Donald Trump. Scott Fischer and Elizabeth Freund Larus give an overview of the impeachment process, as well as its history, dating back to the near-removal of President Andrew Johnson in 1868. They argue that Trump’s impeachment will likely most closely resemble the unsuccessful partisan attempt in 1998-99 to remove President Clinton rather than 1974’s bipartisan condemnation that led to Richard Nixon’s resignation.

The US House of Representatives voted on October 31 to begin an impeachment inquiry against President Donald Trump. He is charged with violating his oath of office by betraying national security and the integrity of the electoral process for having urged the Ukrainian president to investigate former Vice President Joseph Biden for his son’s role as board member of a Ukrainian energy company. This decision to pursue impeachment marked a reversal for House Speaker Nancy Pelosi who had resisted demands within her caucus for well over a year that impeachment proceedings begin for a variety of alleged offenses. The House inquiry begins a process that is likely to occupy American politics until the end of the year, at which time, barring direct evidence or an admission of guilt, it is unlikely that Trump will be removed from office.

How does impeachment work?

Although impeachment is inherently a political process, it resembles the indictment and trial process of the US legal system. The Constitution states that “The President, Vice President and all civil Officers of the United States, shall be removed from Office on Impeachment for, and Conviction of, Treason, Bribery, or other high Crimes and Misdemeanors.” The House of Representatives has the sole authority to begin impeachments. Once the House impeaches an official, the Senate conducts a trial. In cases involving presidents, the Chief Justice of the Supreme Court presides over the trial. To be removed from office, a government official must be both impeached and convicted. In short, the House has the power to impeach; the Senate to convict. The Constitution requires a two-thirds super majority (67 votes) to convict a person who has been impeached. To date, fewer than 20 officials have been impeached, most of them federal judges. Of those impeached, less than half were convicted and removed from office. The others were acquitted or resigned. In one case, a judge, Alcee Hastings, was convicted, but was then elected to the US House of Representatives, where he remains today.

To date, there have been two presidential impeachments and one near miss. In 1868, the House impeached President Andrew Johnson for firing Secretary of War Edwin Stanton in violation of the Tenure of Office Act, which had passed over Johnson’s veto. Stanton was allied with the Radical Republicans, who controlled Congress and who opposed Johnson’s policy of leniency to the former Confederate states. Johnson fired Stanton arguing the Tenure of Office Act was unconstitutional, and the House of Representatives impeached him in response. The Senate failed by one vote to get the two-thirds required for conviction.

Impeachment in the modern era

In the 1990s, President Bill Clinton came under investigation for financial irregularities of a property company in which he and Hillary Clinton had been partners before they entered the White House. As the investigation expanded, allegations surfaced that Clinton had lied to a grand jury about an extramarital affair with a White House intern. The special prosecutor determined that Clinton could be impeached on 11 grounds, including perjury, obstruction of justice, witness-tampering, and abuse of power. In October 1998, the House Judiciary Committee and then the Republican-led House opened an impeachment inquiry. After two months of investigation, the Judiciary Committee voted to impeach Clinton on four counts including perjury, obstruction of justice, and making false statements in answers to written questions from Congress. In December 1998, the House of Representatives voted to impeach Clinton on two counts on largely party line votes. The trial began in early January 1999 and concluded in mid-February with the Senate rejecting the perjury charge and splitting evenly on obstruction of justice. The Senate failed to garner the two-thirds vote required to convict. So like Johnson, Clinton was impeached but not convicted.

Although the 1974 case against President Richard Nixon did not result in an actual impeachment, it is relevant to the current allegations against President Trump. Nixon resigned in 1974 when it became obvious that he would be removed from office. The Watergate scandal began with the 1972 break-in at the Democratic National Committee headquarters at the Watergate office complex. The Senate began investigating the matter in early 1973 and a special prosecutor was appointed that May. In what became known as the “Saturday Night Massacre”, Nixon ordered the firing of the special prosecutor in October, prompting the US Attorney General Archibald Cox and his deputy to resign in protest. The House Judiciary Committee began to investigate possible impeachable offenses and launched an impeachment inquiry. The Committee began public hearings, and in July 1974 charged Nixon with obstructing the investigation of the Watergate break-in, misusing his powers, violating his oath of office, and failing to comply with House subpoenas. A few days later, a “smoking gun” emerged when a tape was released in which Nixon and his chief of staff shortly after the break-in discussed how to block any investigation of the matter. This news made it untenable for most Republicans to continue to support Nixon. In early August, Republican Congressional leaders told Nixon that he would most likely be removed from office because he had the support of only about 15 Senators, well below the 33 votes required for acquittal. The next day, Nixon announced his resignation, thus making an impeachment vote a moot point.

What’s next for Trump and impeachment

Of the three presidential impeachment cases, the most relevant to the current situation are the Clinton and Nixon impeachments processes. Following the October 31 House vote on to open a formal inquiry, the House of Representatives is likely to follow a schedule that resembles that of the 1998 Clinton impeachment, which took 72 days from the initial vote to the actual vote to impeach. It is not clear how long this process will take although several Members of Congress have stated that the House could vote on articles of impeachment before the end of the year. The House is currently scheduled to adjourn for the year on December 12, although this may be subject to change.

Some Republican have suggested that the Senate could simply refuse to hold a trial, but there are no legal precedents that suggest the Senate could legally or constitutionally take that route. Senate Majority Leader Mitch McConnell, a Republican, is also aware that such a decision could harm Republican moderates facing reelection in 2020. Senate Republicans currently hold a slim majority in the Senate, and McConnell does not want to take any action that could jeopardize this. McConnell stated on September 30 that if the House impeaches Trump, he would have “no choice” but to hold a trial under Senate rules; however, he added: “How long you’re on it, is a whole different matter.” McConnell has indicated that he believes a trial is inevitable. He expects House Speaker Nancy Pelosi to schedule an impeachment vote before Thanksgiving and hopes that the Senate could conclude a trial by year’s end.

House impeachments do not require the support of both Democrats and Republicans because it takes only a simple majority to impeach. In the Senate, however, unless the majority party has an unusually large majority, the requirement of a two-thirds vote means that convictions must be supported by both political parties. That is, assuming all 45 Senate Democrats and their two independent allies vote to convict, it would require the support of 20 Republicans to reach the 67-vote threshold. So far, no Republican Senator has officially come out in support of removing President Trump from office.

The closest anyone has come to this has been Republican Senator Mitt Romney. Regarding the Ukraine matter, Romney tweeted that “When the only American citizen President Trump singles out for China’s investigation is his political opponent in the midst of the Democratic nomination process, it strains credulity to suggest that it is anything other than politically motivated.” He continued, “By all appearances, the President’s brazen and unprecedented appeal to China and to Ukraine to investigate Joe Biden is wrong and appalling.” Despite his criticism, however, Romney remains guarded and has publicly stated the he would keep an open mind. Assuming this trend holds, a rerun of the 1998 Clinton impeachment is likely.

The Democratic House majority seems poised to impeach President Trump in a partisan vote; and the trial in the Senate will fail to get a bipartisan two-thirds vote. This result, however, is not preordained. It is possible the process could shift from a partisan Clinton model into a bipartisan Nixon model. Former Republican Senator Jeff Flake, a longtime Trump critic, has said he thinks at least 35 Republican senators would vote to remove President Donald Trump if they could vote in private. Of course, there will never be a private impeachment vote. Should a “smoking gun” emerge akin to Richard Nixon admitting early on that he knew about the Watergate break-in, it is conceivable that Senate Republicans could abandon Trump all at once just as their counterparts did in 1974. As things currently stand, however, there are no signs that this is likely to occur anytime soon.

Scott W. Fischer
Scott W. Fischer, Ph.D., has taught American National Institutions at the undergraduate and graduate level and has twenty-five years of experience as a Congressional staffer.  His 1994 dissertation from the University of Virginia was entitled, “Confrontation versus Compromise:  The Role of the Minority Party in the House of Representatives under Divided Government.”

Posted In: Elections and party politics across the US | Elizabeth Freund Larus | Scott Fischer 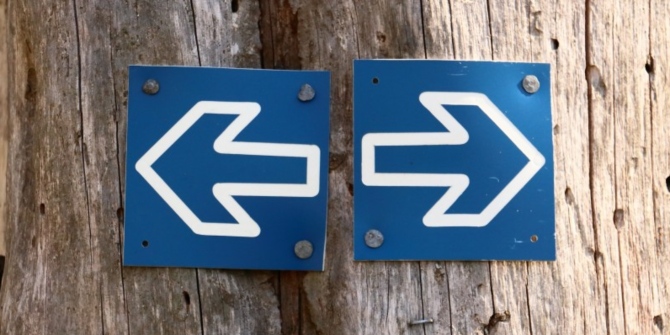 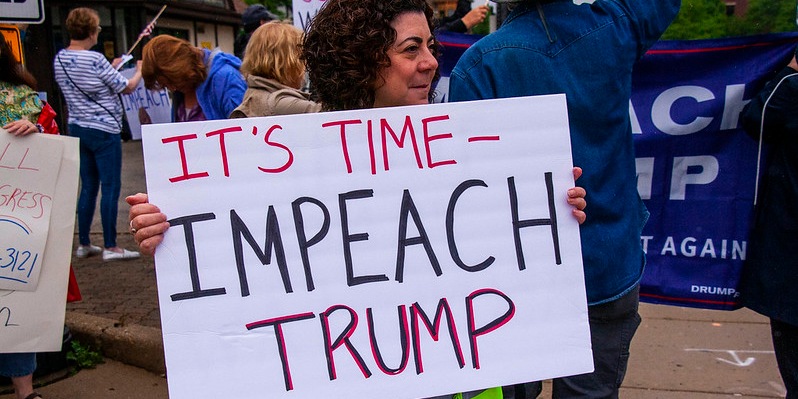