Investors feel more socially connected with the CEO who tweets, which could benefit the executive, write Andrea Seaton Kelton and Robin R. Pennington.

Social media provides today’s CEOs a quicker and more direct way to communicate with investors. The Securities and Exchange Commission cleared public companies to use social media to disclose information as long as investors know which social media sites will be used.

Despite the growth in CEOs’ social media use, we know little about how such use affects investors, and especially nonprofessional investors who are more likely to be influenced by variations in disclosure channel than professional investors. As researchers interested in how individual investors use information to make decisions, we investigated if investors react differently when receiving a tweet from a CEO, versus a standard press release, and whether the tweet leads to a more favourable outcome for the CEO.

Research in several fields shows how individuals receive information (e.g., print, video, social media) can affect how they process and interpret the information. One such phenomenon affecting how information is interpreted is called parasocial interaction – where an individual receives information from a media figure and feels as though they have connected with that person and developed a personal relationship with them even though they have never met in person. This feeling of social connectedness is persuasive and leads to more positive opinions of the other person and can also be used to influence behaviours to receive desired outcomes.

Parasocial interaction has been shown in many situations, including with radio talk show hosts, sports figures, actors on reality TV, and politicians using social media. Given that nonprofessional investors often use social media to gather information about possible investments, we think it is important to understand whether investors experience these feelings of social connectedness when following a CEO on Twitter and whether these feelings affect their judgments. This issue is also important because investors now have a “say-on-pay” vote on any changes to CEO compensation, giving CEOs additional economic incentives to manage investors’ perceptions of them. Thus, CEOs could potentially use social media to build social capital with investors and, ultimately, persuade investors to view them more positively.

To explore this possibility, we conducted an experiment using individual investors. Participants reviewed information about a hypothetical firm and CEO. The initial information indicated that the firm was performing well. However, the final piece of information stated that the firm would need to lay off a number of employees over the next year.  Participants then received a letter directly from the CEO discussing the layoffs, randomized as to how participants received the message – either as a press release on the company’s website or on Twitter. All other factors were held constant. 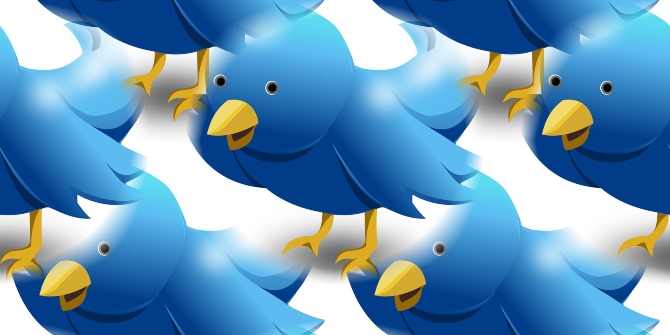 After participants read the letter from the CEO, we asked them to vote on a proposed compensation change (raise) for the CEO. We also captured participants’ feelings of social connectedness with the CEO, including measures of parasocial interaction, social trust, and shared goals, which together form social capital.  The results show that investors that receive tweets from a CEO feel more socially connected with the executive as compared to those investors that receive the same information in a press release on the firm’s website.  These feelings of social connectedness led investors to recommend higher compensation for the CEO.

Our results suggest that CEOs can use social media to influence investors’ opinions of them. Our results should be of interest to the investing community, especially those who follow CEOs on Twitter, with evidence of the effects of using social media to read corporate disclosures. Our study should also help regulators, who are charged with investor protection, better understand what happens when CEOs disclose information on Twitter.  Our findings suggest that when CEOs tweet, investors will follow.

Andrea Seaton Kelton – Middle Tennessee State University
Andrea Seaton Kelton is an associate professor of accounting in the Jennings A. Jones College of Business at Middle Tennessee State University. She received her BBA and MS in accounting from James Madison University and a PhD in accounting from the University of Tennessee. She serves on the editorial boards of Auditing: A Journal of Practice & Theory and the International Journal of Accounting Information Systems and has published articles in a variety of leading journals.