As COVID-19 progresses, it will probably catalyse a long-overdue reckoning with the core structures of the political economy. This will be particularly important for the beleaguered meatpackers in the United States, writes Paul Apostolidis.

“The guy at the plant said they had to work to feed America.” That’s what The New York Times reported Willie Martin said about his mother, Annie Grant. She had been one of the latest of a growing number of meatpacking workers to contract the coronavirus: in her case, it was fatal.

Three days later, the Times reported on a Smithfield Foods pork processing facility in Sioux Falls, South Dakota, that announced a COVID-19 related shutdown. As the paper wrote, “The problems at the Sioux Falls pork plant show the food processing industry’s vulnerability to an outbreak. Employees often work shoulder to shoulder, and some companies have granted sick leave only to employees who test positive for the coronavirus. That potentially leaves on the job thousands of other infected workers who haven’t been tested, hastening the infection’s spread.”

The Times is one of the news outlets that recently spotlighted the threat of COVID-19 infection to workers in the meatpacking plants that churn out the fresh beef, chicken and pork products so central to the diet of many Americans. These stories show the urgent need to protect these workers from getting infected on the job during the present pandemic. But the conditions they are highlighting are not new. The health and safety hazards fuelling the spread of the pandemic in the nation’s meatpacking plants long predate COVID-19.

Ten years ago, I published a book about the risks run by immigrant workers in the meatpacking industry. In it, I focused on an extraordinary labour movement that arose among immigrant workers at the Tyson Foods plant near Pasco, in eastern Washington state. These workers protested abusive working conditions in the factory and championed democracy in their union, Teamsters Local 556. Vigorous sales at high volumes had made Tyson enormously profitable. Yet federal Occupational Safety and Health Administration (OSHA) reports of job-related injuries, in an industry rife with under-reporting, placed the plant in the worst quartile of all US meatpacking plants, in the country’s most dangerous industry.

The Times story published earlier this month stressed the clash between the mandate of social distancing needed to prevent disease transmission and the very close positioning of workstations along meat production lines, such that workers perform their labour “elbow to elbow” and “shoulder to shoulder.” Even before the appearance of COVID-19, this physical layout had long posed real hazards, most commonly the risk of getting slashed accidentally by a colleague’s knife.

Just as people’s collective risk of a viral infection in the current pandemic stems in part from a longstanding effort by Republicans to scale back federal oversight at the Centers for Disease Control, so the rising threat of COVID-19 in the meatpacking industry has resulted, in part, from recent cuts by the Trump administration to the budget of OSHA.

The decline of protections for workers was evident even fifteen years ago when I conducted the research for my book. Then as now, the vacuum in federal monitoring fostered a situation ripe for abuse. The Times notes that managers at Tyson’s Camilla, Georgia, poultry plant officially tell workers to stay home if they are sick or have been working in close proximity to an individual who has fallen ill and that the company offers sick pay. Yet workers face unrelenting pressure to come to work regardless. 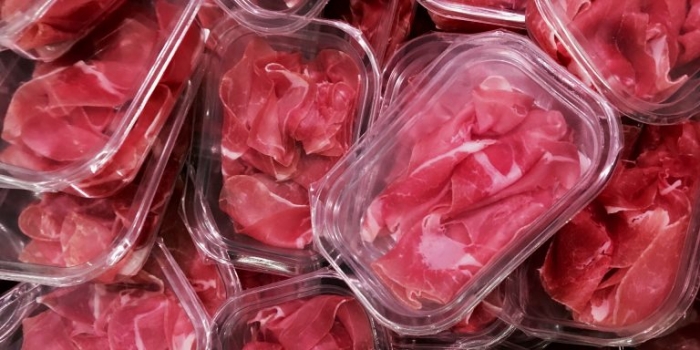 Then there are the pressures of poverty for workers who make miserably low wages despite years of service – $12.95 an hour for one individual quoted by the Times, up merely two dollars from what a veteran Tyson employee told me she earned in the early 2000s. (By comparison, even with the recent drop in the Dow, Tyson’s stock, as of April 9, 2020, was valued over four times its level at about this time in 2002.)

The Times’ recent article also directed its readers’ attention to a structurally fundamental aspect of the hazardous health work-environment on meatpacking: racism. Annie Grant and her family are Black, and the article notes that in the industry, most workers are “African Americans, Latinos and immigrants.”

Dangers in the industry, of course, afflict all workers, whatever their race or origin. Still, the predominance of people of color in this workforce means that from a broad social perspective, the risks fall more heavily on them. Immigrants often have no choice but to run the risk of becoming infected because of policymakers’ choices. Journalists report that immigrants are more likely to keep working right now despite the infection risks because many cannot access unemployment benefits or aid from Congress’s economic stimulus measures.

Mike Pence, the Times notes, declared meatpacking workers “vital” to the “critical infrastructure” of the US’s production machinery during the pandemic. For Pence, their labour may be vital, but their lives seem less so. A raft of other news stories has made it plain that African Americans in the ranks of “frontline workers” are now dying in shockingly disproportionate numbers from COVID-19.

As I learned while writing my book, the only hope was for people to start sticking up for themselves – to say, “enough is enough,” as one Tyson worker crisply puts it in the Times story. This means asserting workers’ rights to organise in the midst of a political culture that has become more anti-union with each passing year. Indeed, with the pandemic dominating headlines, the Trump administration is cynically pushing National Labor Relations Board rules changes that would further hamper unionisation efforts.

As the coronavirus crisis grinds on, prospects mount that it will catalyse a long-overdue reckoning with core structures of our political economy – and not a moment too soon for the beleaguered meatpackers of America.

Paul Apostolidis – LSE Government
Paul Apostolidis is the author of Breaks in the Chain: What Immigrant Workers Can Teach America about Democracy (University of Minnesota Press 2010) and The Fight for Time: Migrant Day Laborers and the Politics of Precarity (Oxford University Press 2019). He is Associate Professorial Lecturer in the Government Department of the London School of Economics and Political Science.