Aggressive government policies to prevent a collapse of credit may be more important for the election than the rate of unemployment, write Alexis Antoniades and Charles Calomiris.

America is in the middle of an election year. Analysts regularly speculate on how the state of the economy will affect voters. When they do so, they usually refer to unemployment or changes in income (see Fair 1978, 1996, 1998, 2002; Lewis-Beck and Stegmaier 2000). But there is evidence that, under some circumstances, changes in the supply of credit can matter even more in determining electoral outcomes. Indeed, our research suggests that the aggressive government policies that have been implemented to prevent a collapse of credit may be more important for the election than the rate of unemployment.

There are good reasons to suspect voting and credit subsidies are related: government policies subsidising homeownership have been a hallmark of American politics for nearly a century and have also figured prominently in various electoral campaigns across the world. For example, presidents George H.W. Bush, Bill Clinton, and George W. Bush all were vocal and active supporters of expanding mortgage credit subsidies. George H.W. Bush signed the GSE Act of 1992 establishing mortgage purchase mandates for low-income and urban housing for Fannie Mae and Freddie Mac. President Clinton substantially expanded those mandates and weakened FHA lending standards. President George W. Bush further expanded the GSE mandates as part of his “blueprint for the American dream.”  Barack Obama has also supported expanded mortgage credit. He not only enacted a mortgage relief program, but also appointed former congressman Mel Watt in 2014 to oversee the renewed expansion of GSE credit (see Calomiris and Haber 2014).

The United States is not the only country in which housing subsidisation through cheap mortgages has figured prominently in electoral politics. Margaret Thatcher’s popularity owed in no small part to her championing of the privatisation of council flats. In the U.K. today, the credit risk subsidies from the “help-to-buy” program were the major exception from the government’s austerity policies, and prime minister Cameron has made increased housing opportunities a hallmark of his current electoral campaign. In Brazil’s 2014 election, President Dilma Roussef squeaked to a narrow electoral victory, which some observers attributed to her “Minha Casa Minha Vida” home-buying program.

In our research, we find that voters do, in fact, punish incumbent presidential candidates for contractions in the supply of mortgage credit. We connect votes for president at the county level to county-level conditions in the mortgage market, controlling for other economic and social variables, including unemployment. Using the Home Mortgage Disclosure Act (HMDA) data on banks’ provision of mortgage credit, we identify supply shifts in mortgage credit at the county level and examine how these mortgage supply shifts affected voting in several Presidential elections. We focus first on mortgage collapse from 2004 to 2008, and connect it to the election results of 2008. 2004-2008 saw an unprecedented swing from the most generous underwriting standards for mortgages in U.S. history in 2004-2006 to a severe contraction of mortgage credit supply during the subprime crisis of 2007-2009. It also saw a dramatic swing in electoral results, with the Republican Presidential candidate winning many key swing states in 2004, but losing those same states in 2008. Were the two changes connected?

Notes: changes in mortgage credit supply at the county level between 2004-to-2008 are  shown on the map of the US.  Each county is represented by a cell. The magnitude of the change is colour-coded from white (no change) to dark red (large negative change). Because credit expansion occurred in only 4% of the US counties, it is not observable on the map.

Notes: Lost votes attributed to changes in the supply of credit are shown above for swing states. Swing states are those where the Democrats won the popular vote in 2008, but not in 2004. In total, had the mortgage credit supply not changed between the 2004 and 2008 elections, the Republicans would have received 51% of the votes needed to win all swing states (82% if we add a standard deviation,). In contrast, had the unemployment rate not changed, they would have received only 9% of the votes.

Notes: Changes in mortgage credit supply by county between two election years are shown above. Four elections are covered.

Our findings have important implications for research on the politics of mortgage credit. Most importantly, our findings do not lend support to the view that presidential candidates gained direct votes from supporting the relaxation of underwriting standards for mortgage lending from 1996 to 2004. Whatever political rewards attended that support must have come from other sources (e.g., campaign contributions from special interests).

Alexis Antoniades – Georgetown University in Qatar
Alexis Antoniades is an associate professor and director of international economics at Georgetown University in Qatar. He is an expert on understanding global markets and on the economies of the Gulf countries. Antoniades previously worked as an assistant economist at the Federal Reserve Bank of New York, was awarded a $1,050,000 research grant (2009-2012) by the Qatar National Research Fund to undertake the first micro-study on the economies of the Gulf countries, and a $867,000 research grant to use social media and analyse sentiment in the Arab World (2014-2017) in collaboration with colleagues from Qatar University.

Charles W. Calomiris – Columbia Business School
Charles W. Calomiris is Henry Kaufman professor of financial institutions at Columbia Business School, director of the Program for Financial Studies Initiative on finance and growth in emerging markets, and a professor at Columbia’s School of International and Public Affairs. His research spans the areas of banking, corporate finance, financial history and monetary economics. He is a distinguished visiting fellow at the Hoover Institution, a fellow at the Manhattan Institute, a member of the Shadow Open Market Committee and the Financial Economists Roundtable, and a research associate of the National Bureau of Economic Research. 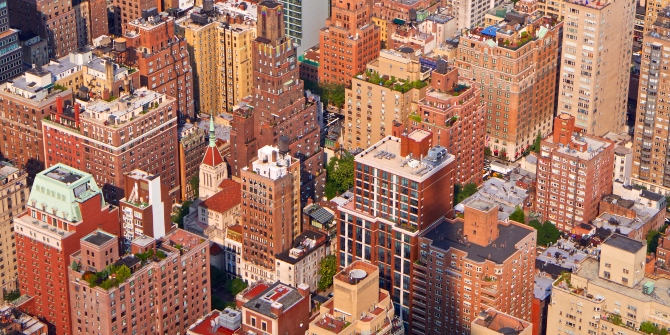