In Parenting for a Digital Future: How Hopes and Fears about Technology Shape Children’s Lives, Sonia Livingstone and Alicia Blum-Ross present a timely and critical examination of different families’ relationships with digital technologies and how parents perceive and manage their children’s experiences and practices. This book does a very successful job of shedding light on parents’ perspectives of digital technology, going beyond polarised accounts and hinting at the radical and comprehensive effort required to address the social and individual dilemmas of parenting in the digital age, writes Bengi Süllü. 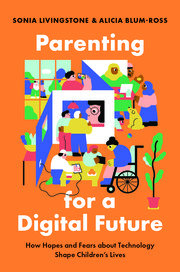 Bengi Süllü – The Graduate Center, City University of New York
Bengi Süllü is a PhD student in Environmental Psychology and a teaching fellow at The Graduate Center, City University of New York. With prior academic background in sociology, anthropology and urban studies, from Istanbul and London, her research interest is at the intersection of socio-spatial change and how it relates reconstruction of discourses and practices around childhood, youth, leisure time and education. She wants to understand various facilitators of and the barriers against free time and free play in urban children’s lives by looking at parents and educator expressions as well as policy and news documents. She has a growing interest in the concept of and initiatives around child-friendly cities and assessing their success and impact from the perspective of project participants and within local and national governance contexts. She is also a part of an international research project studying immigration experience and interactions at a Serbian school.