Nearly a quarter of children in the US live in a single-parent family, and a substantial number of these families experience in-work and unemployment-related poverty. Amanda Sheely and Laurie Maldonado look at what lessons US policymakers can learn from the European Union to improve the lives of single parents, such as supporting them back into employment where possible and introducing policies which support the roles of both parents.

With funding from the LSE US Centre, we have brought together researchers from the US and Europe to discuss what US policymakers could learn from other countries.

Single parent families in the US

In the 1980s, with the term ‘welfare queen,’ Republican president Ronald Reagan gave a name to the stereotype of single mothers. Although the term is less known today, the assumptions underlying it are still widely held – voluntary worklessness, welfare dependence, and bad parenting. This stereotype has shaped the policy response to single parent poverty, exemplified by welfare reform legislation in 1996 under the Clinton administration. This law replaced a federal cash entitlement program for poor families with a program that required that recipients work as a condition of receiving aid and which was also now limited to 5-years. The legislation also funded parenting and marriage-promotion programs. To promote the engagement of fathers, the law also strengthened child support policies.

What can be done to improve the circumstances of single parents? Research in EU countries offer at least two important lessons for US policy.

Single parenthood as a stage rather than a permanent state

Research following single parents over the course of their lives has found that single parenthood is not a permanent state. Rather, people enter and exit single parenthood at different stages in their lives and through different routes (for example, the birth of a child while alone, divorced, widowed). Research on single parents in Europe has also clearly shown that fathers are often involved in caring and providing for their children. Across countries, more children are living in co-residence with both parents after separation. Policy can play an important role in supporting the involvement of both parents. In Europe, countries have removed the link between child maintenance and social assistance provision, and created policies that support co-parenting and shared parental leave.

Photo by Benjamin Manley on Unsplash

Supporting single parents into employment, while offering support when unable to work

Overall, employment rates among single parent households across the EU have increased over time. However, like in the US context, obtaining work is not enough to guarantee that a family will not live in poverty – simply due to the fact that it is hard to escape poverty with only the wages of one earner. To lift working single parent families out of poverty, a variety of programs are needed, including those that support employment (child care provision, employment programs, work hour flexibility) and those that increase incomes like child benefits.

While research on single parents from the EU has important lessons for the US, we also need to consider its relevance given the unique racial dynamics of the US, as well as its heavily devolved political system where states are often responsible for policies like minimum wage levels and Medicaid. We also need to revisit research in light of the COVID-19 pandemic, which has changed the employment situation of single parent families, as well as the ability of governments to support them. In May, we will bring researchers back together to discuss these issues and more.

Notes: This article gives the views of the author, and not the position of USAPP – American Politics and Policy, nor the London School of Economics.

Laurie Maldonado – Molloy College New York
Laurie Maldonado is an Assistant Professor at Molloy College in New York. Her research focuses on single-parent families in the U.S. and across countries. She is also affiliated with LIS Cross-National Data Center. Laurie has published extensively on single-parent families in different country contexts, including in multiple journal articles and her co-edited book Policy Press book, The Triple Bind of Single-Parent Families. Dr. Maldonado co-authored with Tim Casey from Legal Momentum, a paper titled Worst Off: Single-Parent Families in the United States: A Cross-National Comparison of Single-Parenthood in the U.S. and Sixteen Other High-Income Countries. 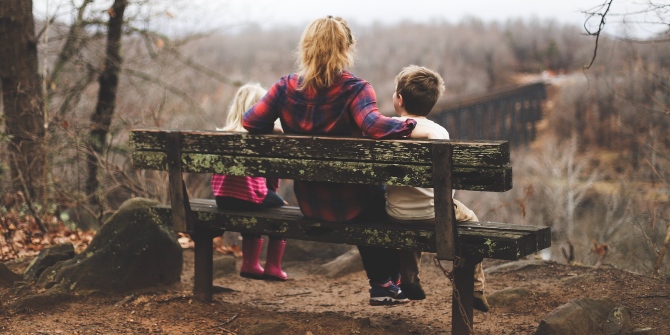