Leaders can end up creating more doubt than certainty when they reaffirm what no one is questioning, writes Derek Harmon.

Leaders often make pledges of transparency to signal honesty and instill confidence. But what if they instead are sowing seeds of doubt?

In a recent paper examining Federal Reserve communications, that’s exactly what I found. The study analyses seventeen years of speeches by the Fed chair, and looks at the effect these speeches have on the VIX Volatility Index, or “fear gauge.” What I show is that the more the chair tried to calm the market by being transparent about their objectives and policy framework, the more volatile the market became.

Why? It’s because most people assume that the Fed is always following their objectives and policy framework to begin with. So when the Fed chair reaffirms what we already think is true, it raises questions. Why are they saying this now? Do they know something that we don’t? What this suggests is that reaffirming something that no one is questioning can end up raising more questions. Put simply—by pledging the obvious, leaders create doubt.

This happens more than you might think. We all take many things for granted. Sociologist Harold Garfinkel called these “background expectancies,” or things we assume to be true and, therefore, no longer question. Pointing out these background expectancies creates uncertainty because it brings them back into focus, making us wonder whether the world could (or perhaps should) be otherwise. For this reason, a teacher that says “today, I will not beat my students with a cane if they speak out of turn” does not reinforce what we obviously believe to be true in today’s educational environment, but rather, creates uncertainty about what must be going on for the teacher to feel the need to reaffirm this in the first place.

Importantly, this outcome can also occur despite the best of intentions to instil confidence. Think about how the markets were startled in late 2018 when U.S. Treasury Secretary Mnuchin tweeted that he had met with the nation’s largest banks and confirmed that they had ample credit to extend to American businesses and households. This, of course, was good news, but the problem was that no one was actually worried that the banks didn’t have ample liquidity. As a result, the message led everyone to wonder if Mnuchin knew something they did not. It turns out he didn’t, but it just goes to show the implications of trying to reassure people of something that they already assume to be true.

Of course, such efforts to be more transparent do not always create doubt, especially if people have already started questioning these assumptions. In fact, my findings show that when the market had already started actively questioning the effectiveness of the Fed’s framework, specifically during the financial crisis, the Fed chair’s efforts to be transparent and reaffirm their otherwise obvious objectives and policy framework actually had the intended effect and calmed the market. 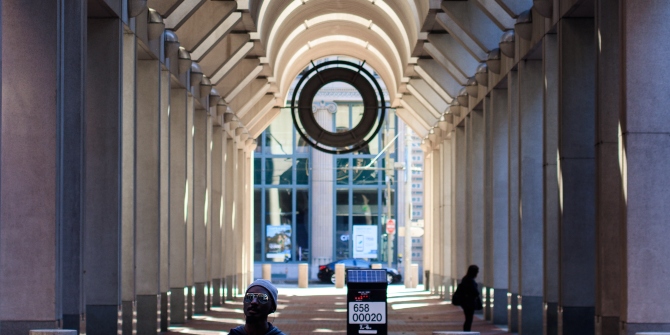 These findings are important because they highlight the complex challenges firms face when issuing transparency pledges, especially when not everyone they’re trying to reach is on the same page. In fact, since these pledges are often made about complicated issues, from human rights in supply chains to climate disclosures, it’s often difficult to know or anticipate what different stakeholders assume or take for granted. While this challenge is no doubt present for leaders of most organisations, it takes on special significance in situations like the current pandemic, when the stakes are life and death.

Consider the recent transparency pledge by Covid-19 vaccine developers “to adhere to scientific and ethical standards.” The motivation for the pledge makes sense—instil public confidence by being transparent about the rigours of their scientific and regulatory procedures. What could be wrong with that?

Well, potentially a lot. The challenge is that the world remains split on what people assume about vaccines and the institutions that regulate them. For those who had begun wondering whether vaccine developers were cutting corners, either due to political pressure or self-interested profit, the pledge was likely reassuring. In fact, this was likely the target audience of the transparency pledge in the first place. However, for those who assumed that pharmaceutical firms had been adhering to—or better yet exceeding—these rather minimal standards all along, the pledge was likely disquieting. If these firms are pledging to adhere to these standards now, what does that mean they were doing before? And what does that mean they might do in the future when there is even less public scrutiny?

With the FDA recently issuing emergency use of the Pfizer-BioNTech Covid-19 vaccine, and the approval of other vaccines to follow shortly, these are no longer hypothetical questions. And while the long-term consequences of this Covid-19 transparency pledge remain unclear, it’s possible that these firms have made it more complicated for the public to not only trust them but also the vaccines they have developed.