In this special episode of The Ballpark we’re giving you a preview of our upcoming new podcast series, The Politics of Race in American Film. Chris Gilson interviews the podcast’s host, Dr. Clive James Nwonka, about what you can expect from the series, why film is such a useful lens for understanding race and society, and why taking a close look at film is especially relevant today.

Dr. Clive James Nwonka is a Visiting Fellow in the International Inequalities Institute at LSE. His research is situated at the intersections of contemporary realism and film policy, with particular interests in Black British film, international cinema and American Independent film. His published research includes writings on contemporary social realism, Black British cinema, film and architecture, and diversity policy. He is the co-editor of Black Film British Cinema II and author of the forthcoming book, Black Boys: The Aesthetics of British Urban Cinema. 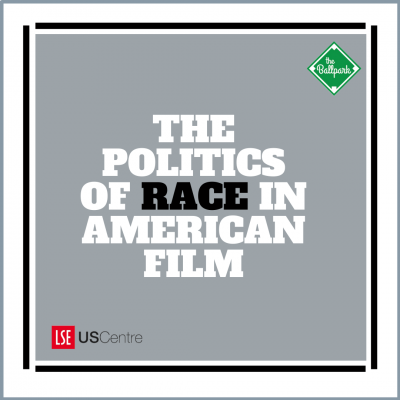