Ahead of the 2020 presidential election, there was much concern over the likelihood that Russia would try to influence the vote, much as it did in 2016. In new research, Maria Snegovaya and Kohei Watanabe explore the Kremlin’s recent social media influence campaigns in the United States by analyzing the effectiveness of Russia’s information operations and the susceptibility of specific social groups in the United States to the content that Russia promotes. They find that Kremlin proxies are now better able to conceal themselves to exploit an increasingly polarized US domestic politics, and that those on the extreme ends of the political spectrum were most likely to engage with this content in 2020.

Scholars and policy experts largely agree that in recent years, the Russian government – the Kremlin – has consistently attempted to use social media to interfere in US elections in an effort to amplify existing social divisions and undermine US international standing. While the extent to which such operations were ultimately successful in achieving Russia’s goals remains a subject of scholarly debates, some observers believe that in 2016 the hacks and leaks of the emails from the Democratic National Committee (DNC), as well as activities of pro-Kremlin trolls and bots on social media helped to elect Donald Trump. To understand how the patterns of the Russia’s interference have evolved, we analyzed its social media operations in the United States and their impact of the attitudes of American Twitter users during the 2020 presidential election campaign in a new report  The Kremlin Social Media Influence inside the United States: The Moving Target published by Free Russia Foundation.

How has Russia’s interference changed since 2016?

We find that the Kremlin’s proxies have improved their ability to conceal their identity and exploit the increasingly polarized US domestic politics since 2016. We also revealed that the groups most likely to engage with Russia-aligned content are found on the extremes of both the right and left sides of the political spectrum and tend to share lower trust in mainstream media and institutions; higher engagement with Russia-aligned content correlated with a higher propensity for individuals to take part in the 2020 presidential election and a lower propensity to support candidates from the opposite political party.

While the US counter-effort was quite successful in identifying and banning some of the most popular Kremlin-linked accounts, Kremlin proxies improved their behavior to better conceal their identity by hijacking or narrative laundering (where stories which originate form state-run sources migrate to the wider media). Kremlin proxies also devoted more effort to make their trolls and bots look more like authentic Americans by copying and pasting chunks of texts written by English native speakers to make fewer language errors, using fewer words and less text and fewer hashtags, removing or blurring watermarks, adopting more believable online profiles, and acquiring more sophisticated conversational skills. In an effort to avoid detection, Kremlin proxies also moved their operations on larger social platforms (e.g., Instagram or YouTube) to relatively smaller platforms (e.g., 4chan or Reddit), and started using closed chat rooms or private social media groups with loose content regulations and monitoring. Russian proxies have also increased reliance on existing narratives to further polarize online conversations instead of creating their own false content.

A deeply polarized political environment in the United States in recent years offers more opportunities for Russian proxies to deepen existing social divisions. Studies have shown that Kremlin proxies on social media tend to tailor their messages to specific targeted audiences. This suggests that scholars should combine the analysis of the narratives that the Kremlin spreads and individual characteristics of social media users that makes them susceptible to such narratives to assess the real impact of Russia’s information operations. To investigate this, we combined a representative survey of US Twitter users with quantitative text analysis of their tweets. We conducted an online survey of 2,000 US Twitter users through the Lucid Market Research Ltd. online panel in late October- early November 2020 and assembled their Twitter posts from January to November 2020.

It is challenging to measure the frequency of respondents’ engagement with the type of information promoted by Russian proxies, because the existing lists of Kremlin-linked Twitter handle names published in 2017 by the US Congress are likely to be outdated. Instead of relying on such datasets, we generated a list of Twitter users who publish content that resembles narratives promoted by Russia-linked media using a semisupervised machine learning algorithm. We named such users “Russia-aligned accounts” as opposed to other “benchmark accounts” in our report (see Table 1 below). We found that Russia-aligned accounts were highly active and ideological, and often expressed American patriotism, support for Republican candidates, strong religious views or conspiracy beliefs in their posts and profiles.

Photo by Joshua Hoehne on Unsplash

Maria Snegovaya – Virginia Tech
Maria Snegovaya (Ph.D., Columbia University) is a Postdoctoral Fellow at the Kellogg Center for Philosophy, Politics, and Economics at Virginia Tech, a Visiting Scholar at the Institute for European, Russian, and Eurasian Studies at George Washington University. The key focus of her research is democratic backsliding, as well as Russia’s domestic and foreign policy. Her research results and analysis have appeared in multiple journals, including West European Politics, Party Politics, Journal of Democracy, and the Washington Post‘s political science blog the Monkey Cage.

Kohei Watanabe – University of Innsbruck
Kohei Watanabe (Ph.D., LSE) is Senior Assistant Professor at the University of Innsbruck, and Vising Research Fellow at the US Center. His research focuses on quantitative analysis of textual data that includes social media, mass media and speeches. He also advises companies in private and public sectors as an independent data science consultant. His recent methodological studies appeared in Communication Methods and Measures and Social Science Computer Review. He also develops various software packages for textual data analysis. 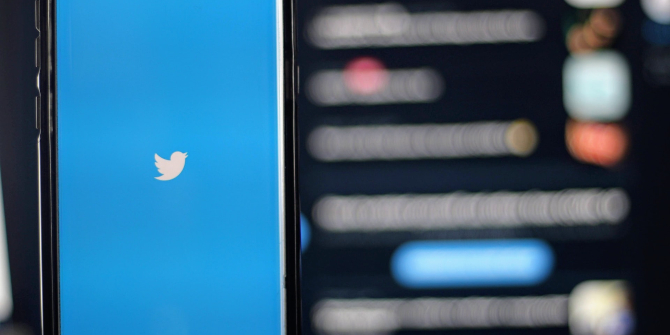