Many central banks are considering launching digital currencies. Far from a simple technological innovation, central bank digital currencies (CBDC) might persistently alter the size and composition of central bank balance sheets. Martina Fraschini, Luciano Somoza and Tammaro Terracciano analyse the equilibrium effects of the introduction of a CBDC and its interaction with current monetary policies. They show how and when issuing a CBDC might render expansionary policies quasi-permanent.

Major central banks are researching retail central bank digital currencies (CBDCs) and considering their introduction in the near future (BIS, 2020). A retail CBDC is defined as a digital payment instrument, denominated in the national unit of account, that is a direct liability of the central bank (BIS, 2020). Or, loosely speaking, it is a retail version of bank reserves.

Yet, how a CBDC would interact with existing monetary policy, and whether it could push the central bank towards riskier assets remain open issues (BOE, 2020). Allowing retailers to hold central bank deposits might considerably increase the size of the central bank balance sheet and pose the problem of which assets to hold against them. These questions are particularly relevant as central bank balance sheets, already at record levels after the global financial crisis, are pushed into further expansions by asset purchase programs aimed at mitigating the impact of COVID-19 (e.g. ECB’s pandemic emergency purchase programme (PEPP)).[1] While it would certainly be possible to use a CBDC to do helicopter money-like operations, the current working hypothesis for most CBDC projects is to hold assets against these new deposits. On this topic, the European Central Bank, in the report on the Digital Euro published in October 2020, explicitly states that

…the issuance of a digital euro would change the composition and most likely the size of the Eurosystem’s balance sheet, and would therefore affect its profitability and risk exposure […] the Eurosystem would need to acquire assets (loans or securities) to be held against digital euro; (iii) unlike cash, a digital euro could be remunerated, which would affect seigniorage income – European Central Bank, Report on a Digital Euro, page 18, October 2020

In a recent paper, we present a model that addresses the issues raised by the ECB (2020) with a specific focus on the equilibrium consequences of holding different assets against CBDC deposits, under standard and quantitative easing monetary policy regimes.

Effects of introducing a CBDC

We study a stylised economy in which the central bank uses CBDC deposits either to hold government bonds, or to acquire risky securities, given the pre-existing policy regimes. The key mechanism driving our results is the reduction in bank deposits that follows the introduction of a CBDC, and its impact on bank funding and lending. Policymakers clearly identify this mechanism as one of the main concerns regarding the introduction of a digital currency (ECB, 2020; BOE, 2020).

If the central bank holds treasuries against CBDC deposits, it indirectly passes CBDC funds to banks, by influencing inter-bank funding via open market operations (i.e., by changing the floating amount of treasuries in the economy). When we abstract from liquidity requirements and quantitative easing, the introduction of a CBCD does not affect the total amount of loans to the real economy, neither the size of the banking sector as the reduction in deposits is fully compensated by inter-bank funding. These results are consistent with the equivalence theorem by Brunnermeier and Niepelt (2019), where the central bank directly lends to banks to compensate them for missing deposit funding. As it is in our setting, the liability structure of the banks’ balance sheet changes, but not its asset side.

Nevertheless, introducing a CBDC is not neutral when considering an economy with liquidity requirements, quantitative easing policies, or the possibility of holding risky assets against CBDC deposits. These features determine changes in bank size, lending to the economy, seigniorage revenues and bankruptcy costs, showing that the equilibrium effects of issuing a CBDC hinges on both the interaction with the pre-existing monetary policy regime and on the assets held against the deposits. In particular, introducing a CBDC under a quantitative easing regime has non-linear effects. This finding is especially important as most of the discussion over CBDC design focuses on either the technological aspect of it or on the disintermediation risks.

Quantitative easing consists of swapping newly created reserves for risky assets. As a result, the amount of reserves in the banking sector sharply increased over the past decade and liquidity requirements are no longer binding. For instance, as of August 2020, the amount of excess reserves in the US banking sector was 2.8 trillion USD. Once the economic conditions improve, central banks are committed to reversing these expansive policies, and the excess reserves should be reabsorbed as the assets held by central banks are sold.

Introducing a CBDC in this context might impair such a tapering phase, as commercial banks might use their excess reserves to allow depositors to switch from bank to CBDC deposits. This would render (part of the) QE programs quasi-permanent.

It is worth noting that the larger the amounts of bank deposits to be converted into CBDC deposits with this mechanism, the harder it is for the central bank to reverse its expansionary policies. In this context, issuing a CBDC might crystalise the central bank balance sheet and prevent it from exiting its expansionary policies. This has non-negligible policy implications as it can be perceived as a permanent commitment tool, in so departing from the official stance that considers QE policies as temporary.

Our analysis reaches two main conclusions. The first is that, in equilibrium, the impact of a CBDC depends on the monetary policy the central bank is pursuing and on which asset is held against. Second, the introduction of a CBDC might render quantitative easing a quasi-permanent policy, as commercial banks might use their excess reserves to allow depositors to switch from bank to CBDC deposits. We argue that these aspects should thoroughly be taken into account when deciding whether to issue a CBDC. 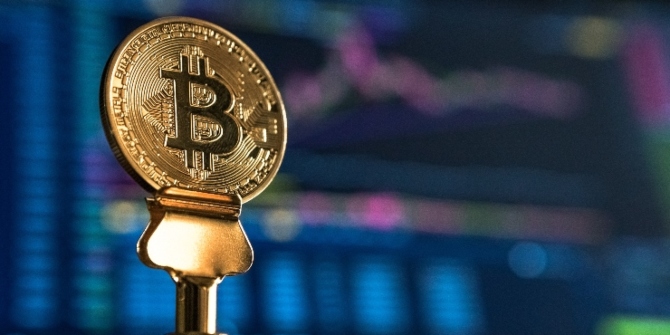