In the US juvenile justice system, the time that young people wait between arrest or referral to the final outcome of their case is largely unregulated. In new research, Abigail Novak and Elizabeth Hartsell examine the effects of case processing time on youth re-arrest rates. They find that context is important: females and low-risk youth on diversion, and detained youth with non-felony charges, and detained youth of color were all at greater risk of re-arrest the longer their case took to run its course.

Case Processing Time Does Not Affect All Youth Equally

Longer case processing times were associated with significant increases in re-arrest for detained subgroups including males and females, low-risk youth, youth with non-felony charges, and youth of color, but not white youth (see Figure 2). Given the disproportionate policing and surveillance facing youth of color, longer case processing times may leave the youth vulnerable to excessive monitoring and intervention on the part of the juvenile justice system, ultimately increasing risk of re-arrest.

When looking for youth to prioritize for prompt case resolution, local and state juvenile court officials should consider prioritizing prompt case processing for detained youth, as these youth may be more likely to be re-arrested than non-detained youth as the length of time, they spend involved with the juvenile court system increases. For higher risk diverted youth, such as diverted males, youth who score higher on risk assessments or youth with felony charges, prompt case resolution may be less of a priority, as longer case processing times did not impact re-arrest for these groups.

Abigail Novak – University of Mississippi
Abigail Novak is an assistant professor at the University of Mississippi in the Department of Criminal Justice and Legal Studies. She received her Ph.D. in Criminology, Law and Society at the University of Florida. Her research interests include systems and delinquency, delinquency prevention, early-onset antisocial behavior, and applied quantitative methodologies. Her work has appeared in journals such as Criminal Justice and Behavior, the Journal of School Violence, Crime & Delinquency, Youth Violence and Juvenile Justice, and others. 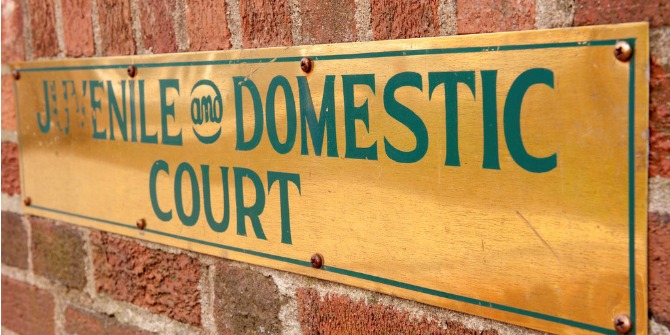