As the world economy begins its recovery from the COVID-19 pandemic, year-on-year inflation rates have reached their highest levels in over three decades. Will this increased inflation be temporary or is it here to stay? To address these questions, Patricia Sanchez Juanino, Corrado Macchiarelli and Barry Naisbitt discuss US inflation scenarios for the next 18 months. They find it likely that inflation will peak at 5 percent over the next few months, and stay close to 4 percent in the near term: it may stay that way, if, for instance, expectations about inflation continue to build.

In October 2021, the US 12-month CPI inflation rate reached its highest level in the US since 1990, at 6.2 percent year-on-year. Pent-up demand and higher energy prices have been a major factor in the increase but supply chain shortages and increases in other commodity prices also explain more recent increases. A key question of policy debate is whether the increase in US inflation will be just temporary, as in 2008, the start of a prolonged period of inflation above the 2 percent target, or worse still whether inflation will continue to escalate as it did in the 1970s and early 1980s.

As this year has passed, the Federal Reserve has revised up its projections for annual inflation for both this year and next. For PCE (household consumption) inflation, the September median projection for year-on-year inflation in the fourth quarter increased to 4.2 percent for this year and 2.2 percent for next year. Both projections are higher than those made in March: 2.4 percent for 2021 and 2 percent for 2022. While the projections have increased, Federal Reserve members continue to expect that inflation will fall sharply next year. At its November meeting the Federal Open Markets Committee (the body which determines the appropriate stance of monetary policy) announced that it would reduce its monthly purchases of Treasury securities and mortgage-backed securities in a policy known as tapering. But it continued to stress that it felt that the rise in inflation was largely transitory, as reflected in its inflation projections.

While we too expect inflationary pressure to moderate, we are concerned that the fall may not be substantial. The National Institute’s Autumn 2021 Global Economic Outlook predicted that annual US PCE inflation would rise from 1.2 percent in the fourth quarter of last year to 5.1 percent this year and moderate to 2.3 percent in the fourth quarter of 2022. However, we see risks as mainly skewed on the upside: should these risks materialise they will force the Federal Reserve to dial monetary policy back earlier than it appears to be planning.

To illustrate the risks, we use the approach from Huw Dixon of Cardiff University which allows us to make stylised assumptions about future monthly price changes to derive possible paths for annual inflation over the next 18 months. We look at three scenarios (rather than forecasts).

In the benign case, we assume that monthly inflation falls gradually to return to its average level for the five years before the pandemic by June next year and then holds there. The monthly price changes are then translated into year-on-year inflation. On this basis, annual PCE inflation next year would fall to 2.1 percent in the final quarter, close to the Federal Reserve’s median projection.

We examine two other scenarios which are even less comforting. We assume that the size of monthly price increases falls but does not reduce as quickly or as far, so that it reaches twice the pre-pandemic period average next June. In this case, annual PCE inflation would average 3.2 percent in the final quarter of next year.

Finally, if monthly PCE inflation holds at the latest monthly increase (of 0.3 percent) through next year, annual inflation in the fourth quarter of next year would be 3.9 percent. The scenario projection paths for year-on-year inflation are shown in Figure 1.

Source: Federal Reserve Bank of St Louis databank and authors’ calculations The Federal Reserve is likely to increase its own inflation projections next month, but its important task is to ensure that, in a time of increasing inflation, it does not lose the credibility it has gained over the years for its efforts in keeping inflation close to its two percent target.

These are simply projections based on stylised assumptions, rather than forecasts or a detailed analysis of the underlying factors behind recent and prospective monthly price changes. They are broadly consistent with a view that even if the current increases in prices that are due to supply chain disconnections fade away over time, annual inflation risks will stay elevated through 2022. The situation could worsen if policies do not prevent a build-up of inflation expectations.

With its new mandate and a clear focus on maximum employment, the Federal Reserve is prepared to have a temporary (or, in the current jargon, transitory) over-shoot of inflation over its target, particularly as this comes after a prolonged period of undershooting. The risk is that a transitory over-shoot might develop into a prolonged one if inflation expectations become unhinged and wage-push inflation factors mount.

Higher inflation may be here to stay

Judging by our scenario projections, the present inflation rate could return towards its target rate by the end of 2022. However, it seems more likely that inflation may continue to overshoot target for some time. If inflation hits 5 percent the Federal Reserve will need to step up its policy communications arguing that the increase in inflation is only transitory and convince households, companies, and financial markets that there will be a return to lower rates of monthly inflation soon. Its arguments will be bolstered if the current supply-chain disruption and global energy price rises end.

The timing of halting quantitative easing and then reversing it, then increasing policy interest rates is yet to be clarified by the Federal Reserve. For instance, an unanticipated policy reversal to guard against the loss of central bank credibility might result in a sudden financial market downturn and public sector balance sheet mismatches. Bond prices will be driven by how central banks respond to higher inflation, through a combination of ending quantitative easing and higher policy rates.

The Federal Reserve also needs to prepare contingency plans for its actions if a 5 percent inflation rate looks like it is becoming embedded, with inflation expectations rising. If, as we expect, it raises its inflation projections again following its December meeting, it may need such contingency plans sooner rather than later. Our view is that given the uncertainties about the duration of higher inflation, wages, and an employment rate still below its pre-pandemic level, the Federal Reserve will be cautious in tightening policy, particularly as it will face a trade-off between stabilizing below-target employment or above-target inflation. Moving too far, too fast, could squander the best chance it will have to escape the trap of near deflation with interest rates at their lowest possible levels. If the cost of that is a period of moderately above-target inflation, they are likely to pay it. 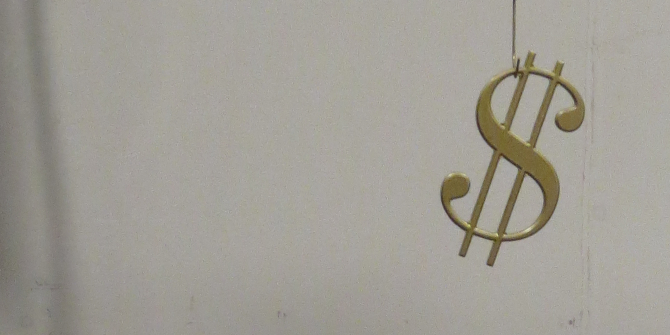