Does activism impact consumer behavior? In new research, Matteo Pazzona and Nicola Spagnolo, examined whether the involvement of the National Basketball Association (NBA) in the Black Lives Matter movement was harmful to TV audience ratings. They find that for the NBA, activism was not costly in terms of TV viewership, at least in the short term. They also find that social media supporting (or opposing) such activism can also have an impact on viewers and ratings.

It has been more than a year since George Floyd was murdered by a police officer in Minnesota. His death renewed protests in support of the Black Lives Matter (BLM) movement, which began in 2013 to fight racism and police brutality. Protests quickly expanded outside the US and the movement became a global phenomenon.

Among the many supporters of the BLM movement, the National Basketball Association (NBA) has certainly been one of the most prominent and outspoken. NBA players, staff, and administrators all embraced the movement in the summer of 2020, and actively participated in the protests.  When games resumed at the end of July 2020, following a suspension due to COVID-19, the NBA allowed players to wear a social justice message on the back of their jerseys, instead of their surnames, and painted the BLM slogan on its basketball courts. On August 26th, 2020, the Milwaukee Bucks refused to play Game 5 of the first round of the playoff in protest of the police shooting of another black man, Jacob Blake. The NBA cancelled the next three days of games and was quickly followed by other sports leagues, such as Major League Baseball (MLB) and Major League Soccer (MLS), which did the same.

How did the NBA’s activism affect its ratings?

While the NBA’s BLM activism was intended to increase awareness on social issues, this endorsement was criticized by some politicians. For example, President Donald Trump, in September 2020, tweeted: “People are tired of watching the highly political NBA. Basketball ratings are way down, and they won’t be coming back…”. President Trump’s statement implied that consumers would shy away from firms that display too much political engagement. On November 30, 2020, Adam Silver – the NBA commissioner – stated:  Now, some people might suggest that the words Black Lives Matter are causing massive amounts of people to tune out the NBA. There’s absolutely no data to support that. And in fact, as I said, there’s no doubt there are some people—and whether or not they were truly our fans to begin with is unclear—who have become further engaged with the league because they believe in our players and they believe in the positions they’ve taken, even if they don’t agree with everything they say. They respect their right to speak out on issues that are important to them. So, does activism really impact consumer behavior? In a recent study, we contribute to answering this question by evaluating whether the NBA’s TV audience ratings were affected by its involvement in the BLM movement.

For our analysis, we gathered data on TV viewers and audience ratings for all NBA matches shown by the national US networks in the 2018-19 and 2019-2020 seasons (Figure 1). To measure the perceived level of activism of the NBA in the BLM movement, we employed data from Twitter, a social media platform which has been increasingly considered by academics in measuring public sentiment. We calculated the total daily number of tweets with hashtags referring to the NBA and BLM. Figure 2 below shows how the values were consistently negligible until the end of May 2020 but then spiked dramatically. There are two clear peaks after the NBA resumed at the end of July 2020: one relates to the return to play at the end of July 2020, while the second refers to the boycott following the shooting of Jacob Blake in Wisconsin.

Figure 2 – Trends in Daily Tweets with hashtags NBA and BLM

We faced two main challenges in our analysis. First, the period we were examining coincided with the postponement of the season due to the COVID-19 pandemic. Second, the NBA – along with other leagues- has been consistently losing viewers in recent seasons, mainly due to the increased use of online platforms by viewers. How can we disentangle the effects of NBA activism from these other factors which were occurring at the same time? First, we conduct an event study employing high frequency data and take into consideration many factors that can influence both the TV audience data and the role of the NBA and Black Lives Matter (BLM).

Photo by BP Miller on Unsplash

Second, we employ a difference-in-difference approach, using the National Hockey League (NHL) as a control for the NBA. The approach rests on the idea that the TV audience trend of the NBA would have evolved similarly to the NHL’s if the NBA had not been involved in the BLM movement. We think that this assumption applies because both leagues are very similar in many aspects. For example, they were forced to stop playing in March 2020 and then resumed in July 2020 and had both experienced a decrease in the number of TV viewers over previous seasons. Despite these similarities, however, the two leagues differed greatly in terms of their engagement with the BLM movement. In contrast to the NBA, the NHL did not make bold statements about BLM, and it seldom directly addressed the issue of race.

The results of our analyses suggest that the decision of the NBA to allow players to express their activism and beliefs did not contribute to the decline in viewers and ratings, and therefore did not potentially influence revenue.

It may well be that the key factor which explains consumer behavior is not the number of tweets, but their tone. The question arises: are TV consumers more likely to switch off if the general tone of social media towards the NBA is negative? With this in mind, we analyzed the text of tweets which referred to the NBA and BLM and divided them between those with a positive and negative tone. A pattern started to emerge, with our results suggesting that tweets critical of the NBA involvement in BLM have a negative and significant effect on both viewers and ratings. A possible explanation of this finding is that negative sentiments associated with NBA involvement in the BLM movement might deter some consumers from watching matches.

The NBA’s solidarity with the Black Lives Matter movement is not an exception in the modern business landscape. Global brands appear to be more prepared to take risky decisions intended to develop stronger ties with investors and customers, who are increasingly socially and politically active and expect the same from brands they wish to either buy or invest in. Major examples of “brand activism” have been campaigns by Nike, Apple and other large corporations. Although firms’ activism might stem from a genuine desire to contribute to social change, it is relevant to assess whether activism bears a financial cost. Our research shows that, at least for the National Basketball Association, this is not the case. However, the role played by social media in supporting (or opposing) this action may be relevant. Further research may want to explore the implications of political engagement using microdata, therefore controlling for individual consumer characteristics and preferences. 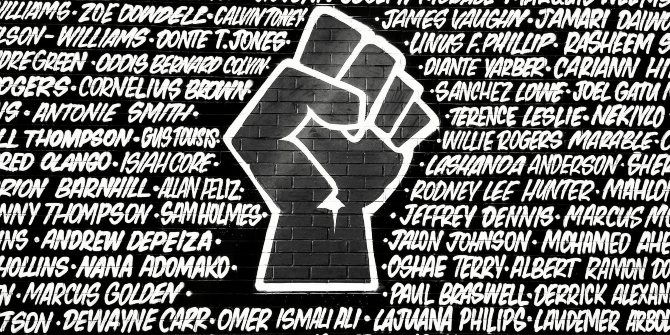