From 2015 to 2019 the city of Flint, Michigan experienced a drinking water crisis which saw thousands of residents exposed to water-borne diseases and potential lead contamination. In new research, Sara Hughes and Anna Kopec examine the role of Michigan’s municipal takeover laws – which are intended to tackle local financial distress – in shaping water crises in Flint and elsewhere. They find that the state’s municipal takeover policies were often applied unevenly and inequitably, with cities placed under emergency management more likely to experience rising water rates, water service shutoffs, and attempts at privatization, often without public input.

One tool available to states for intervening in municipal financial distress is to take over the city government for a given period. At least nineteen states have some form of these takeover laws in place. While these municipal takeover policies are often characterized as apolitical and technocratic responses to municipal financial distress, there is growing evidence that they are in fact deeply biased and often racialized responses to the structural challenges facing many US cities.

The effects of municipal takeover laws in Michigan

The state of Michigan has a municipal takeover law, the 2012 Local Financial Stability and Choice Act (PA436), that is one of the most aggressive and far reaching approaches to local financial emergencies. The state has the most instances of state municipal takeovers. Perhaps most famously, the Flint water crisis emerged while the city of Flint was under the control of a state-appointed emergency manager, which has been determined to be an important cause of the city’s water emergency. While the law has been controversial from the beginning, it received new scrutiny following the Flint water crisis in 2015. The law has been subject to legal challenge in state and federal court, with prosecutors arguing (unsuccessfully) that it is unconstitutional in its disproportionate suspension of democratic institutions for Black residents. Nonetheless, the law remains in place.

Our new research systematically explores the extent to which Michigan’s PA436 has been applied in a predictable way and whether it has affected drinking water services in other cities (besides Flint) that have com under state receivership.

PA 436 governs municipal takeovers in Michigan. Over the years, the policy has had different iterations, many of which have been criticized as draconian, with greater powers afforded to state-appointed emergency managers. The most recent iteration before PA 436, PA 4, was repealed through a public referendum in 2012.

In response, PA 436 was introduced together with a mechanism that made it immune from repeal by public referendum. To appease further opposition, an element of choice was included in this new law. Under PA 436, local elected officials have four options to choose from when facing a financial emergency: enter a consent agreement (a contract with the state which states that the local government will act to address a financial emergency), employ a state appointed emergency manager, undergo an evaluation process, or file for Chapter 9 bankruptcy. Even with these changes meant to increase local control however, significant powers are awarded to the state. The state treasurer must agree with the choice cities make and if not then a city can be forced to choose another option. The governor ultimately holds the power to order financial reviews and declare a financial emergency, with emergency managers then having authority over municipal personnel, budgets, and contracts. Since 1990, eleven Michigan cities have come under state control during financial emergencies (Figure 1).

Figure 1 – Michigan municipalities which have come under emergency management under the frameworks of PA72,3, and 436, 1990-2017

Predicting When the State Takes Over

To examine the predictability of municipal takeovers in Michigan, we used the measures of financial distress used in the application of PA436. Using Annual Local Unit Fiscal Reports, we constructed eight measures of financial distress for over one hundred cities. We also collected information about community characteristics such as reliance on state funds, proportion of Black residents, and household income. We found that the eleven cities that have come under emergency management are not the worst performing cities in the state. As Figure 2 shows, cities with emergency managers account for just 45 percent of the eleven worst-performing cities in Michigan. In comparison, cities with large Black populations and high reliance on state funds account for 64 percent and 82 percent of the eleven worst-performing cities.

An increasing number of cities throughout the US face serious financial challenges and need state support to address these challenges. The Michigan case shows that the relatively soft definition of financial distress can allow aggressive state takeover policies to be applied unevenly and inequitably, creating additional challenges for already distressed and marginalized communities. Decisions made during emergency management favor cost-saving measures and are made without public input. State programs and policies for intervening during municipal financial distress have an important role to play. There are policy models that have shown to be more effective at addressing the underlying causes of municipal financial distress while maintaining local decision making and input. 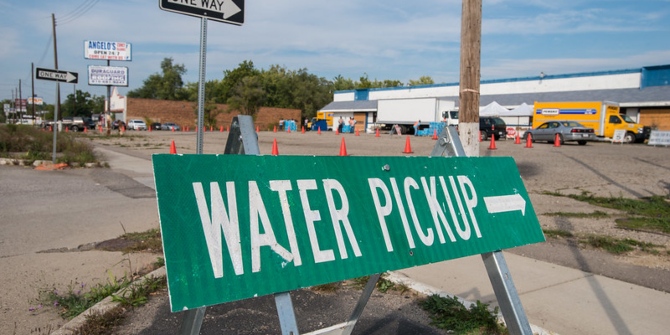