While women have become much more likely to obtain leadership positions in local governments since the 1970s, new research finds that they may be facing a glass cliff in municipal management. Using data from Florida local governments, Lang Kate Yang, Laura Connolly, and Jennifer M. Connolly write that women are more likely to be hired as municipal managers when budgets are in decline, which in turn is linked to a higher probability that they will leave their role, compared to men in the same position.

In recent decades, women have made significant strides in obtaining leadership positions in local governments. While only one percent of chief administrative officers were women in the mid-1970s, the percentage increased to 20 percent in 2009 and has remained relatively stable since. As more women break the glass ceiling in the public and private sectors, researchers Michelle Ryan and Alex Haslam have observed that women often ascend into senior management positions only when the organization is struggling. They coined the term “glass cliff” to describe this phenomenon, and more importantly, its implications. If women are more likely to be hired to lead struggling organizations, they are also more likely to be punished for failing to improve the organizational condition, a tall order given the problematic organizational circumstances.

In new research, we test the glass cliff hypothesis in municipal management. An elected council appoints a professionally trained manager to oversee day-to-day municipal operations. This is similar to corporate boards appointing a chief executive officer. Municipal managers are responsible for supervising municipal employees, proposing the budget, and directing the delivery of vital public services. Municipal managers are typically well educated and well paid. Like other organizations, hiring councils may associate effective leadership with masculine traits such as being competitive, ambitious, and self-assertive. In municipal government, managers must lead many traditionally male-dominated fields, such as police, fire, public utilities, and solid waste management.

Women are often given control in cities already in distress

Our original data from Florida shows that women are more likely to be hired as municipal managers when the municipality experiences declining budget solvency, that is, the revenue collection is less able to cover expenditures over time. In Figure 1 below, municipal governments that later hire a woman as manager see a drop in budget solvency (computed as the ratio between surplus/deficit to expenditure) on average in the years prior to the hire, while the trend is upward sloping for those that later hire a man.

The organizational condition into which a municipal manager is hired matters. While a transformational leader fosters motivation and positive development within an organization, leading an insolvent government into fiscal success may be very difficult. This is especially true if a broader decline in the wider state or regional economy underlie budget insolvency, as the economic shift affects tax revenue collection and the resources the government must improve its fiscal condition while providing essential public services.

Photo by Kristopher Roller on Unsplash

We analyze the relationship between the municipal government’s solvency condition during the manager’s tenure and the manager’s probability of staying in the position (“survival probability” as shown on the y-axis of Figure 2 below). With a male manager, the change in government solvency during his tenure has almost no relationship with whether he stays or leaves the position. However, for women, decreasing solvency is associated with a significant reduction in “survival,” that is, a heightened probability of leaving the manager position. Women managers seem to be “pushed off the cliff” when budget solvency deteriorates. Taken together with our observation that women are more likely to be hired into leadership positions when solvency is declining, the data suggest the presence of a glass cliff in municipal management.

This forms a vicious cycle that may threaten a sustained increase in female leadership in the public sector. If women break the glass ceiling only in struggling organizations, they climb up a glass cliff where continued organizational challenges may push them out of leadership positions. Not only would this suggest that the recent increase in women in leadership may be transient, at least for some women, it could also damage their future professional prospects. The poor financial performance of their previous employer could be one factor that prevents them from obtaining future leadership positions in other organizations.

A better understanding of the mechanisms behind the glass cliff can help governments foster the sustained leadership of women. Organizations may possess a “think-crisis-think-female” mentality and associate women with traits preferred in challenging times such as being attentive, empathetic, and nurturing. Benchmarking the performance evaluation of municipal managers with the organizational condition under which they are hired could mitigate the problem of the glass cliff. On the other hand, if organizations hire women leaders only to shoulder or weather a crisis, these women are more likely to become the scapegoat and take the fall. Rather than a process change, the way we think about who is hired and when needs to change. 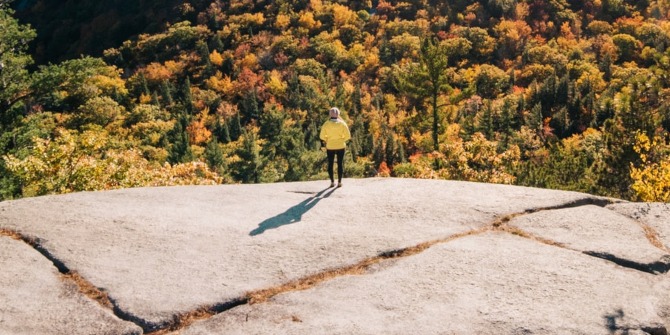