In Cedric Robinson: The Time of the Black Radical Tradition, Joshua Myers explores the practices of organising black resistance and unpacking the complex forces that shape black life through an examination of the life, works and legacies of Cedric Robinson. The book offers invaluable insight into understanding the man behind the concept of ‘racial capitalism’ and expresses hope at re-igniting how we view black resistance in the contemporary, writes Nyrema Baptiste. 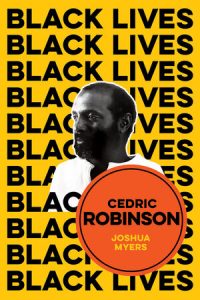 Black liberation in the United States is taught in snapshot segments, forcing the current activist-scholar to gaze upon movements like the civil rights movement or the black power movement as figments that existed at that moment for popular culture. This makes liberation look hollowed out, flattened and violent in its subjugation to the narrow lens of what anti-blackness imagines resistance to its existence means in its cultural fabric. Therefore, as we move forward in what black liberation looks like for our current social equality movements like Black Lives Matter, we must also understand the clear ideological framework of the past that is romanticised almost to the point of erasure. As we fictionalise slain leaders and those who managed to escape from racial, colonial violence, we are left with fragments of their memories. Memories that they have engraved into the ground and, if we look deep enough past the current fictitious identity of blackness in the US, into us as well.

Everything black activists, scholars, organisers are navigating today has been navigated before by brilliant thinkers who dug into their personal black lives for remembrance, inspiration and strength to understand and move forward in shaping black liberation in the US. Dr Cedric Robinson was one of those thinkers. Learning from various African leaders, brushing shoulders with minds like Walter Rodney and advocating for Malcolm X to talk on his university campus, Robinson embraced the history of black life, critiqued it and formed his understanding by unravelling what is perceived as the whole picture of black history in the US. From Robinson’s understanding, to be in resistance means to dig deeper than surface-level history and to imagine the incompleteness of black life as our histories are gathered to become myths. So, if Robinson worked on strategically decentring the colonial push to make black liberation and black life mythological, then Joshua Myers’s new book sees Robinson as a visionary whose work is rooted in the expression of what makes black resistance possible.

In Black Marxism: The Making of the Radical Black Tradition (1983), one of Robinson’s most famous works, he stresses that ‘as a scholar it was never my purpose to exhaust the subject, only to suggest that it was there’. This subject is the origins of resistance to Western modernity and its shaping of black genealogy. So why are we taken on a historical genealogy of black life when the conversation of this book is wrapped around black resistance? In Cedric Robinson: The Time of the Black Radical Tradition, Myers, Professor of Africana Studies at Howard University and author of a recent history of the Howard University protests of 1989, tells us that it is to demystify our snapshot view of resistance. Theoretically resistance is like a language in the way blackness is. How we view black American history makes our current political language and culture of resistance incomplete. 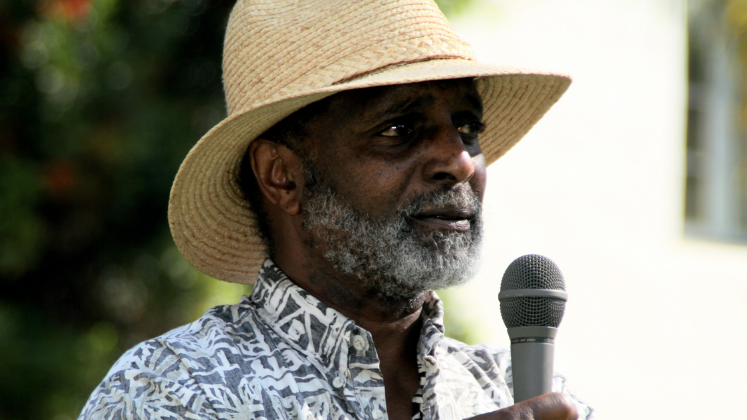 Image Credit: Crop of ‘np_rally_34.JPG’ by Doc Searls licensed under CC BY SA 2.0

Producing a concise book that acts as a foundation for demystifying Robinson and challenging how we view historical liberation organisations and movements, Myers introduces how black resistance is rooted in black life and the performance of active community participation in and out of academia. Furthermore, we are introduced to Robinson’s other works and the conditions of black life that shaped his commitment to community and formed what made and makes the black radical tradition.

Myers’s move to demystify Robinson and his work proves to be an insightful challenge as he familiarises the reader with Robinson’s familial upbringing and draws out how it shaped the crafting of the black radical tradition. In the first chapter, Robinson is introduced to us by an antidotal retelling of his family’s ancestral migration from Mobile, Alabama, to California. It is the story of many black families leaving, if possible, towns and areas so anti-black that even having a large black population did nothing to negate the racial violence enforced in everyday life. From this story, we begin to understand Robinson and his attachments to resistance and community, which Myers also engages through Robinson’s early work, Black Movements in America. Myers analyses this text at the beginning of the first chapter, putting into motion the lineage of mass black political action through the migration of black folks from the South and midwestern states, also documented in Isabel Wilkerson’s The Warmth of Other Suns.

What is conceptualised here is that we do not truly understand how the lives of our families shape our political consciousness. The way Robinson details his family’s resistance in leaving Alabama is often the reality of how anti-blackness structures our society and provides a response to the threat of death imposed by anti-blackness. That is how many have shaped their way of addressing the situation of oppression and resistance: the way they remember and speak on it highlights how meaningful these conversations are in understanding the roots of their conditions and how they organised around it. ‘All around him were these people, his people. They know life, Black being, had required struggle’ (16). Myer’s analysis of Robinson is not surprising, considering the mapping Robinson undertook in Black Marxism to help us imagine a radical future rooted in understanding our history. In many ways, the first chapter of Myers’s book sets up the theme of unlearning everything we know about resistance, about the figures and icons we are allowed to acknowledge, moving beyond the capitalist selling of it and reconfiguring what animates the spirit of the movement.

Making sense of these conditions is essential to understanding Robinson’s work as an organiser because black liberation cannot simply be theorised: the answers that are sought will not be readily found in texts that may alienate those they aim to engage. Myers touches on this as another theme throughout the book, centring Robinson’s focus on the practices of existence and liberation outside of Eurocentric political traditions, rather than just the concept of racial capitalism, which Robinson spent a chapter on in Black Marxism.

Myers connects Robinson’s experiences and desires to the traditions within black popular culture as strategic tactics envisioning and challenging misconceptions. In Chapter Six, ‘Culture and War’, Myers briefly utilises Robinson’s Forgeries of Memory and Meaning and outlines its impact on black film studies, connecting it to today’s black resistance movements. Robinson’s book broadens the conversation on what is gained and lost in the shaping and reshaping of black political aesthetics, especially in the media, as patterns form in understanding racial violence, resistance and the maintenance of black contentment. ‘Black film exists only in the underground, its creation a subversive act. Whiteness as the grounds for reproduction of the American film industry has survived the contemporary cries for Black visibility and diversity’ (Robinson quoted on page 228). What, then, if the power maintained is anti-black? How do we understand how the past has been shaped by modernisation, even through the popular content that is digested by the masses?

A number of questions remain to be engaged in Robinson’s work; however, more clarity on black life generates a framework that can display the limitations of past movements and our romanticisation of them. Anti-blackness is a systemic condition in the world; it is rooted in the past few centuries, and alongside it is a legacy of resistance shadowing it and being redefined. The end of Cedric Robinson: The Making of the Black Radical Tradition unearths a changing of the foundations of resistance organisation and how we frame our understanding of moving forward towards black liberation and the quality of black life in the United States. Still, for me, this book positions itself as a guide through Robinson’s life and through the struggles of active resistance, which are not as clear-cut as special episodes on television, films or black-and-white images suggest, given the lived reality of black folks around the world.

Cedric Robinson: The Making of the Black Radical Tradition ultimately seeks to inspire faith in black liberation, through a black historical genealogy of a black leader whose work dealt with resistance to oppression. It assembles a mix of familiarity, individuality and togetherness woven into the lived experience of being black in Western society. Myers’s book grieves the man and his work but it is also uplifting, taking into account how much Cedric Robinson has helped to shape the political landscape of black American life while also bringing into consciousness how little things have changed.

Nyrema Baptiste – University of Edinburgh
Nyrema Baptiste is a PhD student at the University of Edinburgh. She completed an MA in International Affairs concentrating on Media and Culture at the New School. Her doctoral research centres around anti-blackness as a colonial structure within black popular culture. In particular, she focuses on how anti-black classism has reshaped black resistance in black pop-cultural spaces.