Among other things, “no excuses” schools have come under fire for their strict discipline policies because these schools tend to employ inexperienced young white teachers who are using behavioral control over largely Black/Brown students, often in low-income neighborhoods. “No excuses” schools can be places where students are expected to be silent for a majority of the day, and where learning takes the form of repetition and memorization to serve performance metrics, which historically included state tests. However, the Common Core Standards, introduced in 2009 by the National Governors Association and supported by the federal government, require more complex problem solving, thereby reducing the benefit of rote memorization, or “teaching to the test.” Thus, the high test scores achieved by some “no excuses” charter schools complicate the narrative of these schools. These organizations argue strict discipline is necessary to instill an orderly learning environment and achieve college acceptances in schools that were previously overrun by misbehavior and violence. Others argue the testing success garnered by these schools is not the same as learning and the strict behavior policies reduce the kids to “worker-learners” who produce good test results but do not achieve deep learning or the ability to negotiate with authority.

I looked at two of the highest performing charter schools in New York City (NYC) to better understand this dynamic between discipline and school success. I spent two weeks interviewing students, teachers, and administrators and sitting in on math classes to find answers to these questions: why were students successful at these schools? Was testing success due to rote memorization or actual learning? And at what costs to students’ emotional and psychological safety did the success come?

What I learned is that these two top performing schools defied the traditional “no excuses” model in three ways that led to student success. First, the mathematics instruction I observed was fairly progressive, focusing on partner work, analyzing errors, and pushing a growth mindset (the idea that intelligence is not fixed but rather grows when we make mistakes and learn from them).

Second, the teaching staff at the schools I observed were more experienced than most “no excuses” schools. Their status allowed them autonomy in curriculum creation and delivery, which, they noted, made them more likely to remain in their jobs. In interviews the teachers said they stayed because of strong mission-alignment and professional development, coupled with the mentorship veteran teachers offered.

Lastly, there was a reflective focus on school culture that specifically tried to avoid unnecessary student punishment and authoritarian discipline. Conversations with teachers and administrators revealed a systematic review (and dismissal) of the discipline policies that they believed were extraneous to student learning (e.g., dress code rules). ​​One administrator reflected on their struggle with discipline policies:

The pitfall of demerit/merit systems is teachers relying on it rather than really thinking about all the human and other tools that they actually have. It becomes a tool of — it typically happens with first year teachers — it’s like a tool of control rather than a tool to supplement and reinforce habits. That’s something that I think we’ve talked and troubled with a lot, how do we use it so that it’s not a tool of control but actually truly forming habits of students. – Charter Administrator

When school founders seek to emulate the success of “no excuses” charter schools, they need to recognize the factors that make the exemplar schools successful. It is not the exacting discipline, but rather its absence and the presence of adult reflection, which creates the environment where students flourish. These schools retained their veteran teachers and administrators for many years (no small task!), which in turn led to improved retention of new teachers and more sustained focus on both pedagogy and school culture. It is only in schools where teachers are reflective and students feel cared for that the progressive pedagogy (growth mindset messaging, error analysis, etc.), in conjunction with teacher control over the curriculum, can produce strong testing results.

Monique H. Harrison – University of Pennsylvania
Monique H. Harrison is a Postdoctoral Fellow at University of Pennsylvania Graduate School of Education. She has degrees in education (PhD, Stanford), sociology (MA, Stanford), school leadership (MEd, Harvard), and human development (BS, Cornell). She was a middle school classroom teacher, teacher coach, and administrator for both district and charter schools. Her research focuses on inequality and stratification in education and the workplace. www.MoniqueHarrison.com. 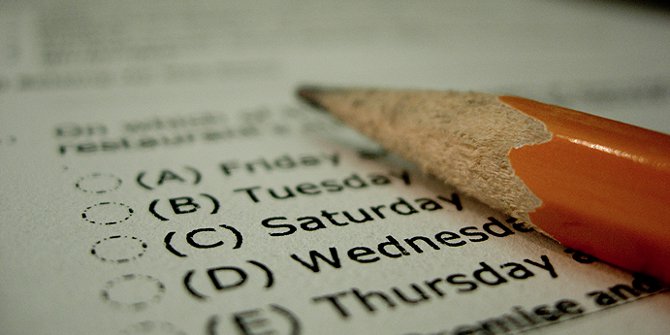