Florian Weigand introduces his new book Waiting for Dignity: Legitimacy and Authority in Afghanistan (published by Columbia University Press, 2022), looking at how legitimacy is built and lost during armed conflict. Drawing on 500 interviews, he examines the perspectives of ordinary people in Afghanistan as well as those of competing authorities: insurgents, warlords, members of parliament, security forces and community leaders.

Not a day passes in which Afghanistan’s Taliban do not make the headlines for their harsh treatment of people, especially women, who in many cases got stripped of access to education and employment when the Taliban took control of the country in August 2021. Nonetheless, the movement is not without domestic support. A young man in a rural province of Afghanistan described his motivation to fight as part of the Taliban movement against international and Afghan forces. He argued that the US forces ‘came as occupiers not as guests, not behaving like guests doing construction, but targeting innocent people’.

So why do we consider an authority to be ‘legitimate’ – or not? And how does legitimacy play out in a context of war, where usually at least two authorities compete over control and legitimacy? And under what conditions do people move from passive acceptance to actively joining an authority, perhaps even fighting for it as in the case of the Taliban? My new book Waiting for Dignity engages with such questions through the lens of the war in Afghanistan in the years leading up to the Taliban’s capture of the state. It is based on around 500 interviews with ordinary people across the country and the various authorities that try to rule them, including members of parliament, insurgents and traditional elders.

Our understanding of legitimacy – and how to build it – has been centred around assumptions on what kind of institutions people believe in. For instance, drawing on Max Weber’s work, international interveners often invested in supposedly ‘traditional’ institutions, assuming that such authorities have the support of the population. In Afghanistan, the US built the so-called ‘Afghan Local Police’, a village defence force against the Taliban that was supposed to be grounded in a longstanding tradition of community policing and community self-defence. While the forces indeed became a successful first line of defence in some communities, the ALP turned against other communities or even against their own communities in other cases.

Similarly, the international community tried channelling development assistance through local councils to enhance the legitimacy of the state. Other efforts aimed at building what Weber called ‘rational-legal’ legal legitimacy, such as procedural democratic structures. In Afghanistan, this included elections on various levels, including elections for the President, the parliament and provincial councils. However, people had little trust in these institutions, viewing them as corrupt and thinking of many of the elected individuals as being driven by greed.

Leaving the theories behind and talking to ordinary citizens across Afghanistan showed that they had very clear expectations and reasons why they considered a certain authority to be legitimate – or not. In the absence of macro-level accountability, such as a functioning democracy, people shift their focus to the micro-level and judge authorities on how they experience them in daily life. They expect to be treated with dignity. People compare this expectation to how they experience authorities, when they interact with them in daily life. This includes interactions with the police at checkpoints, with a judge during a trial or with a clerk when applying for a new ID. Here, at the very local level, in people’s everyday life, legitimacy of states, insurgents and other authorities is gained – or lost.

In Afghanistan, different authorities succeeded in different places. Looking at the Taliban before 2021 as an example, they were largely viewed as a security threat, especially in urban areas. People considered them to be responsible for violent attacks, often with large numbers of civilian casualties, as well as kidnappings and robberies. A shopkeeper in Kabul described the Taliban at the time as ‘the biggest reason for insecurity in the area’.

But the Taliban also gained legitimacy in some places, often simply by being viewed as ‘less bad’ than the state. In particular, they benefitted from people viewing the police and other branches of the state that they experienced in daily life as highly corrupt, making the Taliban look like a lesser evil. In addition, their courts helped the Taliban to gain a degree of support in some areas. An interviewee from a rural district in Faryab Province argued, ‘The Afghan government is distinguishing between the rich and the poor if someone is rich or high profile, they will get released. If it’s a poor person, no one will ask about him. The Taliban government is not like this. Both rich and poor are equal.’ However, it certainly wasn’t always the Taliban that succeeded in building legitimacy. In other places other authorities, such as elders and other traditional authorities, built legitimacy more successfully through interactive dignity.

Authorities’ official claims to legitimacy are usually based on some grand ideological narrative whether it be democracy, freedom or religion. In Afghanistan, the governments in charge from 2001 to 2021 advocated for democracy and human rights while the Taliban claimed legitimacy on the basis of Islam and a fight against foreign occupation.

However, talking to authorities as individuals showed that they were usually well aware of why people actually supported them. Government officials, Taliban fighters, elders or warlords – they all emphasised the importance of interactive dignity and rarely tried using ideology to make their case. For instance, a strongman claimed: ‘I know how to govern Afghanistan; that’s why I was successful. I had good relations with the scholars, the religious scholars, with the elders and the influential people […] I was just sitting on the floor as they sit, together with them. And there were mullahs and religious scholars with them. When I see a mullah, I am a mullah. When I see young people, I am young, and when I see some people who are very smart, I am smart just like them. That’s why everybody likes me.’ Others offered more critical reflection. A police officer noted, ‘even in Kabul most police officers have a criminal record. For example, the police beat people selling vegetables on the street, asking them for money. Corruption hurts the weakest.’

A lack of interactive dignity does not only undermine the legitimacy of one authority – it also legitimises alternative authorities. Looking at why people joined the Taliban, like the man we encountered in the introduction, shows that many of them had personal experiences with the state or the international forces that they viewed as deeply unfair, extractive or violent. Adopting their perspective, they joined the Taliban as a pathway to achieve what they thought was stolen from them or done to them.

However, legitimacy is nothing permanent. It can be built, it can be enhanced or it can be lost on the basis of new experiences. The Taliban fighter who viewed the US to be occupiers not guests later left the movement. They had lost legitimacy in his eyes, when ‘people started to fight about positions and were not idealistic anymore’. Things became even more complicated when some of his relatives started working for the government, turning family members into potential targets: ‘I didn’t want to fight relatives. That would have caused family problems,’ he explained.

In order to build legitimacy during armed conflict, it is not tradition or some ideological claim that matters. How people experience day-to-day interactions is crucial. The least people expect in a volatile context is being treated with respect and fairness by those who claim to be working in their interest. Claims about ideology such as religion ultimately are secondary for most people, who are understandably much more concerned with the reality that they actually experience. Even though most authorities in Afghanistan were aware of the importance of interactive dignity, they rarely managed to translate their claims into a lived practice in any systematic way. Hence, there was a considerable gap between people’s expectations and experience of any authority, keeping them waiting for dignity.

Looking at Afghanistan after the Taliban’s capture of the state in August 2021 indicates a considerable legitimacy challenge. The Taliban had managed to build some legitimacy in parts of the country by pointing the finger at the corruption of the government, being the lesser of various evils. But today they are fully responsible for people’s experience of authority. They have to show that they can govern better and treat people with dignity in daily life – across the country, everyone, regardless of class, ethnicity and gender. So far, they are not living up that expectation: women are protesting on the streets, demanding access to education. People continue waiting for dignity.

Posted In: Book Reviews | Democracy and culture | US foreign affairs and the North American neighbourhood 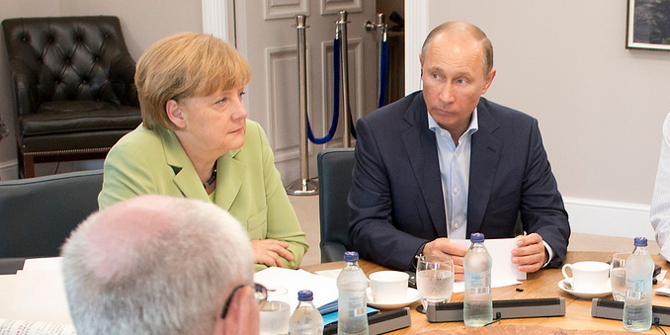 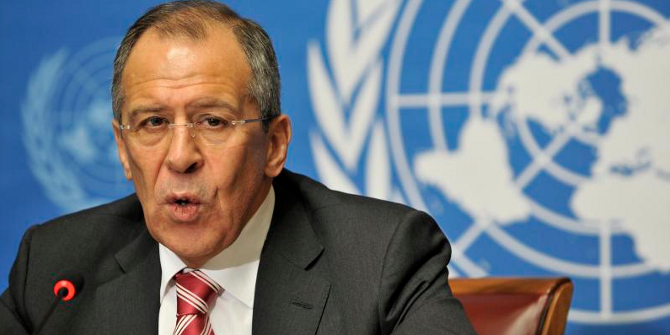 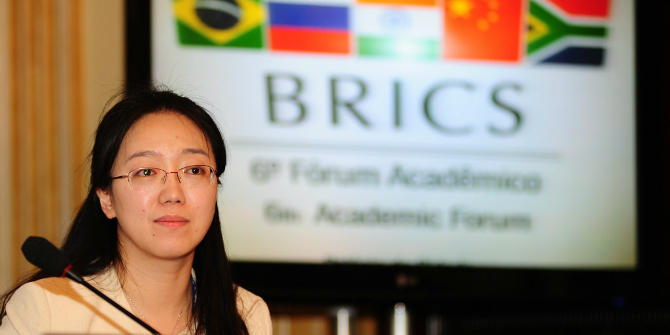