While corporate social responsibility in the European Union seems to serve as a complement to lobbying, in the US the relationship seems to be one of substitution. Patrick Bernhagen, Kelly Kollman, and Natalka Patsiurko write that companies’ non-market strategies are shaped by their material interests and profit-seeking behaviour and the appropriate strategies to pursue these interests vary according to institutional incentives and prevailing norms.

Increasing numbers of companies participate in corporate social re­sponsibility (CSR) schemes addressing social, labour, or environmental issues by adhering to standards beyond what is required by law. At first glance, CSR and lobbying seem to have little in common: Corporate lobbying is aimed at securing private benefits for a company, such as subsidies or regulatory loopholes, while CSR involves the provision of public goods by private actors. And while lobbying frequently takes place outside the view of the public, CSR is usually intended to be publicly visible.

The established view of CSR emphasises benefits to society, market benefits to the company, or a shift in norms for acceptable business behaviour. However, companies also adopt CSR frameworks for political reasons to enhance their relations with policymakers. This implies that the same corporate characteristics and conditions in a company’s political environment that account for its lobbying also drive its adoption of CSR frameworks. In other words, a standard model of corporate political activity should also be suitable to explain CSR. Moreover, companies might use CSR to support their lobbying. This implies that a company that lobbies in a given policy arena is more likely than other companies to adopt CSR frameworks that are highly regarded in that arena. The social and political consequences might be immense, as progress in sustainability, human rights, or social and labour standards accruing from CSR may be reversed by anti-regulatory lobbying facilitated by CSR.

Figure 1 – Percentages of companies participating in non-market activities by country of headquarter, top 25 countries listed in descending order of adopting a CSR framework (GRI and/or UNGC)

To shed light on the relationship between lobbying and CSR, we analysed the non-market activities of over 2,000 large companies from around the world in the policymaking centres of the world’s largest markets – the United States and the European Union. Chart 1 shows percentages of companies participating in non-market activities per country of headquarter for the top 25 countries in our sample, listed in descending order of adopting the Global Reporting Initiative (GRI), signing up to the United Nations Global Compact (UNGC), or both. While there are many exceptions, the general pattern suggests that non-market activities tend to go together.

The results of our multivariate analysis show that lobbying and CSR can be predicted by very similar statistical models: Most of the factors that predict lobbying predict CSR in the same way. For example, the larger a company is, the more likely it is to lobby in Washington DC, to lobby in Brussels, to use the GRI, or to sign up to the UNGC. Furthermore, publicly traded companies are more likely to lobby in Washington DC and join the GRI than private equity firms. Washington DC lobbying and GRI participation also become more likely the higher a company’s individual tax bill. Thus, there are clear arena-specific patterns of companies’ non-market behaviour.

Moreover, lobbying in the EU is associated with an increased likelihood of a company pursuing arena-specific CSR. The expected likelihood of a company participating in the UNGC is between 18 and 33 per cent higher for Brussels lobbyists than for companies who do not lobby there – even if all other factors are taken into account. However, looking only at companies that lobby in Washington DC, spending more on lobbying does not increase the likelihood of adopting a CSR framework. If a company were to double its lobbying expenditure in Washington DC, its likelihood of participating in the GRI is expected to decrease by about 8 per cent. This result runs counter to the expectation that lobbying leads to more CSR everywhere. While similar models of corporate political activity predict GRI participation and DC lobbying, and UNGC involvement and Brussels lobbying, respectively, the association between lobbying and CSR is largely independent of the chosen CSR scheme. Rather, whether there is a positive or a negative relationship between lobbying and CSR depends on the political arena. The findings show that companies adapt their non-market strategies to the arena of their lobbying.

Jointly, these findings highlight the similarity of lobbying and CSR relative to the differences between the political arenas of the EU and the US. While companies’ non-market strategies are shaped by their material interests and profit-seeking behaviour, the appropriate strategies to pursue these interests vary across political arenas with their specific institutional incentives and prevailing norms. The results also shed light on the expectation that companies use CSR as an accompanying measure to support their lobbying strategy: In the EU, the likelihood of a company engaging in CSR increases considerably if this company lobbies in the political arena. By contrast, spending more on lobbying in Washington DC decreases the likelihood of participating in CSR. Thus, while in the EU CSR seems to serve as a complement of lobbying, in the U.S. the relationship seems to be one of substitution: the more a company invests in lobbying, the less likely it is to take part in CSR schemes. This likely reflects the fact that the EU has actively promoted the uptake of some CSR frameworks and encouraged companies to improve their non-financial corporate disclosure since the late 1990s. Companies that seek access to European policymakers have responded accordingly.

Patrick Bernhagen is Professor of Comparative Politics at the University of Stuttgart, Germany. His work on interest groups and lobbying has been published in more than 20 articles in peer-reviewed journals, two books, and over 10 chapters in edited volumes.

Kelly Kollman is a Professor of Politics at the University of Glasgow. She has published numerous peer-reviewed articles as well as chapters in edited volumes on private governance, CSR and responsible corporate lobbying.

Natalka Patsiurko is an Analyst at Statistics Canada. 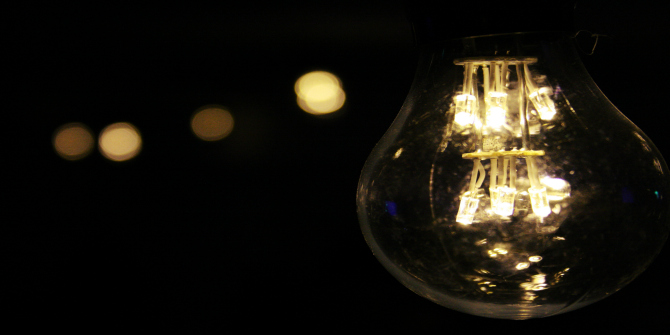 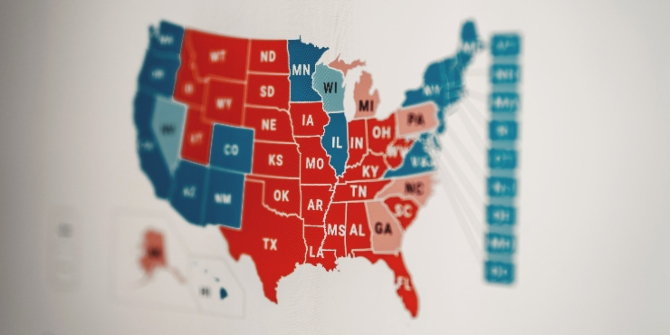 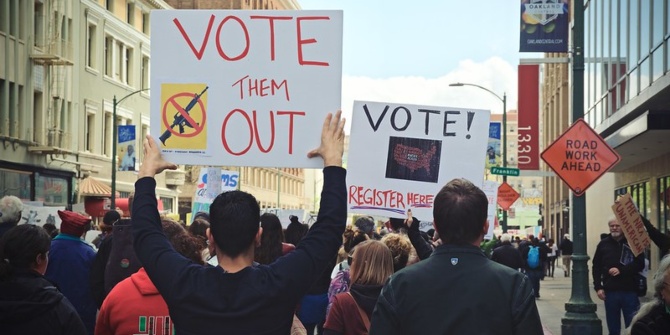 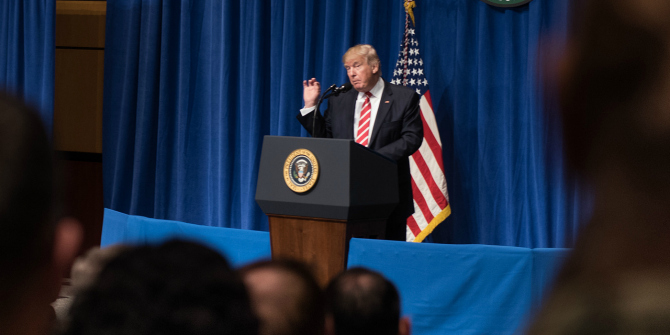 Political philosophy suggests that Trump will either double down on his behavior or eventually give in to institutional opposition.