As the Heads of State and Government from 28 countries prepare to meet for the 2017 North Atlantic Treaty Organization (NATO) Summit, Katharine A M Wright analyses NATO’s engagement with Women, Peace and Security and discusses the future of the ‘gender agenda’ within the alliance.

The first NATO Summit under a Trump Presidency will be held this week in Brussels and is set to be a Summit like no other. The US President’s position on NATO is still unclear, while he has moved away from his earlier observation that NATO is ‘obsolete’, it is evident that the alliance is a low priority. In response, NATO Officials have toned down the significance of the meeting and there will be no summit declaration. The declaration provides the blueprint for the future direction of the alliance, and at more recent Summits has included provision on the Women, Peace and Security (WPS) agenda.

For those following the WPS agenda the NATO Summit has significance. While many feminists have been rightly wary of NATO’s commitment to the WPS agenda, the reality is that NATO has been actively engaged with the agenda and is a key site for ascribing meaning to WPS. NATO works as what Cynthia Enloe termed a ‘teaching machine’ sharing lessons on best practice in relation to the integration of women (and now WPS) into NATO militaries. These lessons are learned not just among the 28 NATO member states but among a widening pool of NATO partner states. As a result, feminist scholars and activists need to pay attention to the alliance’s engagement with the WPS agenda as a site for its contestation.

Recent developments in the US on WPS have been cause for concern. The Trump administration has stripped all funding from the office responsible for WPS. As Paul Kirby notes, this leaves open a void in leadership on the normative WPS agenda at a global level, unless other states step up their own commitments, which at this stage seems unlikely. In this respect NATO’s engagement with the WPS agenda provides an interesting addendum to discussion on the future of WPS. The US did not provide leadership on NATO’s adoption of UNSCR 1325 and it has fallen to other allies and partner states to advance WPS at NATO. The absence of US leadership on WPS in an alliance they dominate could indicate that NATO’s current commitment to WPS may remain intact.

NATO Summits offer an opportunity for member states to reaffirm their commitment and to outline the future direction and priorities of the alliance. Over previous years the NATO Summits have proved hugely important for the advancement of the WPS agenda at NATO. In 2008, the Bucharest Summit declaration made reference to WPS and at the 2010 Lisbon Summit an action plan on UNSCR 1325 was agreed. It was at the Chicago Summit in 2012 where the most significant progress on WPS was made by the alliance, with the creation of the position of Secretary General’s Special Representative on Women, Peace and Security as a fixed term position. The 2014 Wales Summit saw a number of events dedicated to WPS, along with the Special Representative role being made a permanent feature of the Secretary General’s office. The 2016 Warsaw Summit reaffirmed the alliance’s commitment to WPS, even if no new measures were taken in support of the agenda.

So, what can we expect from the 2017 Brussels Summit in terms of WPS? There are two key issues WPS activists should pay attention to. First, the scaling back of the Summit to focus on just two issues – counterterrorism and burden sharing – means that WPS will be omitted from summit-level discussions as an issue in its own right for the first time in nine years, and five summits. However, WPS could still feature in discussion on counterterrorism given that the two agendas have begun to be incorporated over the last few years, for example in UNSCR 2242 which included provision on countering violent extremism. This synergy has proven problematic, particularly at the UN, where the inclusion of WPS as an ‘add-on issue’ to counterterrorism has reinforced rather than challenged existing gender paradigms.

If NATO were to engage with WPS as part of the Summit discussions on counterterrorism, this would be a significant change in direction for the alliance. The latest NATO policy on WPS omits any reference to counterterrorism, despite being adopted the year after UNSCR 2242 (NATO, 2016). It therefore seems unlikely that WPS will feature at the Summit under counterterrorism nor that it should, given it could work to water down recent developments in NATO’s conceptualisation of WPS.

The second more pressing issue to consider is that of the role of Special Representative on WPS, which is currently open after Ambassador Marriët Schuurman stepped down in March this year. The Brussels Summit should have offered and opportunity for the alliance to reaffirm its commitment to the position but with a narrow agenda, this now seems unlikely. The Special Representative provides an important focal point, both internally and externally, on WPS and the loss of the position would be a significant set back symbolically, as well as practically given the specialised resources the Special Representative can draw on.

So where does this leave NATO and WPS? Trump’s shadow looms large over the NATO Summit in Brussels both in terms of the core agenda and in respect of the alliance’s engagement with WPS. We know that WPS will not be discussed in its own right, given the narrowing of the Summit agenda but it is not yet clear if WPS will feature in discussion of counterterrorism, and if it did, that is unlikely to be a positive development. The greatest danger for NATO’s commitment to WPS is that the role of Special Representative will not be reaffirmed. However, NATO has continued to actively engage with the WPS agenda in the public arena following both Trump’s election and the stepping down of Ambassador Schuurman, we could therefore see NATO’s ‘gender agenda’ entering a new phase.

The alliance’s role as a ‘teaching machine’ on WPS means the future shape of the alliance’s commitment to WPS has broader repercussions for the normative aspects of the agenda, and we should continue to pay attention, at the Brussels Summit and moving forward.

Dr Katharine A. M. Wright is Senior Lecturer in International Politics at Newcastle University. Her research and teaching focus on gender and security, at NATO, in EU foreign and security policy and at the UN, including the projection and reception of strategic narratives in popular and celebrity culture. She is co-author of NATO, Gender and the Military: Women Organising from Within (Routledge, 2019 with Matthew Hurley and Jesus Gil Ignancio Ruiz) and more recently ‘NATO's strategic narratives: Angelina Jolie and the alliance's celebrity and visual turn’ (in Review of International Studies, 2021 with Annika Bergman Rosamond). She tweets @KAMWright. 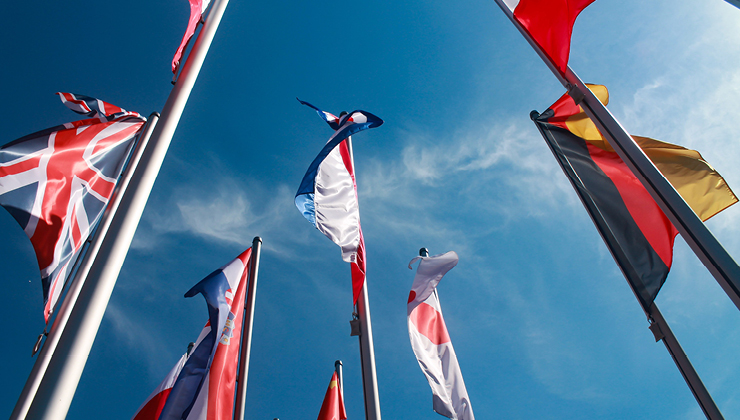