Since 2015, Yemen has been consumed by a conflict that has led to the death and injury of over 100,000 people – a number that is projected to rise considerably. With no end to the fighting in sight, this post challenges the legality of the UK’s contribution to the conflict in Yemen and, more broadly, its international commitment to women, peace and security.

The UK has been a global champion of the UN’s Women, Peace and Security (WPS) agenda since the adoption of Security Council resolution 1325 in 2000 and its role in progressing the realisation of the agenda has been significant.  Much work has gone into developing conflict prevention strategies, protecting women’s rights and promoting equality, each of which constitute core priorities of the WPS agenda.  Sadly, the UK’s record is at risk of being tarnished by its stance on the conflict in Yemen which has exposed a disconnect between its commitment to the WPS agenda and its role in supplying arms to Saudi Arabia, a leading belligerent in the conflict.

The UK government has for years categorised Yemen as a ‘human rights priority country’ and its interventions in Yemen have for the most part corresponded with its WPS commitments, including supporting peace efforts and measures promoting gender equality and women’s rights through numerous fora. Although Yemen’s needs were enormous even prior to the war (it was ranked as one of the poorest countries in the Arab region and women in particular fared badly) there is no dispute that the war has dramatically worsened the conditions faced by the population, not least for women. A year into the conflict the UN estimated that 7.6 million people – including 3 million women and children – were suffering from malnutrition as fierce fighting between opposing groups were hampering the provision of aid.  The outlook worsened when, in the spring of 2017, the UN identified Yemen as one of four countries in the MENA region facing the spectre of famine. And, more recently, an outbreak of cholera, which could have been contained had the warring parties allowed for the distribution of medical supplies, is reaching epidemic proportions.

With no end in sight to the conflict, there has been increasing domestic and international criticism directed at the UK and US for supplying weapons to Saudi Arabia.  Paradoxically, that fact would probably not have garnered much attention was it not for the Saudi military operations that have been widely condemned as violating international humanitarian law (IHL). These concerns were reinforced with the release of a damning report by the UN Panel of Experts in January 2017 into a catalogue of airstrikes by the Saudi-led coalition forces, leaving the Panel with little room but to conclude that the IHL principles of proportionality and precautions in attack were (almost certainly) not met and consequently some of the attacks were likely to constitute war crimes. A similar conclusion was reached by the High Commissioner for Human Rights.

In light of the mounting evidence of systematic IHL violations, is there a legal obligation on the UK to suspend arms transfers to Saudi Arabia?

Common Article 1 of the 1949 Geneva Conventions (CA1) obliges States to ‘respect and to ensure respect for the Convention in all circumstances’. This customary international law obligation requires States to ensure their forces respect the law and, arguably, to do everything reasonably in their power to ensure respect for the Conventions by others, including States engaged in conflict. The duty to ‘ensure respect’ comprises both a negative and positive obligation and, under the former, States may neither encourage nor aid or assist in violations of the Conventions by a Party to a conflict. More specifically, this obligation extends to the provision of financial, material or other support, knowing that such support will be used to commit IHL violations.  This obligation is found in numerous instruments including the 2013 Arms Trade Treaty (ATT) to which the UK is a Party. Since CA1 requires States to ‘refrain from transferring weapons if there is an expectation, based on facts or knowledge of past patterns, that such weapons would be used to violate the Convention’ there is a compelling case to be made that the UK is indeed under an obligation to suspend the further transfer of certain weapons systems. The military equipment supplied by the UK to Saudi Arabia in recent years includes aircraft and a significant arsenal of bombs; the likelihood that such weapon systems and weapons were used in some of the most troubling airstrike operations identified by the UN Panel is high enough to warrant caution.

This question lies at the core of a judicial review over the granting of export licences to Saudi Arabia currently pending before the UK High Court. The Government is heavily invested in the outcome: since March 2015 the UK and the US have together transferred more than US$5 billion worth of weapons to Saudi Arabia.  The outcome of the application will turn on an interpretation of English administrative law rules and the Consolidated EU and National Arms Export Licensing Criteria that was issued by the Government in 2014 to ensure the UK complied with its international obligations including the ATT. Criterion 1 requires that a license will not be granted if doing so would be inconsistent with the UK’s obligations under the ATT; Criterion 2 likewise requires a license not be granted if there is a clear risk the items might be used in the commission of a serious violation of IHL. In its submissions, the Government has not argued that UK manufactured weapons were not used by Saudi Arabia in the attacks that have given rise to allegations of IHL violations, as the Canadian Government did in a comparable case decided by the Canadian courts in January 2017.  Instead, the Government’s argument appears to pivot on the claim that a ‘serious’ violation of IHL is synonymous with war crimes or grave breaches, a reasoning that has been rightly criticised.  A war crime or grave breach is indeed a serious violation of IHL but the reverse does not necessarily follow since a serious violation of IHL is a broader notion that simply opens the door to individual criminal liability.  The more appropriate test in assessing risk is the one already established pursuant to CA1.

Law and litigation aside, there is a larger question about existing UK policy that hovers unsteadily between providing humanitarian aid and injecting ever more arms into Yemen’s highly weaponised environment. The fighting has already led to the death and injury of over 50,000 civilians, nearly 3 million have been displaced and 19 million are in need of immediate humanitarian assistance. The conflict has compounded the insecurity of women who confront both direct threats posed by the fighting and the reality of living in a conflict zone where gender-based violence, including sexual violence, has risen more than 63% in the last 2 years.  Among those communities that have been forcibly displaced, gender-based violence within families has increased by nearly 70%.  Moreover, heightened food insecurity has left over a million pregnant women malnourished and without access to basic healthcare giving rise to additional risks.

Suspending further weapons transfers to Saudi Arabia will not bring the conflict to an end.  Nevertheless, it would send a strong message about the need for law compliance in armed conflict and, more importantly, it would present the UK with an opportunity to show through its actions that it is not only fully committed to the WPS agenda but that it intends to remain a global champion of the initiative in this time of international uncertainty and upheaval.

Dr. Kawkab Alwadeai is a consultant in the Women’s National Committee of Yemen, and a member of the Human Rights Research and Education Centre at the University of Ottawa. She was the National Stress Counsellor for some 4,000 United Nations staff and their families in Yemen from 2013 to 2015. As a researcher, professor, journalist, and mental health counsellor, Dr. Alwadeai is a member of the Women’s Alliance for Security Leadership, and was an "Activist in Residence" at the LSE Centre for Women, Peace and Security in 2017. She can be contacted at alwadeaik@gmail.com. 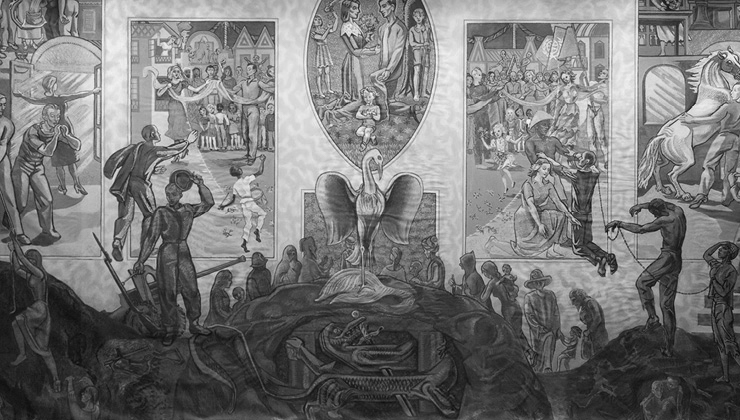