The alleged recent use of chemical weapons by the Syrian regime in Douma and the military action taken by the US, France and the UK in response underscore – again – the need for Syrians to make urgent progress on agreeing an inclusive political settlement that will address the underlying grievances of the conflict as well as address the international crimes and human rights violations that have occurred during the conflict. Against the backdrop of continuing violations and crimes of international law, Bela Kapur sees small glimmers of new hope and opportunity in the Syrian Women’s Political Movement.

Many of us are familiar with the statistics of devastation that the conflict engulfing Syria for more than 7 years represents today.  Devastation in terms of lives lost, homes destroyed, and livelihoods ruined; families and communities displaced, separated and lost to each other; cultures under siege and, in some cases, irretrievably lost.  We also see devastation in terms of the lack of international consensus, foresight and wisdom on how to resolve the conflict, and devastation of the supposed “international norms-based order” that underpin relationships amongst states.

Yet, as is often in the case in communities experiencing some of the worse of what we can do each other, there are individuals who every day make a positive difference in the lives of their family and those around them. In Syria, we see many women taking up new and evolving roles in the family and community.

Women have been active on the front lines since the beginning of the conflict in early 2011. They have been documenting human rights and international humanitarian law violations, promoting local conflict resolution, and delivering humanitarian assistance to the 7 million persons displaced in Syria, as well as the more than five million Syrian refugees in neighboring Lebanon, Jordan, Iraq and Turkey.

We also see Syrian women defying the classifications and expectations imposed upon them by culture, community and society and seeking a role to participate and influence the peace making process.

But progress has been frustratingly slow.

Despite their efforts, and the strong support of their international advocates, Syrian women have repeatedly been forced to the sidelines of the peace talks.  Indeed, only a small handful of women have been included in the preparatory discussions of the opposition negotiating team.

This situation is worrying. It flies in the face of everything we have learned in recent decades about how to end conflict and build comprehensive and sustainable peace.

It is against this backdrop of continuing political exclusion and marginalisation that a group of 30 Syrian women politicians and activists convened in a hotel in suburban Paris in October 2017. They were a diverse group, comprising a multiplicity of opposition views, ethnicities, religions, and geographic origins.

It’s not every day that a feminist political movement is set up. It is even more rare when it happens it affects a country at war. But this is exactly what occurred when these women came together to launch the Syrian Women’s Political Movement.

The women discussed, debated and argued.  The discussions were enthusiastic, energetic, exhausting and, at times looked like they were on the verge of breaking down. Many of the participants pushed every boundary on issues that have bedeviled Syrian politics and, therefore male politicians, for generations: on issues ranging from the nature of Syrian society (often frequently shortened, erroneously, to the ‘secular vs. Islamic question’), the future status of the Kurdish community in Syria, and relations with neighbouring countries.  Yet, with little sleep and enormous commitment to their female and male compatriots, the women discussed until they were able to finally reach agreement on the contours of a new political opposition movement, the Syrian Women Political Movement (‘Movement’).

The founders of this movement are clear on what they want to achieve.  Their vision sets out the aim of the Movement:

“to establish a democratic and pluralistic State based on the principles of equal citizenship for all citizens regardless of their gender, race, religion, sect, geographic region or identity. A State based on the rule of law that affords equal rights to women and men without discrimination. A State protected by a gender-sensitive constitution that forms the basis for the elimination of all forms of discrimination against women”.

And they went further, articulating a clear set of principles and commitments that will guide the Movement and its work:

The founders of the Movement make clear that these goals require a fundamental shift of the current political landscape; they cannot be achieved while Assad and the symbols of the regime remain in power.

In speaking about these principles, one of the organisers of the meeting, Mariam Jalebi, Representative of the Syrian National Coalition to the United Nations in New York, explains “the values of the Movement are more important than individuals, so anyone who agrees to the values is part of the movement”.

Notwithstanding the enormous challenges that Syrian women and more specifically the Syrian women’s movement has experienced since the conflict began in 2011, many participants in Paris talked about how their trust and belief in each other would ensure their continued navigation of this unworn path to justice, equality and freedom.

A feminist approach to peace and transition is vital, not just to Syrians and the future of Syria, but to the entire world. The world currently seems perched on the edge of a massive political and social transformation with regard to women, their rights and indeed the long-established gender norms underpinning our views and perceptions of women, their rights and their lives.

But it is not yet clear which side we will fall. Certainly there are positive signs: from the Global Women’s Marches that commenced in 2017 and continued earlier this year in cities and towns across the globe; to the backlash against ingrained workplace sexual harassment to the emerging recognition of how gender norms determine women’s experience of conflict.

As such, the launch of the Syrian Women’s Political Movement at this time in our history, where we see both progress as well as regressive steps restricting women’s and girl’s rights, is – potentially – a momentous step forward in permanently transforming the way in which we view women and their roles in society, the expectations we place upon women and the opportunities we see fit to bestow upon them. 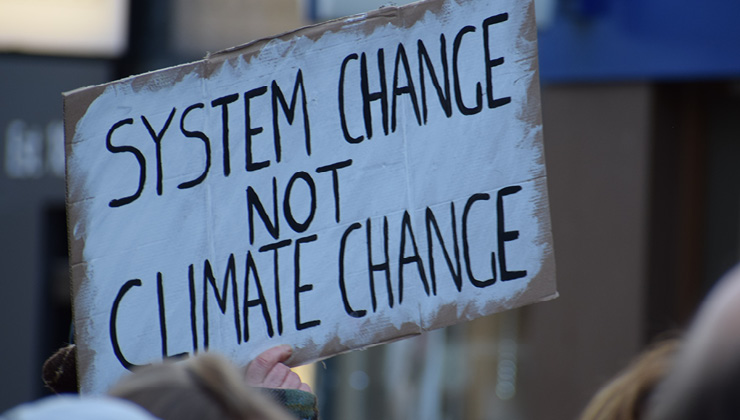 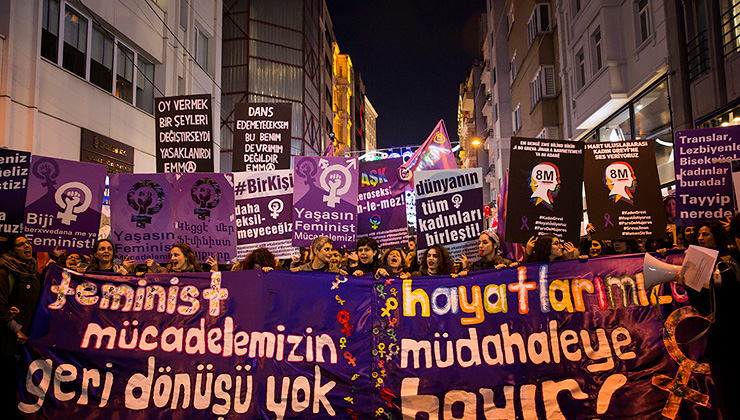