Christine Chinkin, Gema Fernández Rodríguez de Liévana and Keina Yoshida with the first in a series of posts analysing Lopez Soto and Others v Venezuela, a ground-breaking case concerning gender based violence in Venezuela.

In a series of posts we provide a summary and analysis of the ground-breaking case of Lopez Soto and Others v Venezuela. This first post provides a brief overview of the facts and sketches out the decision of the Inter-American Court of Human Rights. A second post provides an analysis contextualised more broadly within the international women’s human rights framework. A third post looks specifically at the Court’s decision on sexual slavery in the broader context of the legal framework on trafficking. We have written this series together as part of the feminist methodology of collaboration.

The complainant, Ms Linda Loaiza López Soto, is lawyer and human rights defender who has fought for 14 years to obtain justice for herself, her family and for women in Venezuela, where there are incredibly high levels of violence against women and impunity for those acts. For example, Venezuela is currently ranked 101 on the Gender Inequality Index and the Committee on the Elimination of Discrimination against Women has expressed its deep concern “that violence against women and girls is widespread and on the rise”.

The decision is the first against Venezuela on the issue of violence against women and girls (VAWG). It is also the first decision to find a State responsible for torture and sexual slavery perpetrated by a so-called ‘private actor’. As such, the reasoning of the Court in relation to these aspects is especially significant.

When Ms Lopez Soto was 18 years old she was kidnapped, held captive, continually raped, tortured and kept in conditions of sexual slavery over a period of almost 4 months (27 March until 19 July 2001). She was threatened by her assailant with a firearm and moved from place to place, from hotels to apartments. As well as physical violence and sexual abuse she suffered multiple other forms of violence, including psychological, verbal and cyber-abuse as he forced her to perform sex acts on camera. The perpetrator told her that he had powerful connections and that he would never be arrested for these acts. He also posed as her partner and explained any resistance on her part as ‘domestic’ or presented them as ‘relationship difficulties’.

On 19 July 2001, Ms Lopez Soto was able to escape. In addition to her horrific injuries, she testified to further continued suffering at the hands of the State. It took the authorities 5 hours to provide her with medical assistance during which time she remained in the apartment where she had been held fearing the perpetrator’s return (she had managed to attract attention while he was away). Ms Lopez Soto underwent 14 surgeries for the injuries that he had inflicted. Police investigations were from the outset inadequate as they favoured the account of her assailant – a person of high social standing – and his false assertion that she was a “prostitute”. Over the next 5 years, the complainant fought to obtain justice including going on hunger strike. Despite all her efforts, a drawn out judicial process failed to convict her assailant for sexual violence, thereby impugning her credibility and leaving her without remedies for an integral part of the violence that was perpetrated upon her. This process was plagued by irregularities and tainted by gender stereotypes, explored further in our second post.

The case was also brought by members of the complainant’s family. At the time, Ms Lopez Soto’s sister had immediately and repeatedly reported her absence to the police, but the authorities did not admit any complaint in relation to her disappearance, on the basis that the assailant was ‘her partner’. The police had both the name and telephone number of the kidnapper and yet nothing was done to protect her from the months of violence that she would suffer.

On 2 November 2016, the Inter-American Commission of Human Rights referred the case before the jurisdiction of the court.

Decision of the Court

The unanimous Court found that Venezuela had violated a plethora of Ms Lopez Soto’s rights under the Inter-American Convention on Human Rights; the Convention of Belém do Pará and the Inter-American Convention to Prevent and Punish Torture. Rights violated were:  to juridical personality, to personal integrity, the prohibition of torture and other cruel, inhuman or degrading treatments; the prohibition of slavery, to personal liberty, to a fair trial, dignity, autonomy and private life; freedom of movement and residence; to judicial protection and equality before the law, all in conjunction with the State’s obligation to respect and guarantee the rights without any discrimination as well as the obligation to adopt domestic provisions.

The Court also concluded that the State had violated her family’s rights to personal integrity due to the uncertainty experienced and the treatment that they received at the hands of the State.

An important part of the Inter-American Court’s jurisprudence relates to its decisions on reparations, which are binding upon the State party and more substantial and transformative than the jurisprudence of the European Court on Human Rights. The Court ordered inter alia, the State to carry out an effective criminal process to punish those responsible for the torture and sexual violence that Ms Lopez Soto suffered; pay financial compensation for pecuniary and non-pecuniary damages, create a national database on violence against women, carry out legislative and institutional changes, perform a public act in recognition of its responsibility for violations of international law and adopt and implement protocols on investigation of violence against women.

The reparations go beyond just satisfaction in pronouncing the violations, making it clear that Ms Lopez Soto and her family must be provided with medical and psychological support for the harms they have endured, by professionals of their choice. This is important since many organisations have highlighted the re-victimisation of victims by services which are only provided by the very people who have abused them or have caused trauma. The reparations are also transformative in the sense that they order the State to provide Ms Lopez Soto with a scholarship so that she can finish her professional education in a local or foreign university to which she gains admission. The Court also ordered the State to create an educational programme under Ms Lopez Soto’s name to be taught in the national curriculum.

This is yet another ground-breaking decision on state responsibility for acts of gender-based violence against women by non-state actors from the Inter-American system. In the second part of this blog we will provide an analysis of some of the key sections of the Court’s reasoning specifically in relation to the sexual slavery and torture. These are the most significant parts of the judgment with regards to their importation to the VAWG landscape.

Further information on the case is available in English on CEJIL’s website. Information about other landmark cases concerning acts of gender-based violence against women can be found on the LSE WPS ‘Tackling Violence Against Women’ Resource site. 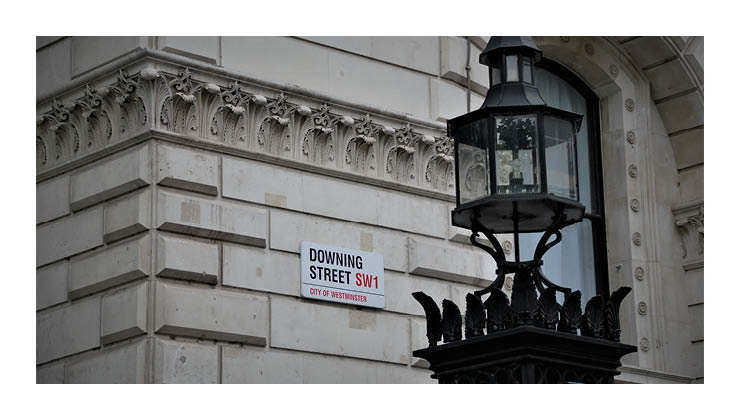