Hannah Wright discuss how feminists must resist gendered and racialised bordering practices towards migrants and asylum seekers of all genders who cross UK borders. She calls on feminist advocacy and grassroots action for halting these practices and build strong movements against them in the present moment.

On a sunny day in June 2014, a group of protesters from the organisation Women Against Rape stood in the foyer of London’s Excel Centre, holding banners reading “UK stop imprisoning and deporting rape survivors”. The UK government was using the venue to host a Global Summit to End Sexual Violence in Conflict, which sought to step up efforts to end impunity for the use of sexual violence in conflict settings. As politicians, diplomats, celebrities and civil society organisations gathered for the conference, the protesters underlined the duplicity of government policies that condemn acts of sexual violence in distant conflicts while incarcerating migrant survivors of such violence, often without adequate access to healthcare or legal support, and sometimes deporting them back to the conflict zones from which they have fled. While the government is planning a follow-up conference next month, eight years on from the first event, the gendered and racialised violence of the UK border regime has only intensified in the intervening period. As feminists, I argue that we must resist these bordering practices and their reach into our communities.

The UK government’s efforts to tackle impunity for sexual violence in conflict form part of its wider implementation of the Women, Peace and Security (WPS) agenda. While the UN Security Council resolutions underpinning WPS call on states to recognise the rights and vulnerabilities of female refugees in contexts the Council interprets as ‘conflict-affected’, the same principles should surely apply once refugees leave the conflict zone.  Although many European governments have WPS action plans to support women in conflict and peace processes, if and when these women seek asylum in Europe they slip from the view of these plans and are often subject to draconian anti-immigrant policy regimes. In the UK, WPS advocates have persistently called on the government to bring migration policy into line with its WPS commitments and uphold the rights of people of all genders who cross UK borders. Yet immigration and asylum have remained conspicuously absent from UK WPS policies.

In the UK, survivors of gender-based violence can face hostile questioning and disbelief when making asylum claims. Asylum seekers can be detained without time limits and, as the protesters from Women Against Rape noted, there have been disturbing reports of sexual abuse of detainees by guards at Yarl’s Wood Immigration Removal Centre (IRC), which (until recently) detained mainly women and families. Even while hosted in communities, the precarious status imposed upon those seeking asylum leaves them vulnerable to further harm: the ‘no recourse to public funds’ rule means they cannot access basic services such as domestic violence refuges, while the prohibition on taking up employment leaves some asylum seekers destitute or even economically dependent on an abusive partner or family. Meanwhile, due to co-operation between police and immigration authorities, undocumented women who experience gendered violence can be deported if they report it to the police.

It perhaps feels naïve to ask the government to adopt a more ‘gender-sensitive’ approach to migration and asylum when it has openly declared its hostility toward immigration, except for the wealthy and highly educated. Most recently, the Home Office has sought to deport asylum seekers to Rwanda and to forcibly push back migrant vessels crossing the English Channel, putting lives in danger — measures only stopped thus far by legal challenges. In other words, the cruelty is the point:

These policies are intended to deter migrants and asylum seekers from coming to the UK by making the process as dangerous and unappealing as possible.

Previously, where WPS principles have clashed with other government priorities — such as its objective of increasing its overseas arms exports, or its refusal to recognise the situation in Northern Ireland as a conflict — the latter have often won out, and migration policies are no different.

Setting aside questions about the likelihood of success, however, while calls for gender-sensitive border management could reduce specific gendered harms wrought by migration policies, they typically do not problematise borders themselves as forms of gendered and racialised violence and exclusion. Since the mid-twentieth century as Britain’s empire was dismantled, decades of anti-immigrant legislation brought in by both Conservative and Labour governments has continued processes of dispossession inaugurated by colonialism, preventing colonised people (among others) from accessing the spoils of empire amassed in the UK. ‘Borders’ on this reading are not mere lines on a map or physical barriers but ongoing practices of differentiation and hierarchy that organise the distribution of the means of survival and flourishing and structure our relations with one another. Borders also reproduce the hetero-patriarchal family by determining which kinds of relationship ‘count’ in the eyes of the state, while also deciding who is deserving of a ‘family life’ in racialised and classed ways. Like calls for feminist jails, then, demands for a more feminist border risk merely tinkering with an institution whose purpose is anti-emancipatory at its very heart.

Much as the WPS framework cannot address capitalism as a root cause of climate change, as Claire and Carol argue in their blog, neither is it designed to dismantle borders.

If the incorporation of WPS into migration policy (or vice versa) simply means more female border guards or more funding for specialist women’s IRCs, for example, this will be no feminist victory.

However, we might think about how feminist advocacy can be used to mobilise for non-reformist reforms — that is, those that shrink, rather than extend, the power of immigration controls to intervene in people’s lives — and Gracie Mae Bradley and Luke de Noronha’s recent book Against Borders gives some clues as to what these might look like. Calls to shut down IRCs, for example, and not replace them with electronic tagging or other control measures, would reduce coercion and surveillance and offer more freedom to migrants to go about their lives. Creating a ‘firewall’ between immigration enforcement and other public bodies would allow undocumented people to access vital services such as healthcare and employment support without fear of deportation — though the Home Office has already rejected the idea of firewall for migrants survivors of abuse.

Given the current government’s determination to reduce net migration despite the human costs, the chances of a policy reversal seem slim. Grassroots action to resist immigration raids and stop deportations coupled with legal challenges are offering most hope for halting the encroachment of borders and building strong movements against them in the present moment. Policy frameworks like WPS — of which the UK government has positioned itself as a champion — and events like the upcoming conference on ending sexual violence, however, create opportunities to expose the colonial mindset that poor, mostly racialised women should be saved from sexual violence in conflict zones but still subjected to the violence of our own border regimes. At the same time, we should remain attentive to the risk of creating hierarchies of deservingness when it comes to migration, including gendered ones. While feminists rightly highlight the particular gendered impacts of bordering practices, we must avoid reinforcing racialised narratives of female vulnerability and masculine threat that position ‘womenandchildren’ as more deserving of safety and mobility than migrant men. Ultimately, patriarchy and borders work together to divide, exploit and control us — a feminist politics of freedom demands that we dismantle them both. 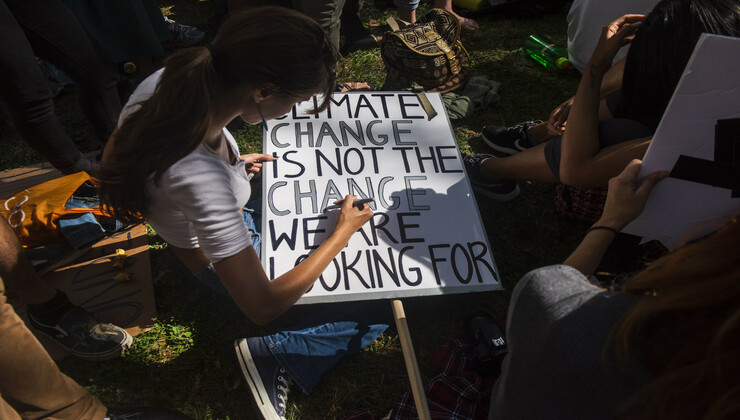 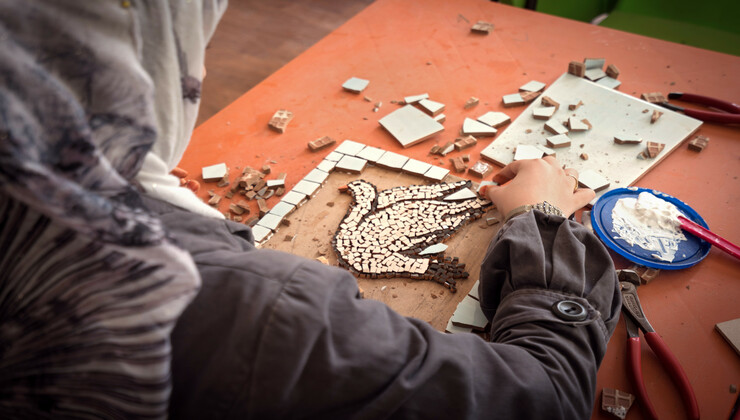 Examining the relationship between gendered counterterrorism and international development 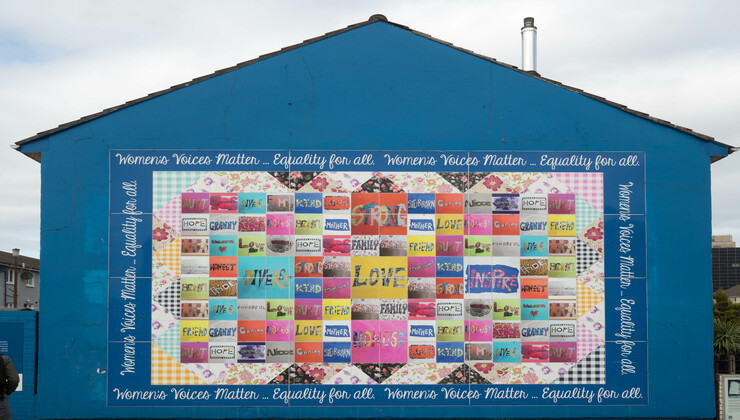