Jonathan Silver says that Israel and South Africa: The Many Faces of Apartheid does an excellent job in illustrating “the power of comparative work in helping to chart new possibilities, ideas and conversations.”

In this collection of essays brought together by the respected anti-Zionist, Israeli historian Ilan Pappe a diverse group of contributors seek to build on and develop debates concerning the apartheid analogy and the state of Israel in its ongoing relations with Palestine and the Palestinian people. The book covers an at-times bewildering range of comparative endeavours that criss-cross history from the pioneer myths of the Afrikaners and the early modern Zionists to the present-day repercussions of such settler colonialism but rarely involving any type of historical linearity. Rather the contributors present a series of provocations and lines of argumentation that serve to open up and explore new and established parallels between Israel and apartheid-era South Africa. It is this vibrant comparative scholarship that lies at the heart of this powerful and interesting collection with the impact of these essays aided by the careful and thorough editing by Pappe and the quality of each of the chapters.

In the introduction Pappe draws out the series of comparative axis through which the book is staged and the fluid boundaries and categories upon which they rest, providing an open but carefully assembled space for the essays to proceed. From the hesitancies over the geographic boundaries of the nation-state called Israel to the questioning of the purpose of such comparison (simply to understand or for future hope?) it is clear that much care has been taken to think through the particular moments in which both similarity and difference present themselves across these two seemingly distant places and eras. From such a framing the chapters draw on various processes of control and resistance, oppression and freedom, identity and belonging some of which lead to a convergence between Israel and South Africa and at other moments merely reinforcing the very different natures of these places.

This is not the first collection to undertake such comparative work (see here) but the broad and in-depth range of topics from Anthony Lowstedt’s exploration of the femicide of apartheid through to Oren Ben-Dor’s challenging essay on apartheid and the question of origin through to Ronnie Kasrils angry yet measured call for justice serve to show the uses of multiple methodologies of comparison and how they may be charted across the injustices of these two settler-colonial contexts. One of the strengths of the book is that the similarity or difference does not in itself matter in this volume rather what is conveyed and so well illustrated is the power of comparative work in helping to chart new possibilities, ideas and conversations for how we understand both Israel specifically but of course the world more broadly.

While many moments of comparison between Israel and South Africa are drawn out throughout the book it is the territorial governing of the oppressed populations that is perhaps most striking in similarity, especially as Kasrils points out the 12 per cent of former Palestine left under Palestinian control and the 13 percent of land given over to the Bantustans. In another chapter Jonathan Cook asserts, “If any single Israeli policy demonstrates the apartheid nature of the Jewish state, it is its approach to land” (p136). And this is spelt out in further detail by Leila Farsakh who argues that, “Israel has sought to resolve the question of the indigenous population’s political and economic rights by confining them in territorially fragmented areas that are unviable economically and politically. These are not different in structure from the native self-ruled Bantustans during the era of apartheid in South Africa.” (p170-171) Brought together these various explorations of land provide a powerful and at times disturbing articulation of the ways that we may think across these two contexts and the territorial basis upon which we can ground comparative analysis.

This book provides an important contribution into the ongoing work that seeks to challenge the injustices perpetuated by the state of Israel, whether these bear direct or indirect relation to the geographically and historically grounded character of apartheid in South Africa. At times this leads the reader to despair at the ways that the Israeli state has surpassed the oppressive apparatus of the apartheid regime. Yet the book’s power perhaps lays less in what is defined and delimitated across Israel and South Africa and more in its ability to remain hopeful that the contradictions, struggles and solidarities that ended apartheid can provide inspiration to a situation that seems as hopeless and desperate.

The collection provides some excellent moments of reflection on apartheid in South Africa that are given new perspective through exciting comparative scholarship and can also aid in deciphering the post-apartheid trajectory of the country. Yet it is to readers seeking to find out more about the Israeli state and the ways that we can describe, explain and challenge its actions that the book is at its most concise and analytical, showing how drawing on the South African experience may open up new possibilities and potentials in the ongoing fight for justice in Palestine.

Dr Jonathan Silver is the Leverhulme Fellow in the Geography Department at the University of Durham. Follow him on Twitter @InvisibleMapper. 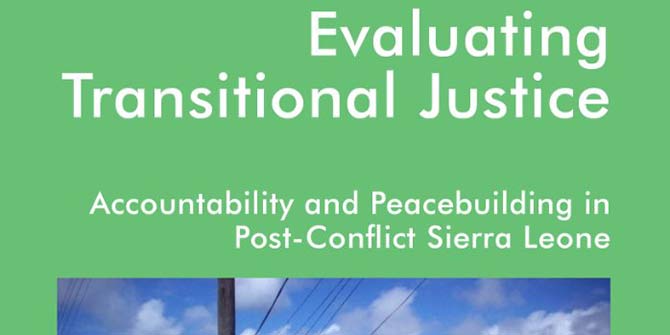