Jacob D. Chol analyses why peace is so elusive in independent South Sudan.

Since attaining independence on 9 July 2011, South Sudan has topped local, regional and international headlines on the vast challenges that the nascent State has faced. Yet, more international attention, whether consciously or unconsciously, has been focused on Syria, France and Turkey. Born a pre-failed State, the country’s situation has worsened through war and ethnic violence. The political crisis that rocked the country on 15 December 2013, stirred up by a zero-sum power struggle between President Salva Kiir and former Vice President Riek Machar, was the tip of an accumulated iceberg. Since inheriting the political throne from the late Dr John Garang De’ Mabior, the two have failed to conceive a united vision for bringing prosperity to South Sudan. However, with the blood of millions having been spilled for independence, the South Sudanese people still entrusted the two leaders to bring stability to country and for its people. Yet, this has not been the case. Instead, they have turned freedom into bondage, making independence a huge disappointment for the people of South Sudan. This leads to soul-searching questions: Was independence a mistake for southerners? Was freedom a wrong choice to end up in bondage to their own leaders?

The tragedy of South Sudan leadership began with the sudden death of Garang in July 2005, six months after the SPLM/A successfully negotiated self-determination through the Comprehensive Peace Agreement (CPA). After Southern Sudan attained semi-autonomy under the CPA, Kiir and Machar assumed power as President and Vice President to carry on the SPLM vision as conceived by Garang.

Although the implementation of CPA was daunting, it gave southerners an opportunity to manage their own government and resources. From 2006-2014, South Sudan received approximately US$19 billion revenues from oil. Yet, the country is still the poorest country on the planet relying entirely on humanitarian aid. The development indicators are quite shocking. Only 200 km out of the 17,000km road network is tarmacked. More than 99 per cent of the population have no access to electricity or clean water. Millions have been displaced while dozens of children and adults have no access to education and health care. Corruption is rife with over US$4 billion reportedly embezzled by country’s political and military elites. President Kiir had urged 75 unnamed senior government officials to return the stolen money. No one came forward to return any cash. Moreover, the economy has the highest rate of hyperinflation in the world: 400 per cent. This has drastically declined citizens’ purchasing power leading to extreme and humiliating poverty among the populace. Conflict, violence and insurgencies have tormented the country in all fronts since the 15 December 2013 political crisis.

The Intergovernmental Authority on Development (IGAD), the eight-country trade bloc in East Africa, mediated the peace deal that led to political power sharing between Kiir’s SPLM in the Government (IG), Machar’s SPLM-in Opposition (IO), Former Political Detainees (FPDs) and other political parties. Signed in August 2015 with regional and international community pressure, the Agreement on the Resolution of the Conflict in South Sudan (ARCISS), culminated in a shaky ceasefire and a Government of National Unity (GoNU) with Machar as the first Vice President and Kiir as the President. Despite this, the GoNU was in limbo for three months, failing to implement any of the core principles of the agreement including the ceasefire & transitional security arrangement, In fact, the situation has worsened with free speech being restricted and assassinations on the rise.

The fighting that broke out on 8 July 2016 among the presidential guards at the presidential palace and later engulfed the capital, Juba on the following three days demonstrated beyond reasonable doubt that the two leaders have no command or control over their forces. Amid gunshots at the palace, President Kiir and Machar told reporters that they did not know what was going on. Although the two leaders declared a ceasefire on 12 July, the destruction, looting and deaths of innocent citizens, particularly, women and children was devastating.

Kiir and Machar are not only incompatible, they have generally taken opposing views on issues, even when Garang was still alive. Where Kiir is quiet, less confrontational and heavily reliant on a coterie of advisors, Machar is assertive, confrontational and a risk taker. However, neither is a good leader for a modern State given that they appearprimarily motivated by ethnic dominance.  Since the 1991 attempted coup by Machar against Garang, Salva Kiir has always mistrusted the erstwhile first Vice President. The 15 December 2013 political crisis has increased this mistrust. Therefore, conflict between these two opposing characters leading the party and the country was always a likely outcome.

While it is appropriate that the IGAD-Plus (the team mediating the South Sudan peace talks) and African Union sanctioned the regional troops’ intervention to serve in the United Nations Mission in South Sudan (UNMISS) on a renewed mandate of protection of civilians and vital buildings, this will not halt violence and deaths. Rather, there should be a greater focus on organising elections so that South Sudanese challengers from other political parties including Kiir and Machar can seek a fresh mandate from South Sudanese citizens. These elections should be conducted and monitored by the international community to ensure that all the presidential aspirants are given the same platform and a level political field. Then the winner, whether Kiir, Machar, or a new player, can press ahead with his or her vision for the country. It is therefore essential that the international community put pressure on Machar to return to Juba as soon as possible, renegotiate the peace deal with Kiir and prioritise elections. This should help to end the cycle of violence perpetuated by power struggle between these pugnacious rivals.

However, Kiir’s appointment of Taban Deng Gai, SPLM-IO Chief Negotiator as the 1st Vice President in place of Machar could see the latter’s SPLM-IO split into two, a development that would only favour Kiir. It may take intervention from the international community to clean up of South Sudan’s tarnished independence dream.

Jacob Chol is a Senior Reader of Politics, University of Juba and a LSE alumnus. He is the founder & Executive Director of the Centre for Democracy and International Analysis (CDIA), a research and an academic think-tank based in South Sudan. He can be reached at dutsenior@yahoo.com 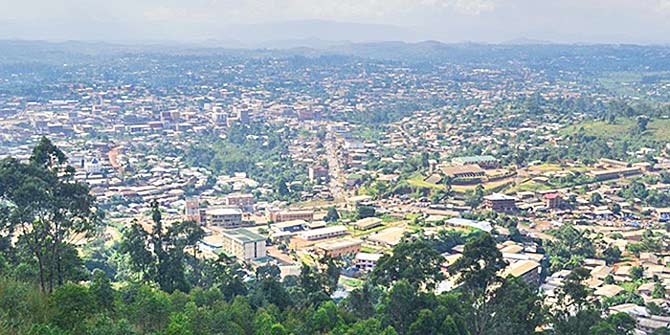 Bad Behavior has blocked 2273 access attempts in the last 7 days.