This is a wide-ranging volume which examines the intersection between the aid industry and African politics from a variety of perspectives. It should provoke new thinking among both academics and practitioners, says Nick Branson.

Tobias Hagmann and Filip Reyntjens seek to explore the “motives, dynamics and consequences of international aid given to authoritarian African governments”. The editors present donors’ attempts to grapple with political conditionality as an anomaly when viewed in the longue durée. They stress continuities from the Cold War period when Western governments had fewer qualms about regime type. The book therefore provides welcome relief from an academic literature which often treats official development assistance (ODA) in apolitical terms, or attempts to study aid as an independent variable contributing to democratisation or backsliding.

The authors aim to provoke future empirical research in four areas: First, moving beyond donor-speak and opening the “black box” of aid. Second, addressing the accountability gap – or the absence of a feedback loop between African citizens and Western taxpayers. Third, an emphasis on historical trajectories. Finally, and perhaps the most intriguingly, “autocratic modernities”, or attempts by African political elites to “amalgamate authoritarian politics with (neo-)liberal discourses emphasising efficiency, effectiveness and performance”.

The editors are best known for their work on Ethiopia and Rwanda, respectively, and are no strangers to controversy. Speaking at Chatham House for the London book launch, Hagmann argued that “donors in Ethiopia don’t want to help, they want to give.” Since 2013, almost half of Africa’s top aid recipients have been ruled by authoritarian one-party states, he claimed. Perhaps unsurprisingly, some chapters focus on exposing “collusion” between members of the OECD-DAC and “authoritarian rulers who reject the very liberal democratic values that Western donors endorse”.

Such a fixation on the failings of donors occasionally comes at the expense of recognising African agency, be it on the part of the continent’s governments, civil society or opposition parties. A notable exception is the excellent chapter by David Anderson and Jonathan Fisher which chronicles the Museveni regime’s “securitisation” of development in Uganda. The authors differentiate between three historical periods, and take pains to distinguish between donors and interrogate their motives.

By contrast, Zoë Marriage’s chapter focuses on the destabilising role which the Rwanda Defence Force is alleged to have played in Eastern Congo. She is correct that donors have sent inconsistent signals, largely failed to coordinate their efforts, and that President Kagame has little interest in what they say or do. Yet, there is little attempt to unpack what is driving the donors’ “naïve liberalism” or to propose alternative modalities. Given the volume’s emphasis on historical trajectories, this reader would have expected recognition that pre-genocide Rwanda was also a “donor darling”.

The historical perspective is one firmly rooted in the chapter on Ethiopia, which illustrates continuities in the actions of donors in the 1960s and 2000s, and grapples to comprehend their competing logics. Emanuele Fantini and Luca Puddu argue that “high-modernist” ideology has been employed by successive Ethiopian regimes. This is purportedly “inspired by a radical, revolutionary and millennial ethos, translating into centralised top-down planning by a vanguard, enlightened state elite”. They reason that bureaucracies contracted to implement such schemes “work according to logics of exceptionality, circumventing the rule of law and thereby contributing to the authoritarian exercise of power”. The authors make illuminating points about Ethiopia’s engagement with the development zeitgeist and attempts at image management by both aid donor and recipient. While acknowledging the patron-client relationship, they contend that contemporary extraversion strategies remain limited to dam building.

Given the admission that “Cameroon is not really dependent on donor funding”, the inclusion of a chapter on this country is a peculiar choice. Employing a theoretical framework bequeathed by Pierre Bourdieu, Marie-Emmanuelle Pommerolle examines the legitimation of multi-party elections. Interesting as this is, it comes at the expense of considering broader institutional mechanisms essential to a functional democracy. Curiously, she glosses over the “popular fantasy” that France endorsed Paul Biya’s election victory in 1992 because his opponent John Fru Ndi came from the anglophone north-west of the country.

Helena Pérez Niño and Philippe Le Billon contribute a comparative study of aid-eschewing Angola and donor-dependent Mozambique. They treat both income from the extractives sector and ODA as unearned rents, and view aid as fungible. Thus donor support for Mozambique’s health and education budgets provides a buffer which allows the government to “maintain a macroeconomic policy that is skewed in favour of rapid rents and unproductive accumulation without facing the full social and political consequences of such a strategy.” In contrast, Angola has – thus far – escaped donor conditionality thanks to its national oil company, as outlined by Ricardo Soares de Oliveira.

These five case studies are accompanied by two theoretical chapters. Rita Abrahamsen stresses the risk of defining democracy as a means to another end, be it economic growth or security. She points to the legitimacy crisis facing donors at the end of the Cold War which prompted them to adopt “a new development paradigm” based on the World Bank’s 1989 report. Pairing structural adjustment with democratisation was unquestionably a mistake. It was not long before “newly elected governments [discovered they] had two irreconcilable constituencies: external donors and creditors and their poor domestic majorities.” Abrahamsen attacks donors’ “almost ritual performance” of political conditionality, and the manner in which they regard elections as a “proxy for democracy”.

A major shortcoming of the volume is its failure to grapple with a perspective many donor officials privately acknowledge: that strong states are effective in meeting ambitious development targets and delivering “value for money”, while nations grappling with political and economic liberalisation struggle. It was aid sceptics bemoaning wastage which prompted donors to subordinate democratisation to more quantifiable objectives; yet the same individuals now critique ODA to regimes capable of delivering “impact”. Rather than returning to these debates, it may be time to focus on more pertinent questions such as which types of aid promote authoritarian practices, and whether donors should prioritise the interests of Western taxpayers or the ostensible beneficiaries of aid.

Nick Branson is Senior Researcher at Africa Research Institute and a part-time PhD candidate at SOAS, University of London. Follow him on Twitter: @NHBranson. 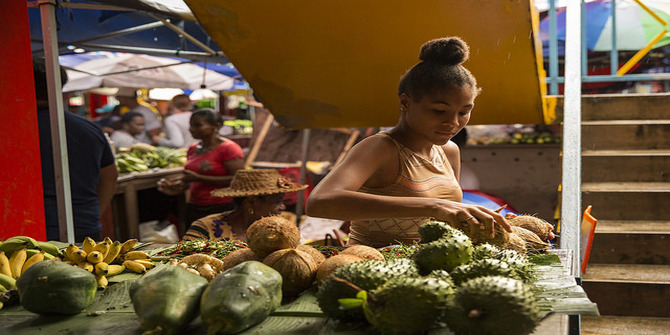 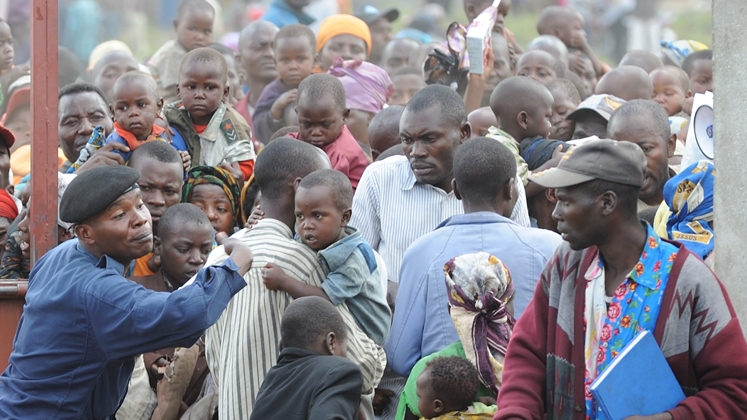