LSE’s Samantha Lattof addresses the lack of an appropriate response to violence against female kayayei migrants in Accra.

“Why was she beaten?  Did she steal something?” asked the triage nurse as we arrived in the Accident Centre.  I was well aware of the stigma and insults that female kayayei (singular kayayoo) migrants experience in Accra; it was a common theme that arose in the interviews we conducted.  But I was shocked to witness such behaviour at one of the largest health facilities in Ghana when a badly-beaten, unconscious woman required urgent medical attention.

My research involves girls and women from northern Ghana who move south to Accra, where they work in markets as female head porters (kayayei) who are hired to carry loads.  I conducted a study through the Kayayei Youth Association (KYA) office with the assistance of seven data collectors who identified as kayayei.  Violence against women came up daily in our work.  Violence against women is both a driver of migration among this population as well as a consequence of their migration to Accra.

One late afternoon, a group of distraught women ran to the KYA office to report that their friend “Taani” (not her real name) had been beaten unconscious in the market.  Several men beat Taani while her baby was tied to her back.  The friends had been able to rescue the baby, but no one stepped in to stop the attack.  Her body was left in the mud, and a large crowd had formed.  Not only had the responding police officer left her outside lying on the ground, he also failed to call an ambulance or attempt to provide any assistance.  No one was therefore arrested.

The KYA team rushed to the market to locate the young woman.  With the help of two men, we got Taani to the roadside.  As a white researcher from the UK, I recognise that I have a certain amount of privilege in Ghana.  One way that privilege manifests itself is that taxi drivers will almost always stop when I flag them down.  On this occasion, not one taxi came to a halt.  Empty taxis kept passing by when they saw the hurt woman.  Finally, a group of men stopped a taxi to take us to the hospital ten minutes away.

Accessing healthcare in Ghana can be challenging even in emergencies, with care provided only after services have been paid for.  An upfront payment was required for Taani to see the physician and get a bed. In fact, we had to walk over to the X-ray building to pay before they would consider sending her for a scan. We even had to organise transport for Taani to the Radiology building to get her x-ray done. We also had to go to the pharmacy to buy the medicine the patient needed.   The expenses added up quickly and eventually cost more money than many kayayei make in a month.  It would take over four hours before the physician assessed Taani’s x-rays for injuries to her skull, chest, spine, and foot.

While waiting at the hospital, we learned additional details about the assault.  While carrying a heavy load on her head, Taani accidentally bumped into another woman in the market.  Taani apologised, but the woman was outraged.  She then orchestrated the beating delivered by her three male family members.  Later, we were told that the responding police officer did not appear at the hospital to take her statement because he assumed that Taani was dead.  As a kayayoo, she was treated as if her life did not matter.

The KYA Director called Ghana’s Domestic Violence & Victim Support Unit (DOVVSU) to report the attack.  The office reported that its four staff members were currently outside of Accra and would not come to the hospital.  We stayed at the hospital until Taani’s condition stabilised and her brothers arrived.  It was a relief to know that she was not alone in Accra.  Weeks later, when Taani was in a much better condition, she came by the KYA office before returning home to the North of the country.

Many participants in this study shared their stories because they hoped that it would lead to change, and it is in that spirit that I write about this incident.  But while the hope for change is the driving force behind this research, Taani’s beating leaves more questions than answers.  Despite a joint-initiative publicising the importance of reporting abuse to the police and DOVVSU, the police and DOVVSU failed to mount appropriate responses in this situation.  Why did the responding police officer not seek urgent medical attention for Taani?  Why did DOVVSU not have back-up staff in Accra who could have responded?  Why was emergency medical care withheld until after we paid for Taani’s treatments?

Do organisations and donors working on gender-based violence have a responsibility to ensure a program’s sustainability continues beyond the project/funding’s end date?  How ethical is it for a program to encourage kayayei to report abuse when the systems in place ignore or overlook this violence?  Yet, without the “Report Abuse” program and its flyers that we disseminated, Taani’s friends might not have returned to the KYA office that afternoon.  Although the police and DOVVSU’s responses were insufficient, Taani’s friends ultimately found people ready to advocate on her behalf and to support her through this ordeal.  Taani survived this assault, but changes are needed to ensure that violence against women and girls in Ghana is properly addressed.

This article was first published on the America Women’s Club of Berlin blog as part of the their #16DaysofActivism campaign.

Samantha Lattof (@slattof) is a researcher and doctoral candidate in the Department of Social Policy at the London School of Economics and Political Science. 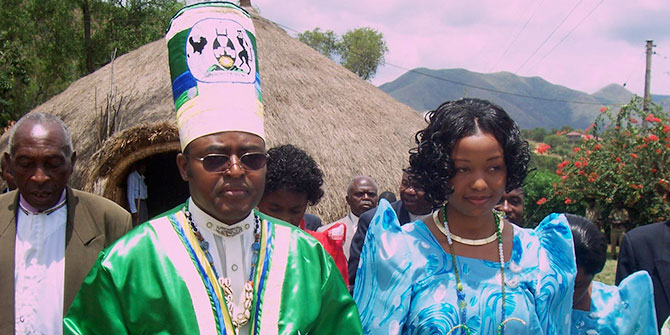 Bad Behavior has blocked 1421 access attempts in the last 7 days.