In light of recent debates about the need to decolonise education across Africa, Controlling Consent: Uganda’s 2016 election provides well-researched, broadly insightful articles predominantly authored by lecturers and affiliates of one of Uganda’s foremost academic institutions. It is an important, comprehensive and timely collation of material on the increasingly authoritarian character of the state in Uganda, says Jamie Hitchen.

In March 2017 a consignment of more than 600 copies of Controlling Consent: Uganda’s 2016 election was confiscated and banned by Uganda’s customs authority, which claimed that it had been falsely declared as educational material when it was in fact political. It seemed that the irony of the action was lost on them. The anthology, containing 22 essays by Ugandan academics and experts, explores different aspects of the country’s 2016 election, one that extended the mandate of President Museveni and his National Resistance Movement (NRM) beyond 30 years. But this is much more than a book about elections: it is an analysis of systems of control and how they are manipulated and utilised by the state during interactions with citizens.

The edited volume is helpfully divided into four sections: political parties, candidates and strategies; gender, inclusion and rights; the media, communications and literature; and the place of state institutions and systems. This allows the reader to easily navigate to his or her area of interest. Selecting individual articles, rather than reading the book cover to cover, is advisable in order to avoid the repetitive nature of many of the introductory sections to each article. Grounding pieces in the recent historical and political context is vitally important, but this would have been better accomplished by having a separate chapter where such details could have been explained once and in full.

Delving into the articles, the section which looks at political parties has an important piece by Khisa and Rwengabo on the underperformance of opposition parties in Uganda. A lack of legal and electoral reforms, coupled with the actions of state agencies, is often used to explain opposition political failure. But the authors argue that the internal weaknesses of political opposition and the role it plays in their electoral defeats, needs further interrogation. Their assertion that “Uganda’s opposition parties are both personalised and institutionally deficient” is supported by recent electoral history. The opposition Forum for Democratic Change’s perennial presidential candidate, Kizza Besigye, has convincingly outperformed his party in all three of Uganda’s multi-party elections.

Several pieces touch on women’s political engagement, but Madana’s chapter offers the most comprehensive critique of efforts to promote gender equality. Although Uganda’s parliament has over 30 per cent female representation – thanks to the ring-fenced 112 seats for district women MPs – Madana illustrates that in the 2016 elections just 6.8 per cent of candidates who stood for an “open parliamentary seat” were women; and at the district/city council chairpersons level it was less than 2 per cent. Ascribing this shortage of female candidates to a combination of “the silent cancer” of sexual harassment, prohibitive campaign costs and a lack of internal party support mechanisms, she raises important points that are applicable across Africa.

The section on media, which had the potential to be more thought-provoking, does include an informative chapter by Ssewakiryanga on the use of political cartoons during election campaigns. Explaining the context and significance of examples from a range of newspapers printed ahead of the 2011 and 2016 votes, he argues that cartoons remain largely untouched by state censure. To date, no cartoonist in Uganda has been arrested for their work, despite often controversial depictions of senior political figures, including the president. Unfortunately, analysis as to why this might be the case is not provided. Nonetheless, the chapter is a welcome one, offering insights into a subtle form of criticism that too often goes ignored.

The chapter which best encapsulates control and consent is Nkuubi’s look at Uganda’s police force and its role in providing electoral security. Nkuubi argues that in Uganda “policing elections is not designed to guarantee fairness but to guarantee continuity and control”, and that “militarisation of the police has been merged with the idea of professionalisation to fend off criticism”. In outlining the approaches to security employed during the campaign and on election day – the creation of localised groups of crime preventers, the intimidation of political opponents and the deployment of significant numbers of armed military personnel, before and in the immediate aftermath of the vote – he illustrates how the police are increasingly seen as part of the NRM state rather than an independent force. These views are reinforced by remarkably candid interviews with anonymous sources within the security sector. One Internal Security Organisation official, commenting on the use of troops on and around election day, spoke of the message it was intended to convey: “Do you want to return to the bad old days before we came in to liberate you and the country? Do you want to go back? Then vote wisely”.

This is the sort of probing and revelatory article I expected more of when I learnt that the book had been banned in Uganda. However, for those who follow the country’s politics closely, many of the articles in this volume, drawing heavily as they do on secondary sources already in the public domain, might not contain many new insights. The voice of Ugandan researchers in this book is self-evident, but the voice of a wider array of Ugandan citizens, gathered through primary research, would have lent greater depth to the analysis. It was also a surprise to find little examination of the role played by, and functioning of, the election commission in the run up to the polls and during the voting and counting process. Or that a chapter was not dedicated to social media, and the government’s decision to shut down the internet on the day, and in the immediate aftermath, of the polls as one would seem to fit well with the volume’s conceptual framework.

Despite some shortcomings, this is an important, comprehensive and timely collation of material on the increasingly authoritarian character of the state in Uganda. In light of recent debates about the need to decolonise education across Africa, here is a collection of well-researched, broadly insightful articles predominantly authored by lecturers and affiliates of one of the country’s foremost academic institutions. The editors, publishers and funders of the volume should be commended. And it is not overtly political – I agree with the editor’s categorisation of this book as “educational”. While it certainly offers criticism of the NRM regime, it takes other political actors, parties and government institutions to task where they are also falling short. I certainly hope that as many Ugandans as possible get the chance to read it. 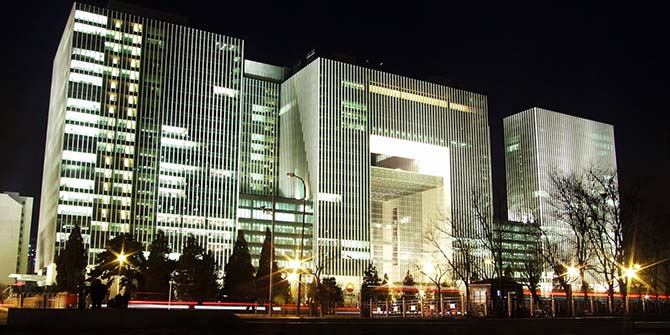