Why is land certification and titling such a fraught issue in many African countries? There is a great deal of literature and policy advocating for the formalisation of smallholders’ land rights in Africa on the grounds that this will make landholding more secure, and promote investment. Yet advocates’ arguments in favour of registration and titling rarely anticipate the costs and controversies of such programmes. Land titling can also confront complications, obstacles and even resistance at the grassroots. Our research project examines this puzzle.

Côte d’Ivoire’s Land Law of 1998 called for registration and titling of all rural land within 10 years. The time horizon has been extended by law, but today only 5,000 of the estimated 500,000 land certificates that will be required have been delivered. Our Vie Sociale du Certificat Foncier project tracked land registration dynamics to date in three different regions of southern Côte d’Ivoire. These three regions have been the object of pilot projects that sought to offer land certificates to smallholders virtually free-of-change, thus setting aside the high costs of land certification that are recognised as the most blatant ‘supply side’ obstacle to smallholder certification. On the private market, for a parcel of five hectares, the costs of certification exceed most farmers’ yearly returns from agriculture.

Our team collected data on the registration projects in Abidjan and in the regional offices of the Ministry of Agriculture. We visited and conducted interviews in 18 villages across three land registration pilot zones: Daloa, Agboville and Abengourou.

We found that the land registration process varies greatly by region, and that distinct and sometimes divergent local and regional interests complicate and weigh down land registration. The Ministry of Agriculture met its targets in terms of numbers of hectares certificated in each zone and delivered over 2,000 land certificates, but distinct challenges emerged across regions, and for different social groups. Diplomacy, negotiation, compromise and the invocation of authority were often required to assuage tensions and remove obstacles, even in the pilot zones which were considered by state authorities to be propitious for land registration and titling. The pilot project was blocked or a failure in some of the targeted localities.

In each region, landholders who held customary rights were committed to their protection where they believed such rights could be jeopardised by registration and its corollary under the 1998 Ivoirian law – individual titling. Where customary land rights are part of nested hierarchies of political and social rights, registration and titling may be politically and socially disruptive, with stark economic consequences in both the short- and long-term.

In the Agboville region, very close to the capital city of Abidjan, there was high demand for land certification under the government’s pilot projects. Local residents wanted to protect their lands from an influx of Abidjan’s monied investors, while realising that registration itself will quicken and expand land markets, in which ordinary villagers are likely to lose out to wealthy outsiders. Locals worry about excessive land sales, especially distress sales of land, and about outside investors’ upper hand in navigating the complex and expensive administrative procedures governing certification, titling and land transactions.

Around Daloa, residents of target villages had participated in a long series of land rights securisation programmes starting in the 1990s. They had learned the hard way about inconsistencies in rules and procedures that could turn to their disadvantage. There was enthusiasm for securisation of their own customary rights, but frustration about the extent to which land registration worked to deliver titles to non-holders of customary land rights instead. Some of the original residents of the region felt that the terms of the land certification programmes worked against them.

In the Department of Abengourou, preoccupations were different. The spectre of land taxation and possible encroachment on established forms of land authority caused push-back in some localities. Those with customary rights wanted to use certification to regain advantages that had been eroded by past land transfers to others, and this proved to be possible in some cases. Where families jointly share large landholdings, as is often the case in this region, collective land certification was sometimes the preferred option. Currently this is not a long-term solution in Côte d’Ivoire, however. The 1998 law requires the break-up of collectively certified land within a three-year period, a move that many families resist. (This aspect of the 1998 law is currently under reconsideration by the National Assembly.)

Across all three regions, the administrative data and our interviews and observations confirmed what we know from the secondary and grey literature: for those whose land rights depend on membership in the family unit – mostly notably women and youth – certification of family land in the name of a single individual can represent a threat to their often already-limited negotiating power within the family unit. Certification may actually erode their ability to access and inherit land.

We observed some pronounced differences in ‘preferences for certification and titling’ across regions and social categories. There were divergent views of land individualisation and privatisation, of land commodification, of redistributions of rights caused by registration and titling, and of shifts in local social hierarchies. This includes relations between men, women, youth and in-migrants.

Residents did share some similar concerns across the 18 villages. They wanted maps of recently-demarcated village boundaries and the limits of certified and titled land parcels therein, which are currently unavailable to most villages and individuals. They also wanted collective land certificates with a long life-span, the option of simultaneously drawing-up land certificates and long-term leases on the same parcel of land (to promote long-term contracting between customary landowners and those actually farming the land) and reduced costs for private certification which they could do on their own terms.

By seeking a better understanding of local and regional dynamics that can encumber the land certification process, our research highlights the need to find strategies that transcend one-size-fits-all templates. Land securisation strategies need to be adapted to local and regional variation in preexisting land tenure regimes. Collective certification, more transparent contracting and broad efforts to regulate land markets and transfers have the potential to benefit small- and medium scale farmers, and to ensure recognition of land rights of women, youth and holders of both customary and acquired land rights in rural settings.

This research is a partnership between Catherine Boone at LSE and Dr Brice Bado of CERAP, Le Centre de Recheche et d’Action pour la Paix, a Jesuit university institution linked to INADES in Abidjan, Côte d’Ivoire. The project provides the bases for Masters Theses in Human Rights and Humanitarian Action by Aristide Dion and Irigo Zibo, a jointly authored journal article, and reports to CERAP and the Direction du Foncier Rural in Côte d’Ivoire. We thank the administrative agents and residents of the sous-prefectures who sat with us to explain their experiences and assessments of the land certification process.

Catherine Boone is Professor of Comparative Politics at the London School of Economics. She is PI for the ESRC-funded project on “Spatial Inequalities in African Political Economy" (2018-2021).

Arsene Brice Bado is an assistant professor of political science at the CERAP/Jesuit University in Abidjan. His research focuses on conflict prevention and democracy.

Aristide Mah Dion is a Master’s Student at CERAP, the Jesuit university in Côte d'Ivoire. He is completing a Masters in Human Rights and Humanitarian Action.

Zibo Irigo is Master’s student in Ethics and Governance, with a specialization in Human Rights and Humanitarian Action, at CERAP, the Jesuit university in Côte d'Ivoire. 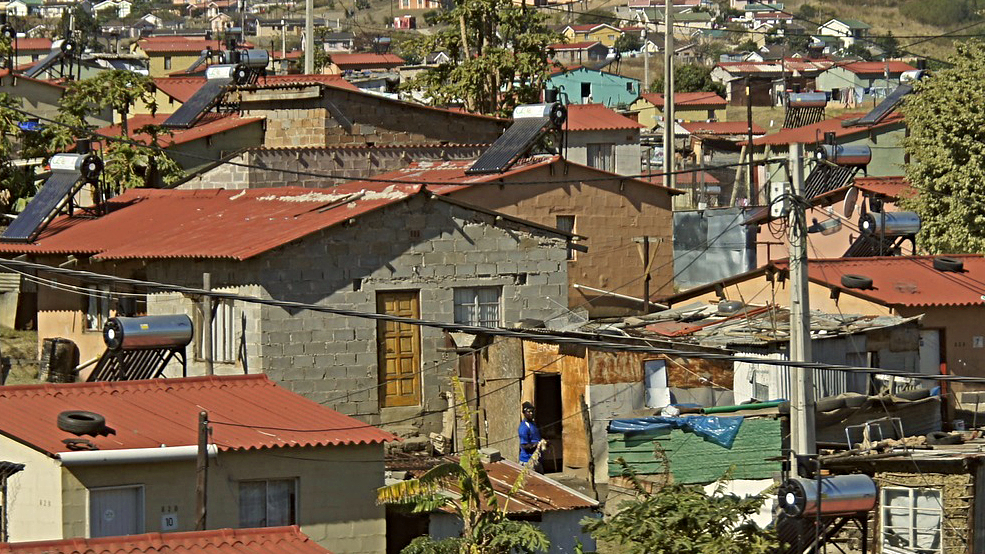 Bad Behavior has blocked 4838 access attempts in the last 7 days.