The Black Hawk Down military raid on Mogadishu in 1993 transformed the United States’ policy in Africa, but the intervention had a longer historic legacy embedded in Cold War politics. These earlier years have repercussions still affecting Somalia today, which a new administration entering the White House could change by shifting US policy towards an approach based on mutual benefit.

On the afternoon of 3 October 1993, I was sitting with my late father on the roof of the third floor of our house in Mogadishu, Somalia. We had started reading after lunch when we heard distant gunfire from helicopters. We could see smoke miles away around the Olympic Hotel in the middle of Bakaara Market. Later, we learnt that two US Black Hawk helicopters had been shot down in a failed military advance on the city, in which a Somali clan coalition led by the war strategist General Mohamed Farah Aideed defeated elite US soldiers. The incident would become a watershed moment in the shaping of Somali-American relations.

The US intervention in Somalia did not begin and end with this incident, infamously known as Black Hawk Down. US relations were strained with Somalia since the late colonial period, shifting as America’s role in global governance strengthened following the Second World War and, later, the ‘War on Terror’ after 9/11. The incoming Biden administration in the White House, however, provides opportunities for new relations and a change in US policy towards the country. At least, most Somalis, in the US and abroad, were supportive of Biden’s electoral campaign, hoping that the Democrats would be less rigid than the Republicans in their approach to policymaking.

A brief history of US-Somalia relations

The US has been involved in Somalia since the beginning of the Cold War, during the decolonisation era, long before southern Somalia gained independence from European colonial powers through the United Nations trusteeship system, and then merged with the former British protectorate of Somaliland to form the Somali Republic. Against the demands of the main Somali nationalist movement, the Somali Youth Leagues (SYL), in 1949, the US successfully lobbied for Italy to take over the country as a trustee between 1950-60. The US was the first country, second to Italy and the United Kingdom, the two colonial powers, to create a diplomatic mission in southern Somalia in the late 1950s.

On the eve of Independence, the US aimed to achieve two complementary goals in the Cold War context: (1) to ensure an independent Somalia sided with the West and (2) to avert the Soviet Union’s involvement. When the country became an independent nation state in July 1960, the US had direct influence over the new Somali leadership through Italy and the UK. The White House was a welcome space for the post-colonial Somali leaders, as shown by recovered video footage.

The post-colonial Somali leadership was wrong to think it could entertain both the United States and the Soviet Union, attempting to find weapons to consolidate power with both, in turn, to cement partnerships. The Soviets gave much greater resources than the US. Yet while Somalia’s Cold War policy was based on non-alignment, the changing dynamics of the day forced small states in Africa, as elsewhere, to attach themselves to a single superpower, to accumulate sufficient resources for a potential fight over the colonial-drawn disputed borders with Kenya and Ethiopia.

The non-alignment policy changed unexpectedly when a military coup d’état, diplomatically and materially assisted by the Soviet Union, brought to power new leadership in October 1969. The military junta, led by the chief army commander, unilaterally aligned with the Soviets, declaring Somalia a socialist state in October 1970.

After the Somali military regime embarked on a devastating war with neighbouring Ethiopia in 1977, many Somalis still recall vividly how the US betrayed their country and collaborated with the opposition. However, when Somali President Siad Barre expelled his Soviet patrons and desperately sought western support, the US was not forthcoming. Such support did resume years later in the 1980s through the provision of financial and military aid the regime used to commit state terror against certain Somali clans, which the government viewed as politically threatening, until the aid was stopped by the United Somali Congress (USC) in January 1991.

When war broke out between Siad Barre and the armed opposition leader General Aideed in 1991, for control of Mogadishu, the US subsequently made no attempts to salvage the Somali state from total collapse, nor did it try to mediate between the two sides. Siad Barre was left to fend for himself against a Somali rebellion which ejected him from power, forcing him to flee. The hasty evacuation of the US embassy when the conflict broke out on the streets of Mogadishu, and the collapse of the Soviet Bloc, meant the Cold War battles were over.

Siad Barre regime’s left multiple legacies. Politically, there emerged armed opposition groups in Somali politics for the first time, and the subsequent destruction of all state institutions set up before the 1969 military coup were destroyed. Economically, the whole formal national banking system had crumbled, which resulted in famine from 1991-92. Varied levels of US support for the Siad Barre regime during its most brutal period (1978-90), due to its diplomatic, financial, political and military backing, meant Washington was not only complicit but also integral to these legacies.

From Black Hawk Down to the War on Terror

In December 1992, the US suddenly returned to Somalia, perhaps in good faith, to help victims of a long-tailed famine in the south. ‘Operation Restore Hope’, initiated by President George Bush Sr to restore the country’s stability, ended in disaster when the US was directly implicated in the political conflict by favouring one group over another. Somalis came to consider the US as ‘Clan American’, and growing resistance to US involvement resulted in the infamous Black Hawk Down. By this time, the ‘humanitarianism’ of the US intervention took on a political and military focus by unilaterally attempting to disarm General Aideed, exacerbating the dire humanitarian situation in Somalia it claimed to ease.

The abrupt departure of US forces in March 1994 left defenceless small United Nations contingents behind for another year. UN forces then departed in March 1995 and Somalis were left to solve their own problems, armed with the Cold War weapons, most provided by the US.

The US decision never to return to Somalia ended in September 2001, when the so-called ‘War on Terror’ framed Somalia as a hot-spot for terrorists, second in the world to Afghanistan. Attention from the international community returned when American television channels, like CNN, began to assess Mogadishu’s domestic political dynamics.

The US soon began a new political project of reviving former local connections through support for reviled warlords to counter the growing influence of local jihadists. Public support for these groups rose as they stood in opposition to the unholy alliance between the US and unpopular warlords. Mogadishu saw the worst of armed conflicts since the 1990s.

The alliance was defeated in June 2006 and the jihadists under the name the Islamic Courts Union (UIC) became the war’s military winners. Irritated US policymakers hurriedly gave Ethiopia the opportunity to invade Somalia and finish the job that the warlords could not, providing intelligence and aerial surveillance. These conditions led to the emergent Harakat Al-Shabaab Al-Mujaahiduun (known simply as ‘Al-Shabaab’), which arose as an Islamo-national liberation force against the Ethiopian invasion and its puppet Somali government, before it rose to prominence as a powerful armed rebel force.

Despite the historical trajectory of US-Somali relations, there is a new opportunity for the US to play a constructive role in Somalia and end the ongoing violence. With an incoming Democrat administration in Washington, many Somalis see the potential for a new chapter by reframing new policy towards their country, one which can create mutual opportunities for both nations. The US could use its influence to create formal political negotiations between those competing for political power, including Al-Shabab, rather than sticking to the policy of reinforcing a single group.

The outgoing Trump administration has decided to pull out US troops from Somalia, yet the Somali view of the withdrawal of the US forces is ambivalent. Those who have a direct stake in the US presence are pessimistic, painting a picture of a country ruled by jihadists. But others are optimistic about a future free of foreign intervention, where Somalis are able to resolve their own problems.

The US need not continue to be part of Somalia’s ongoing political problem when it can be part of a sustainable solution. Rather than exacerbating the unending political conflict in the country, taking sides with one Somali group after another, a new policy can pursue its development for the good of the whole country and revitalise the US image in Africa.

Mohamed Haji Ingiriis is a PhD candidate at the University of Oxford and a Conflict Research Fellow on the Conflict Research Programme, London School of Economics and Political (LSE). He is the author of The Suicidal State in Somalia: The Rise and Fall of the Siad Barre Regime, 1969-1991 (published by American University Press in 2016).

The humanitarian response to COVID-19 in Somalia will increase capital flight and violent conflict April 30th, 2020 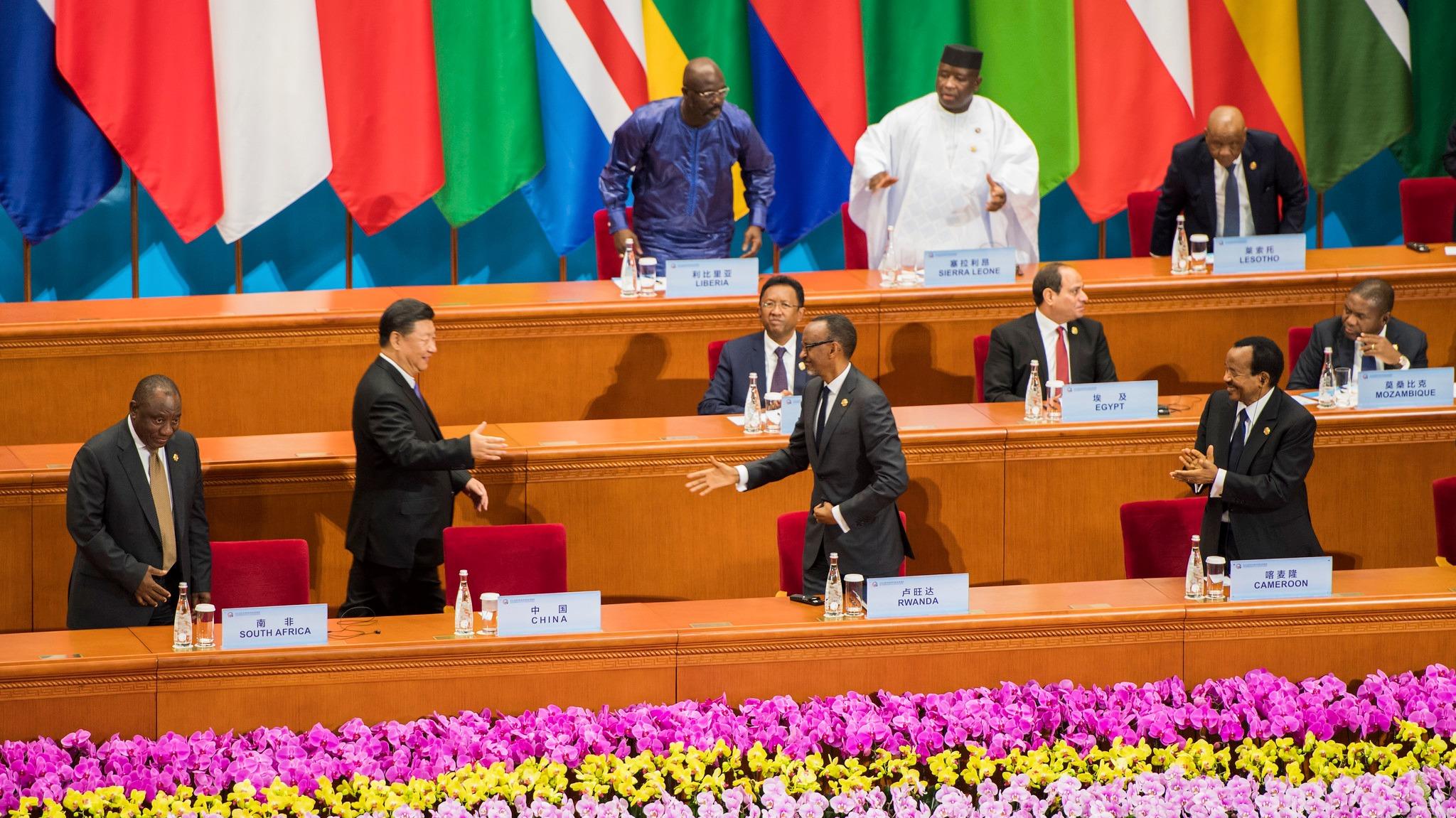 Afro-Asian comrades and the buttressing of political order 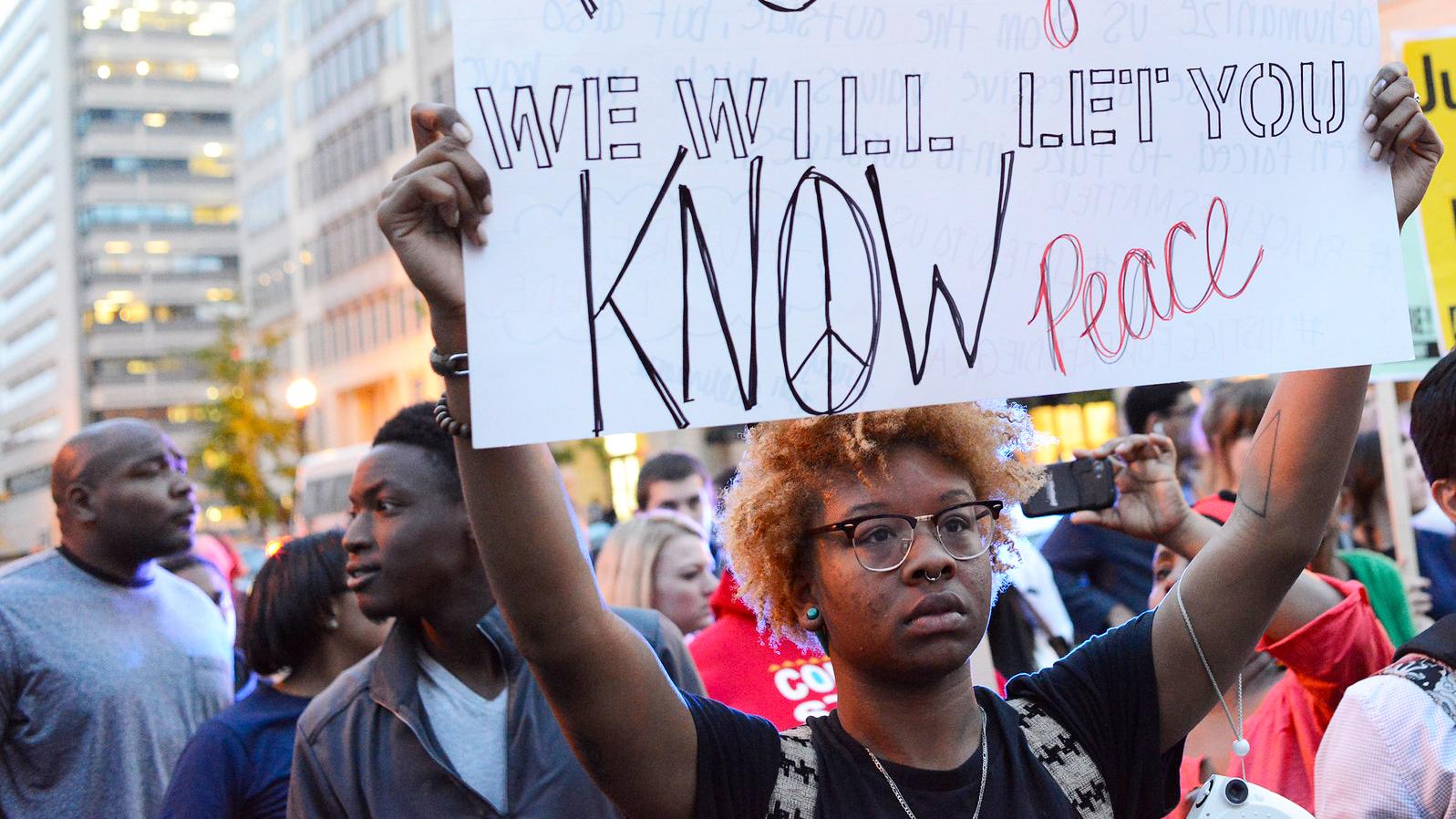