It is far too early to assess the scale of the threat posed by Omicron. But it is not too early to assess the international response to the crisis, says Kevin Watkins, Visiting Professor at the LSE Firoz Lalji Institute for Africa. If the endeavour of scientists has given the world the means to contain the epidemic through vaccinations, the abject failure of G7 and G20 political leaders to equitably share its benefits is surely the defining hallmark of the pandemic.

As news of the Omicron Covid variant hit the media and financial markets at the end of last week, the UK Prime Minister, Boris Johnson, delivered a comforting message. Outlining new restrictions and lauding his government’s ‘world class’ response to COVID, he reassured the public that the government was taking steps ‘to protect the UK against the variant coming here from southern African countries.’ What was remarkable about the statement was not the by-now familiar self-applause, but the Prime Minister’s failure to acknowledge the vaccine inequalities that create the enabling environment for the emergence of new variants.

The facts of vaccine inequity – or, as the WHO’s Director General Director-General Tedros Adhanom describes it, ‘vaccine apartheid’ – are there for all to see, not least thanks to the work of organisations like Our World in Data. As I write, almost 8 billion doses of vaccination have been delivered – an extraordinary achievement less than a year after the first arm was jabbed. Yet only 6% of the population of low-income countries has received a single dose. Those countries include Malawi, Mozambique, and Zambia – all of which have porous borders with South Africa, where only one-quarter of the population is fully vaccinated.

It wasn’t supposed to be like this. In the early days of the pandemic, a new international partnership created an architecture for international cooperation – known as ACT-A – that included a pillar aimed at distributing anti-COVID vaccines on affordable terms, when they became available. That pillar, Covax, had the objective of deliver 2 billion doses by the end of 2021, most of them to low- and lower-middle-income countries.

Along with every other target that has been set, that one has been missed. Currently Covax deliveries to the poorest countries are running at under 500 million doses. The WHO, World Bank, and IMF set a target for achieving 10% coverage in all countries by the end of September 2021 (that was missed by huge margins), 40% by the end of the year (now unachievable) and 70% by the middle of 2022 (a goal that is already drifting out of reach).

So, what has gone wrong? Some commentators argue, wrongly in my view, that the failure can be traced to inadequate financing. In fact, the vaccine pillar was the only part of ACT-A to be fully funded. The World Bank, aid agencies, and philanthropists have weighed in with multi-billion dollar funding to support Covax and an associated facility – Africa Vaccines Acquisition Trust (AVAT) – for sub-Saharan Africa. Covax has now secured options on over 5 billion doses. The gap between delivery and options secured is the product of an abuse of market power by rich countries – and the domination of markets by companies driven by business models that put corporate wealth over public health.

Wealthy countries have built-up vast stocks of vaccines. According to Airfinity, a data analytics company, G7 countries are currently sitting on 600 million vaccines over-and-above those required for full adult coverage and boosters. That surplus will reach 1 billion doses by the end of the year. Some of the surplus is held as physical stocks, but most is held in the form of market options for future delivery.

Unlike Covax, G7 countries enforce their option claims by the very real threat of legal action against pharmaceutical companies. So, while Covax has a claim on future vaccine production, the claim is weakly enforceable in the market. Put differently, the UK and other donors may fund Covax, they actively undermine it through hoarding and the accumulation of stocks that provide minimal public health benefits to their citizens, while excluding vulnerable populations – including health workers – in developing countries.

Efforts to reconfigure the market by reallocating supply have been met with the equivalent of vaccine gunboat diplomacy. Until recently, a plant in South Africa was supplying Johnson and Johnson vaccines to a plant in the EU. Efforts by the South African government to reorient production to its citizens was met by a threat of trade sanctions from the European Commission – the same Commission that likes to publicise its contributions to Covax.

In reality, Covax is part of an international cooperation strategy offering a ‘trickle down’ approach to vaccination. Gordon Brown has for months waged a relentless campaign to reallocate G7 surpluses through the swapping of delivery schedules (the UK has a similar arrangement with Australia). His calls have gone unheeded.

Pharmaceutical companies have reinforced vaccine inequity. For multinational vaccine manufacturers, this has been a bumper pandemic. Pfizer has reported a doubling of revenues for 2021, driven by a $36 billion windfall from COVID vaccine sales. While the company does not disaggregate profit, the margins on the vaccine are estimated at around 20%. These are the sort of numbers that prompted President Trump to condemn what he saw as Pfizer profiteering.

Announcing Pfizer’s third-quarter results the company’s CEO Albert Bourla, lauded what he described as ‘the positive impact we are having on human lives around the world.’ Yet this is a company that has converted windfall gains from a vaccine developed (as Jayati Ghosh has pointed out) with public funding into private wealth. Surely part of that gain should be taxed to finance the health system investments needed to support global vaccine equity.

There are also wider issues to be addressed. Pfizer is actively using its vast corporate lobbying power to oppose international efforts to waive the intellectual property rules that, left unreformed, will slow the sharing of know-how and technology needed to enhance vaccine self-reliance in developing countries. Bourla’s message is that pharmaceutical companies should be left to determine the pathway to a ‘fair and equitable’ distribution of vaccines, operating on a voluntary basis.

That is the pharmaceutical equivalent of inviting the wolves to keep a kindly eye on the sheep pen. Faced with a global pandemic, it is surely the responsibility of governments to defend global public health and the health of their citizens through regulatory measures that assert the primacy of ethical imperatives over corporate self-interest.

There are also questions for corporate governance. Peter Singer, a Special Adviser to the Director General at the WHO, has called on the boards and shareholders of pharmaceutical companies to reflect, and act upon, their responsibilities in ensuring that targets like the 40% global vaccination coverage rate is achieved. Accountability criteria could – and should – include the share of vaccine production going to low- and lower middle income developing countries.

All of which brings us back to Boris Johnson and the role of the UK in combating a pandemic that now poses a renewed threat to its citizens. Last July, the Prime Minister hosted a G7 summit that provided an opportunity to develop what the world urgently needs – a global plan of action for achieving vaccine equity. Perhaps inevitably, the opportunity was frittered away in a blizzard of vague rhetorical commitments. Sadly, the EU and the US have followed suit.

Achieving COVID vaccine equity will require action on multiple fronts. The urgent first step is to redistribute now the hoarded stocks in rich countries that could be saving lives and preventing the emergence of new variants in poor countries. An intellectual property waiver is critical, but vaccine self-reliance will also require wider measures – domestic, regional and international – to share knowledge and technologies, build capabilities and invest in production facilities. Of course, not all the problems are on the supply-side. Health system inequalities and inefficiencies in many developing countries represent a formidable barrier to universal vaccine coverage.

If Omicron teaches us anything it is surely that the phrase ‘no one is safe until everyone is safe’ is not a polemical gimmick. It is a statement of epidemiological fact with far-reaching consequences for public health. We need to start acting like we believe it.

Photo: Mother getting vaccine from a USAID mobile clinic in South Africa to help protect her family. Photo by USAID/South Africa. Licensed under CC BY-NC 2.0.

Kevin Watkins is Visiting Professor of Practice at the Firoz Lalji Institute for Africa at LSE. He was formerly CEO of Save the Children UK, director of the Overseas Development Institute in London, and Director of UN's Human Development Report Office and Global Education Monitoring Report. 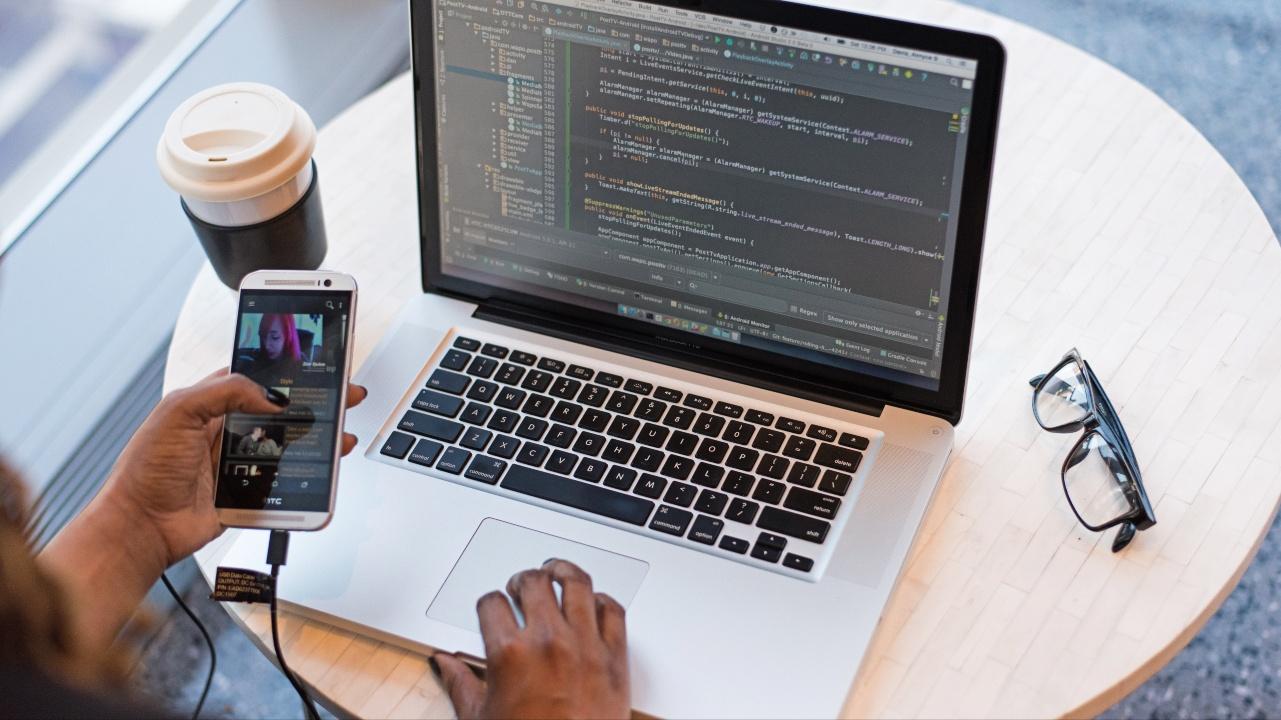 COVID-19 is reorienting ethnographic fieldwork in Africa towards digital methodologies

Bad Behavior has blocked 2301 access attempts in the last 7 days.