Now we know: the Prime Minister does not think that the ‘Norway’ model, often held up as a better answer for the UK in Europe, will be suitable for the future relationship of the UK with the EU.

Speaking in the House of Commons yesterday, David Cameron observed that some of those in favour of leaving the EU had “pointed to the position of Norway saying that is a good outcome. I would guard very strongly against that”.

Echoing views repeatedly expressed by Erna Solberg, Norway’s Prime Minister and a fellow centre-right politician, he went on to make the point that: “Norway actually pays as much per head to the EU as we do. They actually take twice as many per head migrants as we do in this country but of course they have no seat at the table, no ability to negotiate.”

His last phrase refers particularly to the fact that retaining access to the single market means accepting all the rules decided by ‘Brussels’ and voted on by full members of the EU. Those countries, like Norway, Switzerland and Iceland, who want the market access, but stop short of seeking full membership, just have to accept whatever the EU decides. In the days of a certain out-dated technology, this used to be known disparagingly as ‘fax democracy’.

What Norway does retain is the freedom to run its own agricultural and fisheries policies, though at even higher cost to the Norwegian taxpayer than the much-maligned Common Agricultural Policy and the Common Fisheries Policy. Moreover, unlike the UK and Ireland, Norway is part of the Schengen free movement area, as is Switzerland.

Cameron’s alternative is at the core of his negotiating position, namely to stay inside a reformed EU. But beyond all the simple choice of ‘stay or leave’ there is a broader question that has, hitherto, been curiously neglected. This is what not being a member of the EU would really mean: what, in short, is the most likely alternative to EU membership?

The question can be broken down into several categories. Traditionally the most important is trade policy, then there is what exit would mean for the public finances, and there are numerous other policy domains, including some of those – such as migration – so prominent in recent discourse.

An exit would mean recasting not only future trade relations with the remaining members of the EU, but also those with the rest of the world, many of which are the result of the EU negotiating as a bloc.

In 1975 when the only previous UK referendum on Europe was held, the (then) European Economic Community (EEC) was above all a customs union which means that goods are allowed to flow freely across the borders of the Union, but a common external tariff is imposed by all members of the Union against third countries. Today, Turkey has such a link with the EU, but there has been no obvious advocacy of a ‘Turkey model’ instead of a Norwegian one.

In relation to trade, difficult questions will arise and there is no easy way of anticipating how they would be answered if the UK were outside the EU. Would there be tariffs on goods crossing the channel in either direction? Would it be easy to reach a new, UK-only deal with significant trading partners that already had them with the EU, and would it be easier or harder for the UK to agree future deals? In any such deals, would the terms achievable by the UK be better or worse?

Despite the warnings associated with the budgetary costs of the Norway model, a no to Europe would almost certainly mean that the UK, as one of the largest contributors to the EU budget, would gain from sending less money directly to Brussels. However, some of what is currently covered by EU expenditure would have to be replaced by domestic spending programmes. If farmers continue to be subsidised, some of what is the contribution to the EU budget today would have to be diverted to the budget of the Department of Environment, Food and Rural Affairs.

More important is what exit would mean for public revenues. A UK less welcoming to migrants would see some loss of tax revenue, bearing in mind the research finding that EU migrants into the UK are more likely to be employed than the indigenous population and boost the state’s coffers.

Yet what is uncertain here is the degree to which exit would push out or deter EU workers, the largest cohort of whom are, in fact, Irish. Similarly, the effect of exit on corporate investment in the UK will have an effect on the tax take from companies, again uncertain.

An EU exit would also mean rethinking the wide range of other policy domains examined in the government’s recently completed Balance of Competences Review. There are thirty-two separate reports in this review, covering more than twenty policy areas as diverse as energy, information rights, employment policy, and police and judicial cooperation.

In all of these there is at least some integration between the UK and its EU partners, together with pooling of efforts and resources. For many of these policy domains there is, unavoidably, uncertainty about what would have to change if the UK left.

As with any divorce, no-one can be sure whether it will be amicable or hostile, who will keep what and whether the future relationship between the partners will be good or bad. Even so, too much of the debate to date has proceeded as though there is a clear vision of what an EU exit would mean.

Well, folks, we don’t know and that should be a cause for concern. In the absence of an explicit definition of ‘out’, the only honest answer to the frequently posed question of whether the outcome will be good or bad for the UK is that ‘no-one really knows’ and that ‘it depends’. That is no basis for an informed choice.

Note: This article gives the views of the author, and not the position of BrexitVote blog, nor of the London School of Economics and Political Science.

Iain Begg is a Professorial Research Fellow at the European Institute, London School of Economics and Political Science. His main research work is on the political economy of European integration and EU economic governance. 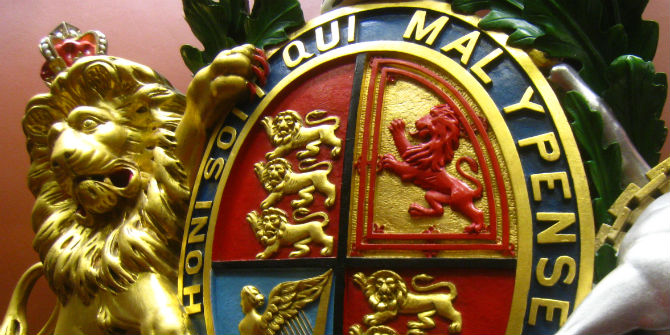 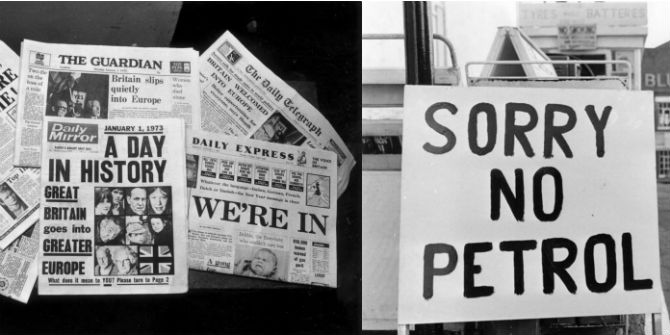 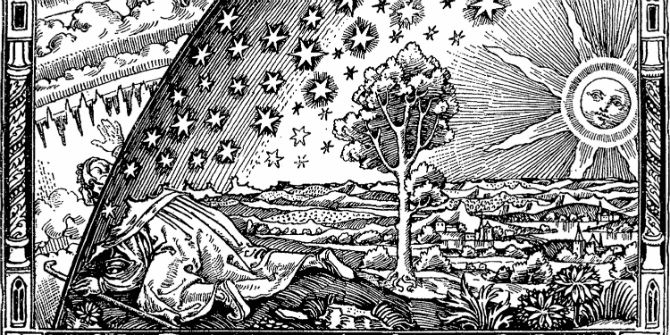