As David Cameron sets out his negotiating position, including a four-year ban on in-work benefits for new EU migrants, Martin Ruhs argues that protecting freedom of movement and labour is worth the price of temporarily restricting migrants’ rights to claim benefits.

Reforming the rules for the free movement of workers within the European Union is one of the central elements of the Conservative government’s efforts to negotiate a “better deal” for Britain in the run up to the referendum on the UK’s continued membership of the EU. One of the key demands of the UK government is to restrict EU workers’ access to tax-credits and other in-work benefits for low-income earners for a period of four years, a policy position broadly shared by the Labour party, which proposed to ban EU workers from accessing tax-credits for the first two years of employment in the UK.

The UK’s proposals for changing the rules for intra-EU labour migration face legal obstacles in the form of treaty changes that may be necessary, as well as political challenges with convincing other EU member states that reforms are necessary, not only for the UK but for the future sustainability of free movement among the 28 member states. While the UK is not alone in calling for changes to the rules for the free movement of labour within the EU, the European Commission and some member states including Germany have, at least so far, expressed opposition to making significant changes to one of the “fundamental freedoms of the EU”.

In a working paper, I discuss an important conceptual and empirical question that has a long history in social science research and that, I argue, underpins the current debates about reforming free movement in the EU: is it possible to combine unrestricted labour immigration with an inclusive welfare state?

Under the current rules for ‘free movement’, citizens of EU countries have the right to freely migrate and work in any other EU country and – as long as they qualify as workers – the right to full and equal access to that country’s welfare state. This combination of unrestricted intra-EU migration and equal access to national welfare states for EU workers is an important exception to the tension and trade-off between immigration and access to social rights that characterizes the labour immigration policies of most high-income countries outside the EU and many European countries’ policies for admitting non-EU workers.

Does ‘free movement’ in the EU show that the alleged tension between large-scale labour immigration and inclusive welfare states does not exist or, if it exists, that it can be overcome? Or will the free movement of workers within the EU prove to be unsustainable?

In my paper, I argue and show why continuing to insist on both unrestricted migration and equal access to national welfare states for EU workers has the potential to undermine the political sustainability of ‘free movement’ because it does not take adequate account of important differences in the labour markets and welfare states across EU member states.

The flexibility of the national labour market and the nature of the national welfare state differ significantly across EU member states. In countries that have both a relatively flexible labour market and a relatively non-contributory welfare state (and the exploratory empirical analysis in my working paper suggests that this is the case in the UK and Ireland) ‘free movement’ can generate specific fiscal costs and economic tensions that are not present, at least not to the same degree, in countries characterised by more regulated labour markets and/or more contributory welfare states. These specific costs and economic tensions have the potential to undermine the domestic political support for the free movement of EU workers, thus threatening the political sustainability of the current rules for intra-EU migration among the 28 member states.

Whether and to what extent this potential threat results in actual political pressure for policy change in countries with relatively flexible labour markets and relatively non-contributory welfare states depends on a range of factors relating to, among other things, the (frequently contested) wider economic effects of free movement and the domestic politics of immigration which can and do vary across member states.

For example, the generosity of the national welfare state clearly matters. If a welfare state is relatively non-contributory but at the same time provides a relatively “low” level of benefits – keeping in mind that what constitutes a “high” and “low” is always subjective – the tension between unrestricted immigration and equal access to the welfare state may not create a significant domestic political issue. In the UK, the newly elected Government has committed to significant cuts in welfare spending and David Cameron has recently signalled plans to reduce in-work tax-credits for everybody (not just migrants). By changing the generosity and nature of the welfare state for everybody, some of the economic tensions created by free movement will become much smaller.

I argue that one of the most important determinants of the political sustainability of free movement in countries with relatively flexible labour markets and relatively non-contributory welfare states (such as the UK and Ireland) is whether it is possible for national policy-makers to politically defend the current rules for free movement based on the “collective impacts on the EU as a whole” (i.e. in terms of the impacts on all EU citizens as a group) rather than just (or primarily) in terms of the “national” effects for their citizens.

If there is widespread agreement within the domestic policy spheres of EU member states that the primary (or at least an important) aim of free movement is to maximize the net-benefits for the EU as a whole (i.e. for all EU citizens), the relatively greater costs incurred from immigration by selected member states, especially those with flexible labour markets and less contributory welfare states, will be less important as these costs will be easily offset by the very large gains that employment abroad generates for EU migrants and their families. It is not unreasonable to hypothesise that Ireland may be an example of this approach. Despite its similarity to the UK in terms of labour market flexibility and contributory basis of the welfare state, Ireland has not been among the most vocal advocates for reforming the current rules for free movement.

If, on the other hand, there are strong domestic political pressures to increase the net-benefits from free movement for individual member states – as it is currently the case in the UK – the tension between unrestricted immigration and equal access to the welfare state can become a problem that threatens the political sustainability of free movement. My own assessment (which is necessarily subjective and surely influenced by the fact that I have been an EU migrant in EU-sceptical Britain for the past 20 years!) is that, to be politically sustainable in the long run, EU laws and policies need to take more and not less account of (variations in) their national effects for individual member states.

Paying more attention to the impacts of free movement for individual EU member states requires an engagement with the tension between unrestricted labour immigration and migrant workers’ access to the welfare state. How to best respond to this tension is a normative question with no one right answer. In line with the discussion in my recent book The Price of Rights, my own normative position is that, if a choice has to be made, the unrestricted movement of workers within the EU is more important than fully equal access to EU member states’ welfare states.

The freedom to move and take up employment in other EU countries generates very large economic and other gains for workers and their families in lower-income member states. Protecting this freedom and these gains is, in my view, worth the price of temporary restrictions on EU workers’ access to national welfare states, especially to non-contributory benefits.

This piece first appeared on the COMPAS and Price of Rights websites. It represents the views of the author and not the BrexitVote blog or the London School of Economics. 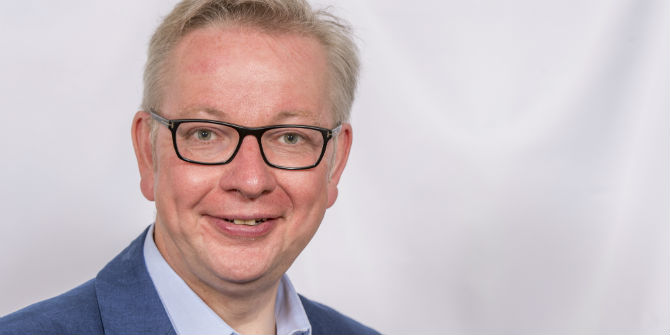 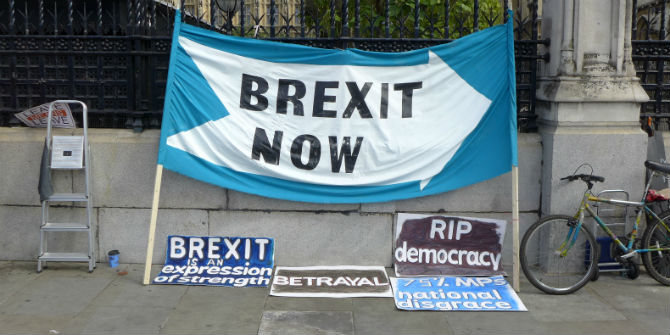