Faced with the prospect of a hard Brexit on Boris Johnson’s terms, Jeremy Corbyn could have threatened Labour MPs who intend to vote for it with deselection. Dimitri Zenghelis (LSE) says this may be the last – and most damaging – strategic decision the Labour leader makes.

Let’s be clear about one thing. Boris Johnson is not worried about the Letwin amendment. He is worried about the ‘meaningful vote’, or second reading vote, on the Brexit deal he negotiated with the European Commission last week. This is due to be held imminently.

Johnson never wanted ‘no deal’. Of course, he had to play along with the idea to emasculate the threat from Brexit party. But it’s one thing to talk about ‘no deal’ as a clean break, it’s quite another to try and successfully govern a country with medicine shortages, rations, food queues and business closures. By reneging on his promise to the DUP to treat all the UK on equal terms and adopting the European Commission’s proposal of a customs border in the Irish Sea, he has achieved this aim. As Jonathan Powell noted, the Prime Minister’s vaunted “great new deal” is neither great nor new.

So how can the latest European Union (Withdrawal Agreement) so similar to May’s agreement, which was rejected in the Commons three times, have a chance of being voted into legislation? In terms of Parliamentary arithmetic, Johnson’s jettisoning of the ‘Irish backstop’ combined a realisation that without drastic action the dream of Brexit may be lost altogether, has persuaded the Eurosceptic ERG wing of the Conservative party to support his deal. The majority of the disenfranchised ‘independent Conservatives’ are also expected to support the deal, now the risk of ‘no deal’ has receded. Set against this, Johnson has lost the support of the Democratic Unionist Party (DUP) which was formerly considered pivotal. So how is a divisive figure like Boris Johnson, armed with an even harder Brexit deal than May’s, expect to muster a parliamentary majority?

The answer lies in the actions of approximately 11 Labour MPs from ‘Leave’ constituencies who are primed to support the deal. This belies the evident hubris exhibited by the Labour party leadership. Most commentators are confident that allowing Johnson to pass his deal is likely to hand him the next general election on a plate. By finally delivering Brexit, Johnson stands to unite Brexiters who might have deserted the Tories for the Brexit Party and moderates who will be relieved to be able to postpone reckoning (and the prospect of no deal) for another two years. With Brexit already done, the centrist Liberal Democrats will no longer attract large numbers of Tory Europhiles as the party committed to preventing it.

Keir Starmer, Shadow Secretary of State for Exiting the European Union,  has suggested Labour might push to amend the withdrawal agreement by attaching a second referendum, and also by softening the deal through aiming for a closer trading relationship with the EU (perhaps including a customs union). However, it is doubtful these amendments would assemble the necessary parliamentary support, having been rejected in the past.

A more certain way Labour opposition leader Jeremy Corbyn could deny Johnson his prize is by following the advice of Momentum founder Jon Lansman to deselect Labour MPs who back Boris Johnson’s deal from standing at the next election. With Corbyn ranked as the most unpopular Labour opposition leader in history, most would see the opportunity to defeat Johnson as a gift he cannot refuse; a welcome lifeline, should he aspire to lead the Labour Party for more than a few months.

And yet, seemingly inexplicably, Corbyn is turning this opportunity down. He appears to be putting the desire to retain support in key marginals which voted Leave ahead of thwarting Johnson and delaying or averting a hard Brexit (possibly, but not exclusively, by way of a ‘people’s vote’ referendum).

The implicit assumption here is that Labour, headed by Corbyn, offers a viable electoral threat to Boris Johnson fresh from delivering Brexit at the next election. This may be the last strategic decision of any significance Corbyn makes. But for those hoping to avoid a hard Brexit born not of the will of the people, but of the internal wrangling’s of the Conservative party’s Eurosceptic wing, it stands to be the most disappointing of all. 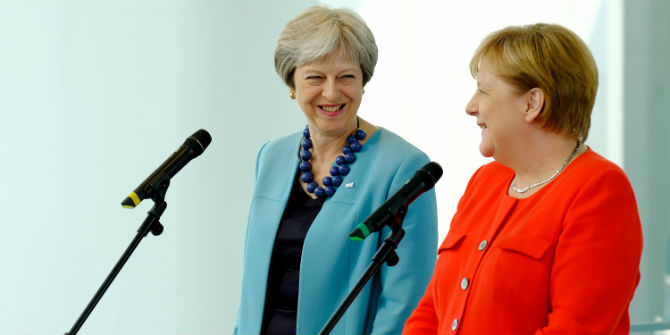