How well has the UK’s news media done in staging the debate and informing the public? Some outlets have fought valiantly to report the referendum campaign fairly, writes Charlie Beckett. Members of the public who complain they aren’t getting the facts must be joking. Nonetheless, the media take their cue from politicians, and campaigners’ strategy of destabilising the discourse while controlling their own message based on emotional appeals to voters has reaped a whirlwind. As the main parties show signs of imploding, it will have a long-lasting and damaging effect on democratic discourse.

No one can say that the media has not given us enough debate or information to help voters make up their minds. For months, the airwaves have been buzzing with argument and our newspapers packed with partisan persuasion as well as blow-by-blow reportage from the campaign front line. Online the people have spoken, the experts enunciated and the fact checkers fact checked. Everyone from the CBI to the Cornish Pasty Association has chipped in. But has it made any sense?

Whichever side loses will complain loudly about the news media. They will accuse it of bias and of failing to explain the issues and the risks clearly enough. Indeed, both factions have already started moaning about media ignorance and distortion, while the wider public say they aren’t being given the facts. They must be joking.

Politicians (and to a degree the voters) get the coverage they deserve. At one point the BBC Radio 4 Today programme presenter Nick Robinson sought to get two opposing spokespeople to speak candidly about their own campaigns. He asked them to cease hostilities for a moment and reflect calmly about the state of the debate. Within seconds both were on message and resumed their attack on the other. Robinson gave up on his bid for objective reflection, and let them get on with the Punch and Judy fistfight that they really wanted.

At times it appeared that both sides abandoned any coherent idea of deliberative, policy-based argument in favour of exaggerated scenarios, self-serving statistics and appeals to emotions and fantasies. This is part of a longer-term trend in political communications where the strategy is to destabilise the discourse while controlling your own message based on emotional appeals to voters. The damage being done to democratic deliberation will be long lasting, and I suspect will get worse after the vote as the two main parties continue to implode.

Not surprisingly, the Prime Minister found it difficult to convince the public that the organisation that he’s been slating for years is now a wonderful thing. At the same time, the various ‘charismatic’ Leave leaders failed to give a coherent explanation of what will happen after June 23 if we cut off the continent. Instead they flag-waved and dog-whistled about foreign hordes.

So what can the journalists do to shine light into this shade? At this point we must accept the limits of media effects. Politicians as well as journalists tend to exaggerate the impact of journalism on the public. In the long term it is significant, but there is a range of other influences on people’s thinking which swamp the power of journalists to swing votes.

We also have to recognise the special dispensation of UK journalism, with its rich but unbalanced mix of regulated broadcasting and partisan private press. During this campaign the BBC, for example, has struggled heroically to reconcile its obligations to fairness and its mission to inform with the journalistic imperative to challenge the agenda set by the politicians.  This is a tough job at the best of times, but in the special conditions of a referendum with its binary choice and a set of hypotheticals with multiple spokespeople it’s been a nightmare. The BBC knows that it has to go beyond ‘on the one hand and on the other’ reporting of the Europe debate. It has worked at trying to provide empirical background analysis and information. One has to hope that alongside other broadcasters it has given the public something substantial to add to the frenzied point-scoring in the newspapers.

A while back,  I wrote about how the newspapers will have less influence on the final outcome than some people might think because of their diminished status. Despite that, I think they have been more important than I expected in helping shift the frame of the debate towards issues such as immigration and generally encouraging the febrile mood of lashing out at the status quo. They may come to regret this. During the Scottish referendum Cameron could generally rely on them to carry his Project Fear message. This time around they are not helping out.

If you wish to consider how this media campaign has gone, then don’t start with the journalist or politician, ask the citizen. New LSE research suggested that many will only make up their mind in the last days of the campaign. So with such a close and unstable campaign (if the polls are to be believed), the small influence of the press might be significant at the margins.

The public have plenty of sources for campaign news if they had the will, time and (sometimes) money.  Overall, too many newsrooms have been distracted by the latest lines peddled by the campaigns, but there has been plenty of good political information and debate out there. For example, despite their Remain bias, the Financial Times and the Economist have offered a strong range of commentary and infographics in a number of formats and on different platforms or networks. Popular digital native media like Buzzfeed have also been fairly balanced and done their fact-checking.

But will people bother to read any of this? The evidence is that people are interested and are actively seeking out information. Relatively large audiences tuned into the TV set-piece programmes. They may end up feeling confused because of the contradictory claims. That is the nature of this issue. It is also the reality of the politics with the government and opposition parties riven ideologically and tactically. It is messy and the media coverage reflects that.  It is politicians that lead debates, not the media, and on this issue and in this campaign their previous parochial failure to take responsibility for our place in Europe is coming back to haunt them.

This post represents the views of the author and not the BrexitVote blog, nor the LSE. 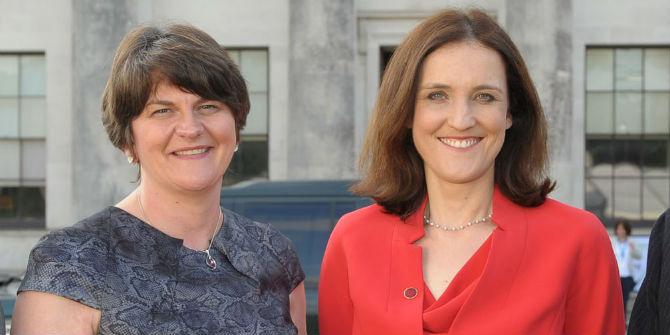