Sionaidh Douglas-Scott (Queen Mary University of London) explains the recent Court of Session decision on prorogation. The Supreme Court may ultimately declare the issue to be non-justiciable – but it could then be possible for Boris Johnson to prorogue Parliament for a much longer period.

Legal cases are not always exciting. Yet some truly absorbing and significant litigation is underway, arising from challenges to the recent prorogation of Parliament. The recent judgement from the Scottish Court of Session, which found the current prorogation of Parliament unlawful, is to date the most eye-catching example. The challenge was brought by Joanna Cherry QC MP, Jolyon Maugham QC, and a large cross-party group of MPs and peers, with a supporting intervention from Lord Wolffe QC, who as Lord Advocate, is the Scottish Government’s leading law officer. Although Brexit features in these cases (as it seems to in everything these days) the issue of prorogation extends far beyond Brexit, to the very functioning of British democracy. Rarely has constitutional law been so compelling since the 17th century, when, notoriously, Charles I prorogued Parliament, and for a long while governed without it altogether.

So the Court of Session declared the prorogation of Parliament unlawful – and yet Parliament still stands suspended. Why is that? This is not because the judgement only has effect in Scotland. It binds the UK government, and Scottish and English law are essentially very similar on judicial review. The short answer is that, although the Scottish Court declared the prorogation to be ‘null and of no effect’, it did not issue a specific order enforcing that judgement. This is probably because the UK Supreme Court is to hear the government’s appeal from the Scottish case (along with an appeal from the English High Court, and from Northern Ireland) on 17 September. So, for the time being, Parliament remains prorogued, even if that prorogation has been found unlawful. However, it is worth stressing that the Court of Session’s judgement stands, at present, as the highest ranking judgement on prorogation. The Northern Ireland courts did not address the issue of prorogation, and, as an appeal court, and Scotland’s Supreme civil court, the Inner House of the Court of Session is a more senior court than the High Court in London.

The terms of the Court of Session’s judgement were clear and excoriating. All three judges of the Court were unequivocal in finding the prorogation unlawful, because ‘its purpose was to stymie parliamentary scrutiny of the executive, which was a central pillar of the good governance principle enshrined in the constitution.’

Both challenges – in Edinburgh, and in the High Court in London – sought judicial review of the Prime Minister’s advice that the Queen prorogue Parliament, rather than of the Queen’s personal prerogative. The Scottish Court basically determined the issue on a two stage basis. First, they considered whether the Prime Minister’s advice to prorogue was justiciable, i.e. was it a matter capable of being determined in court, in a legal dispute? Because prorogation is an exercise of the Queen’s royal prerogative, taken on the advice of her ministers, the government argued it was a matter of ‘high policy and politics’, unsuitable for judicial determination, and the challenge could not succeed. (This argument prevailed in the High Court in London).

However, the Scottish Court had no difficulty in finding the matter justiciable. Although the Court found that, had the advice to prorogue been based on legitimate political considerations (including a desire to see that Brexit occurs) it would not be challengeable, all three judges found that the reasons proffered in public were not the true ones. The real reason was, in the words of Lord Carloway, Lord President of the Court:

…to stymie Parliamentary scrutiny of Government action. Since such scrutiny is a central pillar of the good governance principle which is enshrined in the constitution, the decision cannot be seen as a matter of high policy or politics. It is one which attempts to undermine that pillar.

In the second stage of the decision, having found the action justiciable, the judges considered whether the true reason for prorogation was to reduce Parliamentary scrutiny at a particularly crucial time for the UK. Given the circumstances, all three judges concluded this was indeed the case. They cited the ‘clandestine manner’ in which prorogation was sought. Indeed, the Court noted that there was ‘remarkably little said about the reason for the prorogation in the respondent’s pleadings’. (Notably, the Court of Session only received copies of government evidence at the last minute – after it transpired these had been lodged for the later hearing in London – somewhat cavalier behaviour by the government). The Court also found ‘nothing in these documents can be said to provide any rational explanation as to why Parliament must be prorogued as early as 9 September for a period of five weeks.’ It must be stressed that it is very unusual for a UK Court to find the reason given by the Prime Minister was not the true reason for the decision at hand. This was no ordinary case.

Indeed, not only did the Court find the prorogation to be a ‘manoeuvre’ designed ‘to frustrate Parliament at such a critical juncture in the history of the United Kingdom’ but also a ‘blatant’ and  ‘extreme’ such manoeuvre. Lord Brodie specifically referenced a publication on judicial review, detailing cases where courts had reviewed the Crown’s exercise of its powers in ‘egregious cases where there is a clear failure to comply with generally accepted standards of behaviour of public authorities.’ The fact that the work cited was authored by (then) Lord Justice Sales, who will sit in the Supreme Court appeal on Tuesday, will not have been missed.

The Court of Session’s judgement is of course not an end to the matter. The government has appealed this case to the Supreme Court, where it will be heard, along with an appeal from the High Court decision on prorogation, and the appeal from the Northern Ireland decision that ‘no deal’ did not violate the Good Friday Agreement. All eyes will be on the Supreme Court, where a panel of 11 judges will sit.

However, this appeal will not be an easy matter for the Supreme Court. It is possible the Supreme Court will follow the High Court’s recent decision, and find the matter ultimately non justiciable, without entering into an assessment of the facts and circumstances of the case. But if they do so, they risk a situation where apparently egregious abuses of power by the government cannot be controlled. Although former Supreme Court justice, Lord Sumption, recently remarked that ‘it seems to me to be a fundamentally political issue’,  it could (and has been) argued that a more traditionalist view of the non-justiciability of the exercise of the Crown prerogative may be inappropriate. There is a considerable amount of case law now (such as the GCHQ case in 1984) which has eroded the absolutist approach to the immunity of Crown decisionmaking.  The reasons for this are not difficult to determine. Lord Drummond Young, one of the three judges in the Court of Session, stated:

The rule of law requires that any act of the executive, or any other public institution, must be liable to judicial scrutiny to ensure that it is within the scope of the legal power under which it is exercised. .. Consequently, if the expression “non-justiciable” means that the courts have no jurisdiction to consider whether a power has been lawfully exercised, it is a concept that is incompatible with the rule of law and contrary to fundamental features of the constitution of the of the constitution of the United Kingdom.

Further, the usual follow up to a claim that a matter is political, and not for the courts, is to require it be dealt with by political institutions, not courts. This will not work in this case because it is in the very nature of prorogation that Parliament has been suspended or silenced. Britain’s foremost political institution cannot act here. The British Constitution rests on a balance of power between executive, legislature and judiciary, and if Parliament is suppressed, then judicial intervention is essential, not activist.

On the other hand, it seems very unlikely to me that the Supreme Court might find the case justiciable, but determine there had in fact been no unlawful behaviour by the government. This would require the Supreme Court to find differently from the Court of Session on the facts, but, given the tight reasoning of the Scottish judgement, it would be hard to decide the case differently. So, if the Court of Session is not followed, it must surely be on the basis of a finding of non-justiciability. But with Parliament suspended, if the courts were to exclude themselves, what then of the rule of law? What is then to stop prorogation of Parliament for a much longer period?

This post represents the views of the author and not those of the Brexit blog, nor LSE. It first appeared at LSE British Politics and Policy.

Sionaidh Douglas-Scott is Anniversary Chair in Law at Queen Mary, University of London. 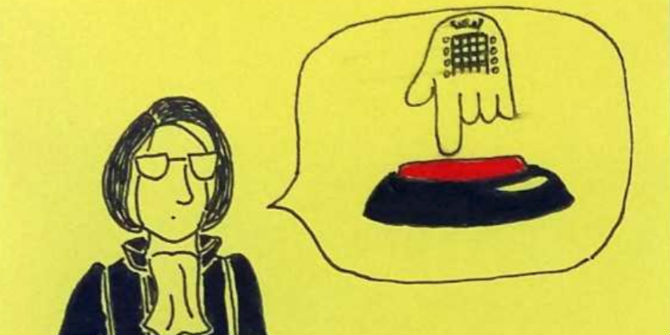 The Article 50 ruling explained – in a sticky note 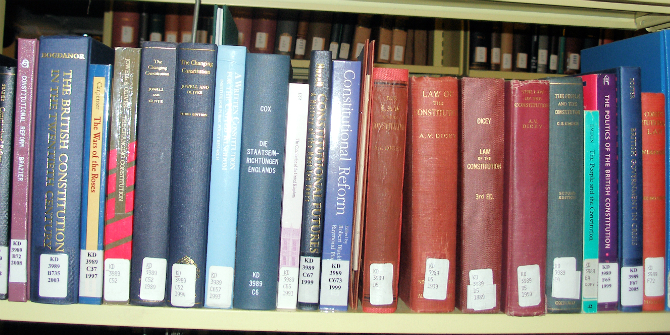