Alan Johnson MP is chair of Labour In for Britain, the campaign to keep Britain in the EU. Ros Taylor talked to him just before David Cameron’s renegotiation at the European Council summit.

The Leave campaigns are in some disarray, and David Cameron has a draft deal in his pocket. Why are the polls still pretty much neck and neck?

I think a large part of that was the television scenes we saw in the summer. There’s a certain irrationality to it, but people seeing refugees and the EU not coping with the biggest crisis they’ve ever faced, in terms of the refugee crisis – you saw the figures change gradually through that. There’s the fact that the Prime Minister told businesses and others who were champing at the bit to go out and make the argument, “Hold back until I’ve done my deal.” A combination of that, and the way the deal has been received by some of the newspapers known for their support of the Conservative party, but not known for their support for Europe – that gives us, I hope, a false picture. Although no one was under any misapprehension that this wasn’t going to be a difficult task. It’s a plebiscite, and a plebiscite can turn into a referendum on the government, on the popularity of David Cameron, on his package – which is not actually on the ballot. So in a way that Times poll that showed a 9 point lead for Leave  – I wasn’t too distraught about that, because it wakes people up to the fact that there’s a battle here, and it’s not going to be won with your feet up hoping things go the right way.

Which key arguments for Remain aren’t getting through to the public yet?

Stronger In is the cross-party group that gets the money – maximum of £7m, they can spend £60,000 from the taxpayer. We don’t get any of that, but we decided to have a separate campaign because while we share their basic premise that while Britain is more influential, more powerful in the EU – that its people are more prosperous, more secure – we would emphasise subheadings under that: the social dimension, the protection for workers, the consumer dimension of Europe. The fact that for companies and consumers that are buying over the internet from companies dotted all round the EU, they have the same basic protection. To take stuff back if it doesn’t fit, to get their money back – very important consumer protection that gets overlooked. And there’s the environmental aspect. Unlike 1975, when climate change wasn’t an issue last time we had a referendum, now it’s a huge issue and countries can only resolve that by working together. The EU can do that perhaps more than any other continent at the moment because of the EU.

I don’t think there’s one thing the public is misinformed on, there’s a whole series of them. Because basically we left the field to Ukip for at least the last ten years. And I’m criticising myself. No one’s made the positive case for Europe apart from Nick Clegg, to be fair to him and the Lib Dems, for a decade – almost since we decided not to go into the single currency. As a result there’s all these myths. Europe costs us £19.7bn, say the Leavers. No it doesn’t, that’s the gross figure – net, it’s something like £3.8bn. Seventy-five percent of our laws are made in Brussels – that’s rubbish. The figure according to the House of Commons library is round about 12-13%, and that’s with every mention of Europe in any piece of legislation. And this issue about how many people are coming here and what free movement, what immigration means – well, there’s a whole series of myths that have grown, and I think just getting the facts out on those issues, that misrepresentation – which no one else has been doing – actually gives the public a much more – the public don’t follow every cut and turn of the European Union. Why should they? And sovereignty similarly: this idea that we’ve given up all the sovereignty is ludicrous, given there’s a European Parliament and every decision has to be made by the Council of Ministers who consist of elected governments. So all of that has to be addressed as well. There’s a big job out there to do.

What do you say to Labour Leave, who believe you need to put social justice for Britons looking for jobs over the right to freedom of movement?

Labour Leave are a tiny handful – literally six people. The remarkable thing about Labour now is that we are so united on this. And the trade unions haven’t added their voice to the debate yet, but they will – and that’s very important to get rid of some of the myths around employment law. But as far as freedom of movement is concerned, everyone understands it’s what we signed up to. You cannot have a European Union without freedom of movement. It works both ways. No country – no European country – has more of its citizens working in other developed countries than Britain. Far more than Poland. So it’s a two-way process. There are issues around it that cause tensions. That’s why we say, for instance, that we want to work with other left-of-centre parties in Europe and others to actually get a going rate for some industries. So the construction industry, for instance – people coming over to work in construction in this country shouldn’t just get the minimum wage, they should get whatever the going rate is in construction. That’s one element. We also believe there should be EU structural funds available in areas where there’s been particular pressure on schools and hospitals, etc – not all of which come from EU migrants, maybe come from the kind of cuts in services we’ve seen domestically.

But more importantly than that, we think there is something in the idea of an emergency brake or in the principle of fair contribution – that in-work benefits, mainly working tax credits, should increase in relation to the amount of taxes you’re paying. The contributory principle that underpinned the welfare state. So in our manifesto we said the habitual residency ought to be two years, Conservatives said four years. It looks like it’s going to be in this emergency brake part of the Cameron negotiations, and I think the principle of that can be supported. I’d like to see us domestically move much further towards a contributory principle.

So within all that, I think there’s a lot to be said beyond “We don’t like Johnny Foreigner” or “They’re taking all our jobs”. There are 760,000 vacancies at the moment in the UK economy, and in any case – this is the kind of drop-dead argument – there’s no scenario for Britain outside the EU taking advantage of the biggest commercial market in the world that doesn’t involve free movement. Norway are the tenth biggest contributors to the EU budget: they’re not in the EU, they have free movement, they’re part of Schengen. Ditto Switzerland, ditto Iceland, ditto Liechtenstein, ditto any country that’s within that European free trade area. So all the signs are you’re going to get that anyway. And if your worry is migration and refugees and all the signs you’ve been seeing, we’re going to be much weaker outside the EU because we won’t have that precious agreement with France at our most vulnerable point in this country – Calais to Dover – where we’ve virtually moved the British border from Dover to Calais. It’ll be moving back if we’re outside the EU.

If we stay in, what are Labour MEPs going to be fighting for in Europe?

I’d put one little prelude to that, which is that I don’t want this debate to be about all the things that are wrong with Europe. We’ve heard enough of that. I mean, I would list all the things that are wrong with this place [he gestures out of a window towards the Palace of Westminster], including democracy and sovereignty and all the rest of it. This is an in-out referendum, and the danger is that the people who broadly support British membership of the EU – they’re not mad about it, they’re not swivel-eyed about it, they just think in an increasingly interdependent world it makes sense – to start making this argument about “Oh, here’s my list of things that are wrong…” I want to emphasise the things that are right. As far as the things that are wrong, well some of them are being tackled by David Cameron. We need a digital market. Britain’s very strong in digital gaming in particular. We need to complete the single market in services. Labour did a lot of that through David Sainsbury in 2000 and the decade after that. That all needs to be done. We still spend too much on agriculture and not enough on science and research. That’s changing – it’s British influence that’s helped to change that – so yeah, there’s all those things to be tackled. We’d like to expand the social dimension of Europe, not contract it as some of the Leavers want to do, who basically want Britain to be an offshore, race to the bottom, anything goes version of Singapore. So we’d like to expand that.

But I’m going to spend time saying “Look, here’s an institution, it won the Nobel Peace Prize in 2012 – widely derided at the time, but actually there was something in that – not just because there was a war in Europe about every 20 years, but also because of what’s happened with oligarchies being transformed into democracies without a shot being fired in central and eastern Europe.” Far bigger issues than the list of gripes that we’ve heard too much of from the party that’s in government at the moment.

Alan Johnson is MP for Kingston upon Hull West and Hessle and the chair of Labour In for Britain. He served as home secretary, health secretary and education secretary under the Blair and Brown administrations. 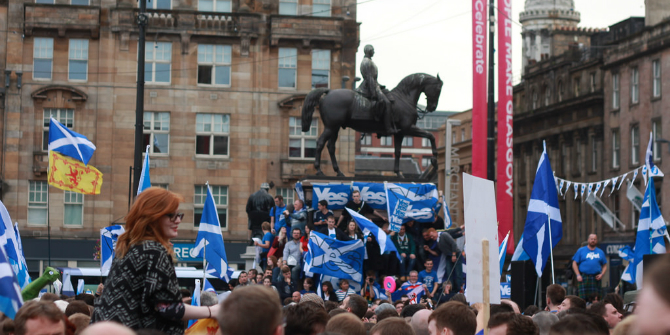 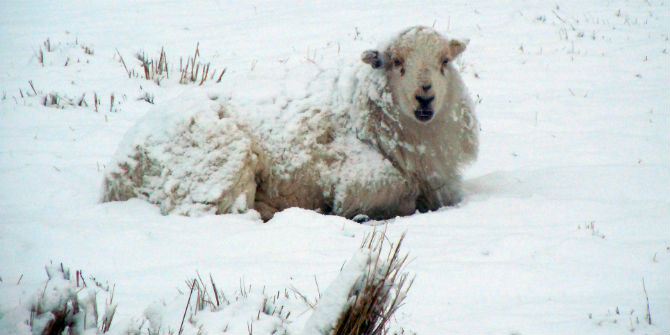 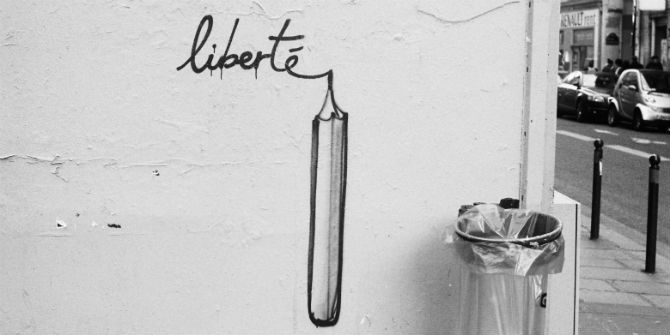