A second referendum is usually seen as a way of stopping Brexit. Many of those arguing for a “People’s Vote” are quite open about not wanting to leave the EU. However, given the current deadlock, could it instead by the best – perhaps only – way to make Brexit happen? In this blog, Anthony McGann (University of Strathclyde) explains why Brexit won’t happen without another referendum.

The current deadlock is not in the slightest surprising – at least when analysed in terms of game theory. It is a direct result of the decision by the European Court of Justice on December 10, 2018 that the UK can unilaterally revoke Article 50 and abort the Brexit process. Before this decision, the Prime Minister’s strategy made sense – just give Parliament a simple choice between the Deal negotiated with the EU and a No Deal Brexit. The UK had invoked Article 50 March 29, 2017. Therefore a No Deal Brexit would automatically happen two years later unless a deal was agreed. Parliament faced the simple choice below:

Either Parliament supports the deal agreed with the EU, or there is a no deal Brexit. Faced with this choice, Parliament (and in particular the Labour Party) would have no choice but to support the deal. All this changed when the European Court of Justice found that the UK could unilaterally revoke Article 50. The threat of a No Deal Brexit ceased to be credible. Instead, Parliament faced the situation below:

Now if Parliament rejects the Deal, they are not confronted with the certainty of a No Deal Brexit. Instead, they have a second decision: Revoke Article 50 or face a No Deal Brexit. Given that choice, they would almost certainly revoke Article 50, halting Brexit. The fact that Parliament does not like the idea of revoking Article 50 and voted against it in an indicative vote is irrelevant. The point is that they would vote for it if they were really staring the possibility of No Deal Brexit in the face. The point of having a non-binding vote March 13, 2019 to rule out No Deal Brexit was to show that there was a majority that would do exactly that. This changes everything when Parliament considers whether to support the Deal. Parliament knows that if it votes to reject the Deal, the eventual outcome is revoking Article 50 and no Brexit. Therefore the real choice is between the Deal and no Brexit, as we can see below. It is now safe for Parliament to reject the Deal.

Of course, many of those in the Conservative Party who have voted against the Deal favour a hard Brexit, or even a No Deal Brexit. Surely these people will vote for the Deal, when they see that the only alternative is no Brexit at all? This has happened to some extent. Indeed Jacob Rees-Mogg, Chair of the European Research Group, last week stated that he would support the Deal for exactly this reason. After regretting that No Deal is no longer an option, he stated, “…No Deal is better than Mrs May’s Deal, but Mrs May’s Deal is better than not leaving at all.” However, this logic is unlikely to lead to the Deal passing. The DUP has fundamental problems with backstop provisions in the Deal, and there are Eurosceptic Conservatives who have said the Deal is worse than remaining in the EU (Boris Johnson and Dominic Raab have both articulated this position).

Last week the Prime Minister promised to resign if the Deal (this time just the Withdrawal Agreement without the Political Declaration) was approved by Parliament. Although the Deal was defeated for the third time, it was supported by numerous Conservatives who had previously opposed it, including Boris Johnson and Dominic Raab. Many commentators explained these switches in terms of personal ambition. However, the Prime Minister’s promise to resign does make the Deal far more attractive to hard Brexiters quite apart from career considerations.

A Conservative leadership contest changes the consequences of accepting the Deal. After Parliament accepts the Deal, the next move goes to the Conservative Party. If it elects of Pro-Deal leader, then we get Brexit with a Deal. However, if it supports a No Deal leader, this leader can take a hard line in the trade negotiations with the EU that come after Brexit, and fail to come to an agreement. This would produce something like a No Deal Brexit after the transition period runs out. This gives us the situation below:

If we assume that a Conservative leadership contest will produce a hard Brexit leader (which seems likely, but is certainly not inevitable), then the consequence of Parliament supporting the Deal will effectively be a No Deal Brexit after the transition period. Thus, the choice before Parliament is between supporting the deal and getting effectively a No Deal Brexit down the road, and rejecting the Deal and getting No Brexit. This is illustrated below:

In these circumstances, we would expect Parliament to reject the Deal. Even under a new Conservative leader, the Deal will still contain the backstop, so the DUP will vote against it. The prospect of a hard Brexit Conservative leader will do nothing to gain the support of Labour MPs. Indeed, if the government was able to win over the DUP and its own hard Brexit MPs, it is possible that moderate Conservatives who voted for the Deal on Friday 29th March may have second thoughts.

It does not look like the deadlock in Parliament is going to be broken – it is possible that a No Deal Brexit could happen by miscalculation, but this seems unlikely. However, there is one way in which this deadlock could be broken in favour of leaving the EU. This is through another referendum. If the People voted for a specific Brexit plan (the Deal or No Deal), there would be no ambiguity. Parliament would be bypassed. True, the opinion polls do give Remain a slight lead currently, but this is small and could certainly be overturned in a campaign. After all, the opinion polls gave Remain a lead before the 2016 referendum.

This post represents the views of the authors and not those of the Brexit blog, nor the LSE. Image by Elroy Serrao, Some rights reserved.

Anthony J. McGann is Professor of Government and Public Policy, University of Strathclyde. 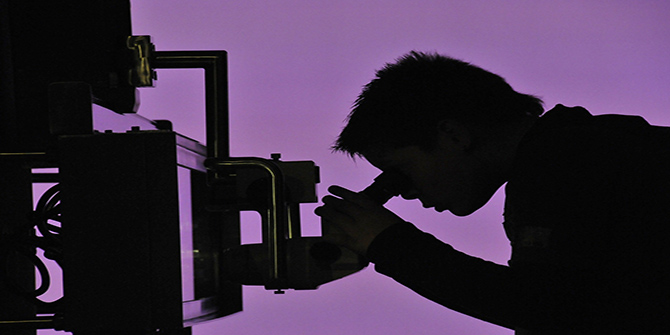 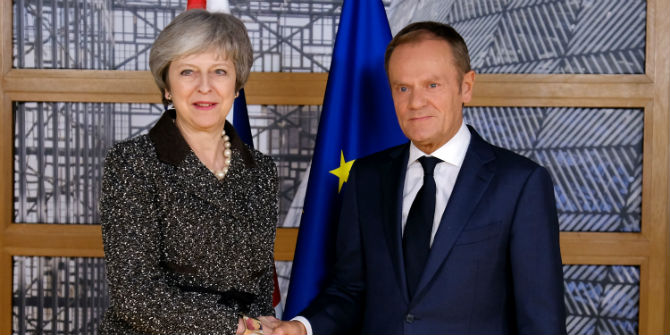 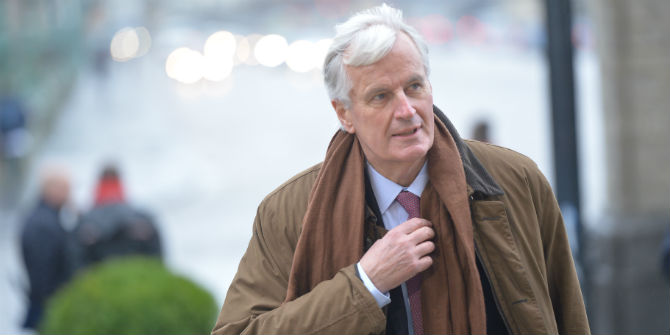