David Cameron’s call for a referendum on the UK’s EU membership was greeted in continental Europe with a mix of fear and hope. Fear for those who are concerned that the UK leaving the EU would trigger the dissolution of the European Union, and hope for those who wish that that would indeed be the outcome of a Brexit. Marta Lorimer writes that amongst the latter, in particular, one can find the representatives of the European far right, who may not have much in common, but who share a common hatred of ‘Brussels’.

Enthusiasm on the far right as Cameron announces referendum

Far right parties have been toying with the idea of getting their countries out of the EU or at least substantially reforming the EU, something which they consider a necessary move to regain national sovereignty. Already in 2014, Geert Wilders, the leader of the Dutch Party for Freedom (PVV), presented a study outlining the implications of a ‘Nexit’. Claiming that the Netherlands would in fact benefit from leaving the EU, he advocated for the country to regain ‘independence’. A few days before Cameron announced the referendum, he praised the Conservative leader’s choice, hoping that the UK leaving would be an ‘enormous incentive’ for others to do the same.

The Freedom Party of Austria (FPÖ) also reacted to the British PM’s renegotiation by suggesting that Austria follow in his footsteps. While they did not call for a referendum, the FPÖ’s EU delegation leader, Harald Vlimsky claimed that Austria should  request a ‘red-white-red rabate’ and start renegotiating its relationship with the EU, as to make it more bearable. Should this be impossible, the only route left would be ‘Öxit.’

In Italy, Matteo Salvini, leader of the Northern League (LN) vented the idea of holding a referendum on the country’s EU membership in December. On 20 February, he welcomed Cameron’s deal and stated that Britain was ‘lucky’ to be given the chance to vote. He followed up on this by stating that this was the demonstration that the British were ‘real citizens’ while Italians were expected to be ‘subjects’ – his Facebook post stated: ‘if Europe is famine and immigration, we’re better off ALONE and free. Go Great Britain!’.

No party, however, has been quite as vocal about the referendum as the French Front National (FN). With a presidential election coming up in 2017, the party is already starting to capitalise on the growing scepticism and dissatisfaction towards the European Union. Perhaps unsurprisingly, Cameron’s deal did not impress many of the party’s members. Florian Philippot, vice president of the FN, reacted stating that ‘considering how happy the ‘euro-fools’ are, Cameron’s deal was nothing but smoke and mirrors’.

Similarly, Nicholas Bay, MEP and general secretary of the part, stated that David Cameron obtained ‘nothing’ from Brussels. Echoing these remarks, Marine Le Pen, leader of the party, issued a press release, welcoming the referendum and suggesting that it demonstrated how renegotiating a country’s relationship with the EU was possible. While she was equally unimpressed with the British deal, she blamed it on the EU’s ‘religious’ ideology, which makes real advancements in terms of repatriating sovereignty impossible.

The party also published a leaflet detailing the five step process they would follow to renegotiate France’s relationship with the EU should Marine Le Pen be elected president in 2017. Interestingly, however, there were two possible outcomes of the renegotiation process. The first one, caused by an ‘intransigent EU’ would lead to France quitting the EU under the Article 50 procedure. The alternative would be a successful renegotiation, leading to new treaties and the creation of a ‘Europe of Free Nations’.

Could Frexit, Nexit, Öxit and Itxit be around the corner?

Parties stating they would hold a referendum is not the same thing as having the power to do so. It is unlikely that any of them will be able to declare a referendum in the short term, however, their message could resonate with parts of the electorate. In the Netherlands, for example, Wilders is leading consistently in the election polls, and a recent poll suggested that a small majority of the country would like to hold a vote on their membership of the EU, with ‘yes’ winning by a small margin (44%-43%) and a 13%  undecided voters. The Netherlands are also bracing for a referendum on the EU-Ukraine Association Agreement, whose result, however, could also be interpreted as a proxy for the country’s wider doubts about the EU.

Italy and Austria are not expected to hold elections until 2018. In Austria, the FPÖ is leading in the polls and in 2015 a petition calling for Austria’s exit from the EU gained a surprisingly high level of support gathering over 260,000 signatures.

In Italy, Salvini’s referendum would have to face the hurdle of a pro-European establishment and a broadly euro-enthusiast population, which, however, has seen its trust in the EU decline severely following the poor management of the economic and migration crises. The attempted referendum could find an unexpected ally in the Five Star Movement. The party sits in the same European Parliament group as UKIP, and while its positions on Europe are ambiguous, the majority of its members are staunchly opposed to the euro.

In France, the FN is unlikely to win the next presidential election. While the number of voters has grown consistently throughout the past few years, in a presidential run-off between Marine Le Pen and a mainstream candidate, the ‘republican rally’ would most likely lead mainstream right and left wing parties to coalesce against her.

However, the outcome of the British referendum could have a significant impact on all the member states discussed above. In particular, should the UK come out of an ‘out’ vote relatively unscathed, this could lead far right parties to become even more vocal in calling for national referenda and bringing forward their ideas on how to reform the EU. For the moment, however, it is likely the main threats to European unity will continue coming from the mainstream parties’ inability to collaborate and, above all, from the growing restlessness in European electorates over the shortcomings of the European construction.

This post represents the views of the author and not those of BrexitVote, nor the LSE. Image by Dr Les.

Marta Lorimer is an MPhil/PhD candidate at the London School of Economics. She holds a degree in European Studies from Sciences Po Paris and the LSE. Her research interests include far right parties, European politics and ideas of ‘Europe’. 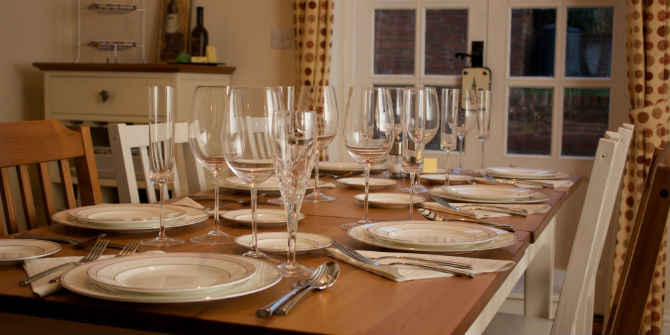 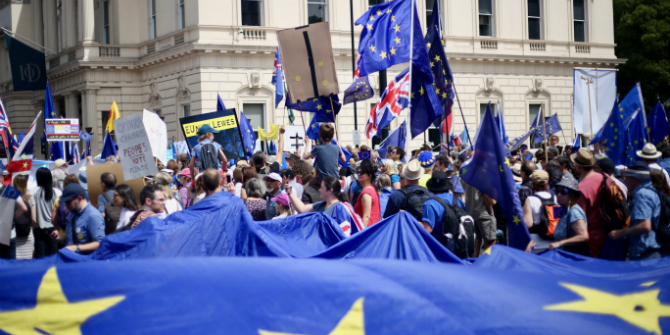