From an Irish perspective it matters hugely that the UK not only votes to remain in the EU but that it does so after a clearly decisive vote, argues one of the participants of the LSE Commission of the Future of Britain in Europe Paul Gillespie. He insists the run-up to the referendum should be marked by a well-informed debate about the European as well as the British issues involved. Ireland is the EU member-state most exposed to the consequences of a Brexit decision. It has the only land border with the UK and probably the highest level of interdependence with it. A British departure would have major consequences for Ireland North and South across all these dimensions, concludes Gillespie as part of his response to Kevin Featherstone’s article.

A British exit from the EU would endanger those new relationships and would require a major refashioning of them. A lot depends on whether the divorce would be friendly or contested, pragmatic or competitive. Much European commentary is fearful that concessions to the UK on the “ever-closer union” open up the way to a future tiered membership of the EU. Amid diminishing solidarity on the euro and migrants this could set precedents for fragmentation or disintegration. In that light, the good deal on offer, in response to the limited demands made by Cameron, would not be replicated in a withdrawal negotiation. A post-Brexit agreement would be very hard-nosed for fear of contagion and damaging precedents.

Such an outcome would be highly disruptive for Ireland north and south. The Irish border would become the only EU land one with the UK, threatening free movement of people and goods. Ireland would be confronted with a dilemma of seeking a favourable bilateral deal with a UK and struggling to minimise the disruptive effects on its relations with the EU. The Irish economy would face risks of negative growth and falling trade, perhaps amounting to 20 % in volume and value according to recent Irish studies, and varying for different sectors.

A Brexit would disrupt the converging economic, business, financial, investment and monetary relations between Ireland and the UK in the last 15-20 years within the EU, despite their different positions in the eurozone. Ireland would lose a partner favouring open liberal policies in the EU. The EU’s political centre of gravity would move east, its likely economic policies would become more statist and in security and defence a weaker EU in global terms would impact on Ireland’s own neutral but engaged positions.

Northern Ireland would also be hugely affected. Economically its markets in Ireland and Europe would be put at risk. So would the transfers from London and Brussels that make up a large part of its annual budget.  If the UK’s dual sovereignty crisis played out with another independence referendum in Scotland resulting in a vote for secession the impact on Northern Ireland would be potentially huge. Unionists there would be confronted with a weakened UK dominated by an England less willing to subsidise a weak periphery. The question of Irish unity would come on to the political agenda faster than most Irish parties and people either expect or desire. In due course unionists might look to Dublin for a better (federal) deal than they could expect from London. 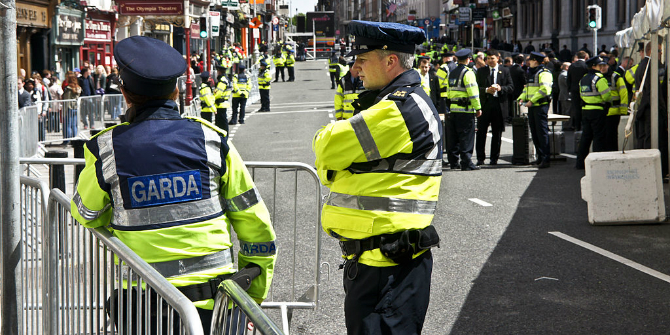 Garda Officers at a roadblock

In the book I have co-edited with Daithi O’Ceallaigh, Britain and Europe: The Endgame, An Irish Perspective (published in March 2015 by the Institute of International and European Affairs in Dublin and available free online with a January 2016 Postscript at www.iiea.com) we use four scenarios to describe the UK’s potential positioning in the EU. They range from “Fully-in” through “Half-in” and “Half-out” to “Fully-out”. The Fully-in scenario, which has the UK joining the euro, Schengen, the Fiscal Compact and other policies, is ruled out for the time horizon we cover. The Fully-out one involves withdrawal and negotiation of a bilateral free trade agreement with the EU.

The Half-in position is defined as: The UK does not join the euro but signs up to as many EU initiatives as possible in all other policy fields, similar to Sweden or Denmark. It engages actively and positively in the EU and thereby maintains its place at the Union’s top table in spite of the fact that it is not a Eurozone member. The UK could even take the initiative to become a leader in certain policy areas, e.g. security, foreign policy, digital policy.

The Half-out position is defined as: The UK steps back from European integration and puts distance between itself and the Eurozone, while seeking to ensure the integrity of the Single Market. It only joins the initiatives that matter most to it, acknowledging that some interests would take a hit. The block opt-out from Justice and Home Affairs legislation provides a possible template for this position.

As argued in the book, the Half-out position would not properly resolve Britain’s EU question and could leave it to be reopened depending on events and circumstances. It would create a permanent grudging block on the road to deeper integration and probably produce mounting resentment among the UK’s partners. The Half-in position would be much more dynamic and cooperative, including for Ireland, despite the UK’s continuing non-participation in key areas.

That is why the substance and quality of the referendum debate matter so much for the UK’s partners in the EU who will have to live with the consequences. David Cameron faces four existential questions in the referendum – the UK in the EU, Scotland in the UK, his role as prime minster and his legacy. That invests his referendum campaign with emotion and passion, important ingredients which optimise his communications skills and could outweigh his party’s divisions. His increasingly explicit references to the security dimension of the EU decision are important. The point did not figure at all in his 2013 Bloomberg speech but came into prominence in 2015 following the Ukraine conflict with Russia, the migration crisis, the December Isis terrorist attacks  in Paris and the Syrian war vote in the House of Commons. He reiterated the point in reply to questions after his speech to the Commons in January reporting on the summit, saying “I think the security argument will be crucial in determining what is the right future for Britain”.

Since security has become a much more frequent trope used by European political leaders in the wake of these geopolitical events Cameron’s emphasis is important. It can of course be used against EU membership. But for him to use it in favour of remaining a member requires that he frame the issue at a European rather than exclusively national level. The security dimension resonates with other leaders’ rhetoric about the merits of a reformed EU capable of retaining British membership and even offering it an opportunity for leadership in foreign policy, energy, market leadership and other spheres, in the discussed ‘Half-in’ scenario.

Other EU leaders will be cautious and reluctant about entering the UK debate but will not remain silent if there is a real prospect of a British withdrawal. If they want the UK to remain in the EU they should not disguise the potential downside costs of a withdrawal from British voters. The overall context of crisis in Europe plays strongly into the campaign, particularly on migration, terrorism and the eurozone. From the Irish point of view this is positive, since it can broaden the British debate and allow room for European level arguments in what could otherwise be a much more domestic debate.

This post represents the views of the author and not those of BrexitVote, nor the LSE. Image Attribution-Share Alike 2.0 Generic by infromatique.

Dr. Paul Gillespie is a former foreign policy editor with The Irish Times. He currently writes a regular column for the newspaper entitled ‘World View’. He is a senior research fellow adjunct in the School of Politics and International Relations, University College Dublin. 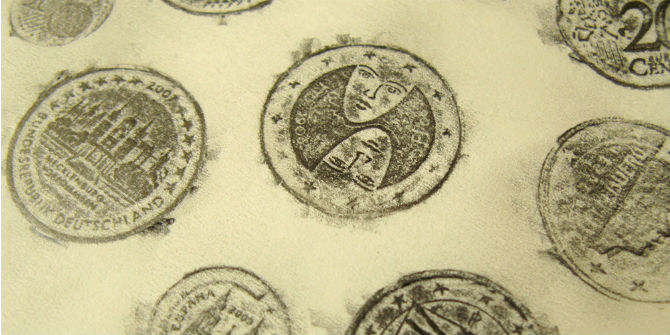