The EU has long championed women’s employment rights (though not always for feminist reasons), says Roberta Guerrina. The presence of senior women at the European Commission has helped to ensure the ‘equality agenda’ is not forgotten. Yet it should not substitute for wider discussions about the lack of a gender dimension in many areas of EU politics. The focus on economic and political rationalities in the Brexit debate is relegating women’s concerns to the areas of social policy – ‘low politics’.

The current referendum debate has been drawing attention to the role of the EU in many areas of policy, but the question of its role as a gender actor remains largely unexplored. As recently as 2015 Federica Mogherini, the EU High Representative on Foreign Affairs, alongside Vice President Timmerman asserted: “Europe has been promoting equality since 1957. It is part of the European Union’s DNA”.

But what does this mean exactly? A detailed analysis of this statement in the context of the achievements, as well as shortcomings, of the European Equality framework provides a much-needed contribution to ongoing discussions about the UK’s relationship with the EU.

The role of the EU in developing formal equality for men and women participating in the official labour market has been widely documented (Kantola, 2010; Guerrina, 2005; Abels & Mushaben, 2012; Hoskyns, 1996). It is an interesting story in as far as it highlights the complex web of influences as well as institutional politics/dynamics that produce EU policies. Patterns of influence, or Europeanisation, should not be seen only as top-down (vertical) processes. Rather, member states’ impact on the overall values of the organisation and its institutions are at the very core of the process of European integration. In the area of equality between men and women, European institutions have worked to ensure a minimum safety net for the protection of women’s employment rights, whilst ensuring that Member States adopted the values in a way that is compatible with national legal and cultural traditions (Lombardo & Forrest, 2012).

The introduction of Article 119 in the 1957 Treaty of Rome was a landmark for the development of equal pay legislation across Europe. Member States’ agreeing to include the principle of equal pay (for equal work) in the founding treaty of the process of European integration was not motivated by feminist aspirations. Rather, it reflected the realisation that for the Common Market to work there needed to be some degree of alignment of workers’ rights. Equally, the European Court of Justice’s intervention in 1976 provided the momentum and the political impetus for the development of secondary legislation (e.g. the 1975 Equal Pay Directive and the 1976 Equal Treatment Directive).

In the 1970s the principle of equality was tested in the European Court of Justice. The cases brought by Gabrielle Defrenne against Sabena Airline were important for two main reasons. Firstly, they are evidence of the Member States’ failure to implement the principles established by the Treaty of Rome. Secondly, they highlight the central role of the Court in defining two of the core principles of European legislation, namely primacy and direct effect. These two principles ensure that the women of Europe have direct recourse to rights enshrined within European law, should Member States fail to implement legally binding principles within their national legislative framework. It also ensures a key role for the ECJ as a “champion” as well as arbiter of European law.

The study of the EU’s equality policies is important not just for gender scholars interested in the equality agenda, but also because it highlights the role of institutional actors and the influence of civil society organisations in policy making processes. From an institutionalist perspective, the role of “femocrats” (feminist bureaucrats) operating within the European Commission has been key to advancing the cause of women’s employment rights. Their understanding of institutional processes and mechanisms has ensured that the issue of equality did not “fall out of the policy making agenda”.

Equally, transnational civil society organisations have provided a platform for groups that have been traditionally marginalised within national politics. They have provided therefore a counter-narrative to national and transnational economic discourses about equality, opening a space for new and innovative policy agendas. Together, femocrats and civil society organisations have worked to hold governments to account where they have failed to implement legislation agreed by Member States at the European level. (Hoskyns, 1996; Woodward 2003).

There is more to the story of the EU as a gender actor that goes beyond public statements and the well-established body of equality legislation. The appeal of the equality narrative is clear. It provides a link between European institutions and the citizens of Europe. It establishes a clear normative foundation for the project of European integration. The increasing frequency with which the equality narrative is deployed in describing what the EU is, and what it stands for, highlights the mythologisation of the EU as a gender actor, as outlined in the opening statement by High Representative Mogherini and Vice President Timmerman (MacRae, 2010). It is, however, a position that needs to be tested in the context of both mainstream policies, where gender is still largely overlooked, and future developments in equality policies, focusing more readily towards the actualisation of substantive, rather than formal, equality. This requires more nuanced and detailed analysis of the relationship between Member States’ positions on the one hand and institutional actors/processes on the other; the negotiations around the 1992 Pregnant Worker Directive are a case in point (Guerrina, 2005; Masselot et al, 2012).

What this discussion fails to do is to infuse a gender dimension to mainstream discussions about EU politics and policies. Ultimately, an analysis of the gendered impact of this referendum and the UK’s relationship with Europe extends beyond women’s equality policies, although these are clearly still very important. Little or no consideration has been given to the gendered impact of “mainstream” policies. There is clear evidence that traditionally “gender-neutral” policies, e.g. economic and monetary policy as well as security and defence, have unintended (gender) consequences. However, the asymmetrical impact of policy decisions in these areas on men and women is often overlooked in favour of higher political priorities (Guerrina, Allwood and MacRae, 2013).

The ghettoisation of gender to discussions about women’s employment rights in the referendum debate is likely to be one of the long-term repercussions of this vote. Rather than engaging women in a constructive debate about the future of the UK in Europe, economic and political rationalities currently dominating the debate will ultimately crystallise political binaries that relegate “women’s concerns” to the area of social policy and low politics.

Masselot, A.; Caracciolo di Torrella, E. and Burri, S(2012) Fighting Discrimination on the Grounds of Pregnancy, Maternity and Parenthood: The application of EU and National Law in 33 European Countries. European Commission

Roberta Guerrina is Reader in Politics at the University of Surrey. Her main research interests are the interface between national, European and international politics, particularly with reference to the role of gender values/norms in shaping policy agendas. 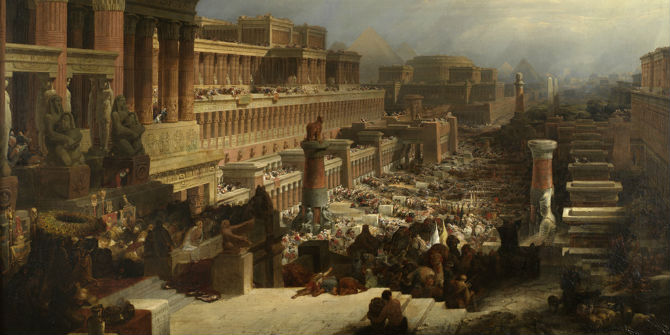