Is the EU in danger of collapse following the UK’s decision to leave? Miguel Angel Lara Otaola writes that Brexit represents a key challenge for Europe’s post-war system of open markets, cooperation between nations, stability, and peace. He argues that both the UK and the rest of the EU will need to be constructive in their negotiations if they are to avoid aggravating tensions and divisions.

In 1946, Winston Churchill spoke in Zurich, Switzerland, about the tragedy of Europe. The signing of the treaty of Versailles after the First World War did little to prevent future conflicts amongst the countries of Europe. It was too harsh on the losers, taking away their political influence, territories and colonies, and making them pay extremely costly war reparations. It also included a ‘war-guilt’ clause that sought to make Germany solely responsible for the war, which was not the case.

This brought about economic crisis and unemployment and fueled resentment and nationalism within Germany. Anti-democratic leaders vowing to change this situation and end the post-Versailles treaty order came to power. As a result, the Second World War followed and once again Europe was at war. Tyrants and dictators repressed opposition groups and parties, cancelled democratic freedoms of speech and assembly, and committed unparalleled crimes and genocide. After the conflict, millions lay dead, cities were ruined, homes were destroyed and what was left of an entire generation was in despair.

This could have been fertile ground for scapegoating and easy solutions, matching those promised in the 1930s. However, the mistakes committed after the First World War were avoided. The lesson of “The Economic Consequences of the Peace” had been learnt. The remedy, in the words of Churchill himself, was to re-create the European Family and provide it with a structure under which it could dwell in peace, in safety, and in freedom. A kind of United States of Europe.

This is what actually happened. After the war, a group of visionary people dedicated all their talent and energy to end the frequent conflicts in the continent. A project for peace, unity and prosperity was founded, starting with the establishment of the Council of Europe in 1949, the European Coal and Steel Community in 1951, and the European Economic Community (EEC) in 1957. In parallel, the US launched the Marshall Plan to provide economic support to rebuild Europe. The aim was to prevent future conflicts through open markets, free trade, economic integration and the promotion of cooperation between European countries. In short, the goal was to ‘make war not only unthinkable but materially impossible’.

With Brexit, this project is now at risk. The risk, however, does not come from the economic and financial consequences we have seen so far. It is not about the dramatic drop in the value of the pound to levels not seen since 1985, or the plunge in the European stock markets, or the talk of moving jobs to Europe by some London banks, the resignation of David Cameron or the divisions in the Labour Party. It is not even about the bureaucratic and legal nightmare that will ensue if Article 50 of the Lisbon Treaty is invoked, which involves figuring out how trade in goods and services, migration, and EU legislation will work with regards to the UK.

The risk does not come from what the Brexit referendum was formally about: the UK leaving the European Union. The risk comes from what it was actually about for some: anger and hate. The referendum unleashed an isolationist and anti-immigration mindset among some of the populace. The tragic murder of MP Jo Cox, an advocate of Syrian refugees and of the UK staying in the EU by a madman reported to have yelled “Britain First” (the name of a far-right group) just a week before the referendum is a case in point. So is the racist graffiti at the Polish Cultural Centre in Hammersmith, London and the rise in racist incidents reported after the referendum. This has not been Britain’s “finest hour”.

The Vote Leave camp criticised the UK’s open door to Europe, asking to vote “Leave” in order to take back control of the country. This divisive campaign fueled nationalism and has threatened the European project and its values. Extremist politicians are on the rise in Europe and some have called for referendums on their own countries leaving the EU. It is not a coincidence that amongst those celebrating Brexit are Marine Le Pen from the Front National in France, the neo-fascist Golden Dawn party in Greece and Donald Trump in the United States, a man who has called for the banning of Muslims entering the US and the building of a border wall with Mexico (the United States’ second largest trading partner).

Brexit may be the first domino to fall, and the fear is that this could be the start of a trend against the post-war system of open markets, cooperation between nations, stability, and peace. Moreover, our divisions within Europe benefit the imperialistic and belligerent agendas of anti-democratic regimes such as Russia and China.

We cannot allow this. As a member of a family who has experienced the horrors of nationalism and intolerance, as a European and as a proud member of Western Civilisation I cannot stand by this. It is not about the economic consequences of Brexit. I am a firm believer in British ingenuity and I am certain the UK can weather the storm and still be a thriving economy and an attractive destination for investment and trade. It is about avoiding a new dark age. An age of division, isolation, and hatred.

We cannot ignore the legitimacy of the referendum. It was a free vote. However, there are several things the British people can do to reassure that their country is still outward-looking, committed to international cooperation, and a strong ally of Europe. Write to your MP and tell them to consider the consequences of Brexit and vote with their conscience when the time comes. Tell them to support a referendum on the withdrawal terms so that Britain does not abandon the EU completely. Encourage them to pursue a European and internationalist agenda.

Tell them to condemn, strongly and publicly, any racist expressions, threats or attacks occurring in their parliamentary constituency or indeed anywhere in the country. Wear a safety pin. Join the rallies to increase pressure on parliament and on the government, so that this historic and strategic bond is not completely broken.

At the same time, there is something that must be done by the leaders of the EU. During these confusing times, they should not treat the UK harshly for the outcome of the referendum. Trying to make an example of the UK can aggravate tensions and division and provoke more nationalist sentiments in the UK and across the whole of Europe.

Again, as Churchill said in Switzerland, “If Europe is to be saved from infinite misery, and indeed from final doom, there must be an act of faith in the European family”. We need to leave behind post-Brexit nationalism and keep Britain Great.

This article first appeared on LSE EUROPP and it gives the views of the author, and not the position of BrexitVote, nor of the London School of Economics.

Miguel Angel Lara Otaola is a Visiting Fellow at the Electoral Integrity Project at the Universities of Sydney and Harvard, and a Doctoral Researcher at the University of Sussex. He has worked for the United Nations Development Programme (UNDP) and Mexico’s National Electoral Institute (INE), amongst others. He has also participated as an electoral observer in several missions in Australia, the EU and Latin America. 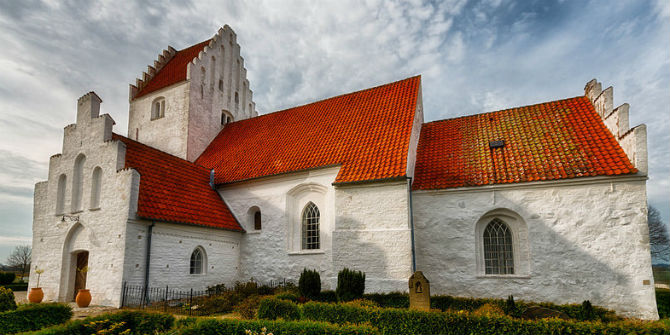