New Brexit-based rules are likely to impact on devolution. There is serious danger that is re-making the UK’s constitution under our noses, writes Daniel Wincott (Cardiff University).

The UK’s system for intergovernmental relations (IGR) between devolved and UK governments has been hidden in obscurity. Arcane processes – Legislative Consent Memoranda (LCMs – also known as Sewel Motions) and Joint Ministerial Committees (JMCs) – are now more widely discussed. Brexit has revealed limits and weaknesses in existing devolution structures. UK IGR is an unappetizing spaghetti of abstruse acronyms, but compared to other multi-level states it is also remarkably informal and limited. Opportunities to develop the system may emerge, but it could also collapse under the pressure of leaving the EU. New Brexit-based rules are likely to impact on devolution. After a long static period, they are now coming thick and fast. Engaging with these issues is challenging – Brexit and devolution can both be bafflingly complicated. Efforts are being made to support and co-ordinate this engagement. 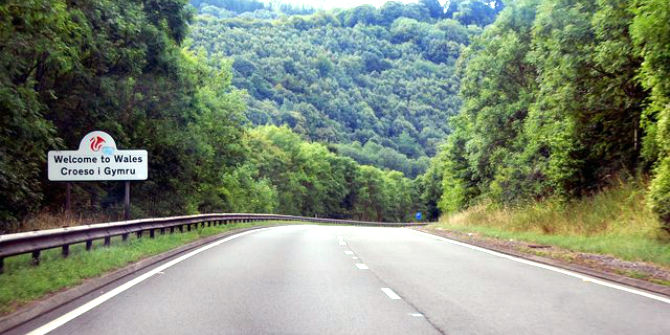 © Copyright Julian P Guffogg and licensed for reuse under this Creative Commons Licence.

The Withdrawal Act, given Royal Assent on 26 June 2018, is a key plank of UK Brexit strategy. Essentially, the Act domesticates much EU law, ‘retaining’ it as part of domestic law.The Act strengthens the UK government, providing the executive with wide-ranging power to issue secondary legislation, or Statutory Instruments (SIs). 800-1000 SIs are anticipated. Their range and depth suggests Theresa May expects serious challenges, but Whitehall cannot yet predict fully what form they will take. The process of issuing SIs under the Act began in July 2018. Typically, the time and scope to scrutinize them is limited.

As first drafted, the Withdrawal Bill proposed to sweep up and centralize powers at the expense of the devolved political systems. Essentially, it sought to move all areas of retained EU law – including in devolved policy areas – to Westminster. The UK government seems hardly to have noticed that its proposal to accumulate these powers would ride roughshod over devolution. Politicians in Wales and Scotland saw the proposals as a power grab. Neither devolved legislature gave consent for the Westminster legislation. Both passed alternative devolved ‘continuity’ legislation.

Ultimately, the UK government redrafted the legislation to acknowledge what most Scottish and Welsh politicians see as a key principle of the territorial constitution: where policy was already devolved, EU law should return to the devolved institutions, not Westminster. These changes persuaded the Welsh Government to change its view and consent to the Withdrawal Act. At the same time, the Act provides for restrictions on the exercise of some important devolved powers for up to seven years. It gives London the authority to write the rules in the restricted areas. Debate over its devolution provisions – or more precisely the lack of time for debate – generated acrimony at Westminster. Ultimately, the Scottish government did not feel the change had gone far enough, and withheld consent.

The contrasting Welsh and Scottish positions on the Withdrawal Act make perfect sense. The devolutionist but ultimately pro-UK Welsh government has sought to ‘bank’ gains made from the initial position on the Withdrawal Bill. The SNP government in Scotland takes a more robust view. Independence is their ultimate objective. They operate with a stronger form of devolution, have a separate, established legal system and lead a country with a referendum majority for Remain.

The UK’s devolved system was carefully constructed to ensure that the devolved policies could not breach EU law. As with Westminster, EU laws and principles run right through the fabric of devolution. The framework it provided for devolution was an unintended benefit of EU membership – a kind of scaffolding that has helped to support and hold together the parts of the UK. EU membership has allowed devolved authorities to pursue distinct policies within a shared framework set outside the UK.

Such as it was, that system was heavily based on JMCs. They ranged from a plenary meeting of the Prime Minister and devolved First Ministers – JMC(P) – to meetings of specialist ministers in particular policy fields. But except for EU matters, no specialist formation has survived. JMC(E) – for EU policy – was much the most active committee, until it was superseded by the European Negotiations Committee (JMC(EN)).

At most, JMC(P) has met once a year. And there were years – 2002-2008 and then from late 2015 until towards the end of 2017 – when it did not meet. Even the relatively active European JMCs have not met at all for significant periods – the JMC(E) from late 2015 to late 2016; the JMC(EN) from February 2017, shortly after its creation, to September 2017. Even when JMC(EN) meetings were called, the UK government sometimes seemed unprepared to meet. Sometimes the Welsh participants left Cardiff for London without knowing precisely where the meeting was to be held.

Eventually, the JMC(EN) made progress. Alongside changes to the Withdrawal legislation, novel machinery for IGR started to take shape. A new Ministerial Forum emerged below the JMC. And even after it became clear agreement between Westminster and Holyrood was not achievable, Lidington ‘put on record that … the Scottish Government has engaged for many months in a very constructive fashion’.

Yet, as the Withdrawal Bill went through its final stages, a sense of déjà vu took hold. Hostility and mutual incomprehension, not constructive engagement seemed to be the order of the day. Some accused Lidington of talking away any time to debate the devolution issues. They walked out of the Commons. Conservative MPs laughed them out of the chamber, calling the walk-out a stunt. In defiance of convention, May’s government pressed ahead to pass the Act without Scottish consent.

After the Withdrawal Act

Scotland and Wales parted ways over the Withdrawal Act. Shortly after it passed, Theresa May held a Cabinet meeting at Chequers – and issued a White Paper on the UK’s future relationship with the EU. Despite assurances, the devolved governments had not been consulted on these plans. If the Withdrawal Act divided Wales from Scotland, the White Paper brought them back together. Where their interests align, the two governments are able to collaborate.

Brexit places devolution at risk. Care, goodwill and constructive engagement is needed from all sides, if a workable system of devolution is to emerge after the UK leaves the EU. New pressures are emerging which inherited structures and attitudes will not be able to overcome. New institutions, relationships and – most of all – mentalities need to be nurtured. Otherwise, we could become trapped in a repeating cycle of periods of effective collaboration on the one hand and episodes of hostility, mutual incomprehension and disdain on the other. Devolution could face déjà vu all over again.

This post represents the views of the author and neither those of the LSE Brexit blog nor of the LSE. It first appeared on the Welsh Brexit blog.

Daniel Wincott is Blackwell Professor of Law and Society and ESRC Leadership Fellow for Governance and Brexit Research (ES/R007500/1). His work is also supported by the ESRC ‘Between two Unions’ Project (ES/P009441/1). 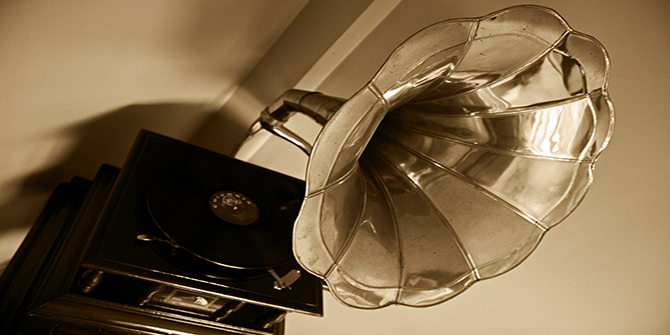